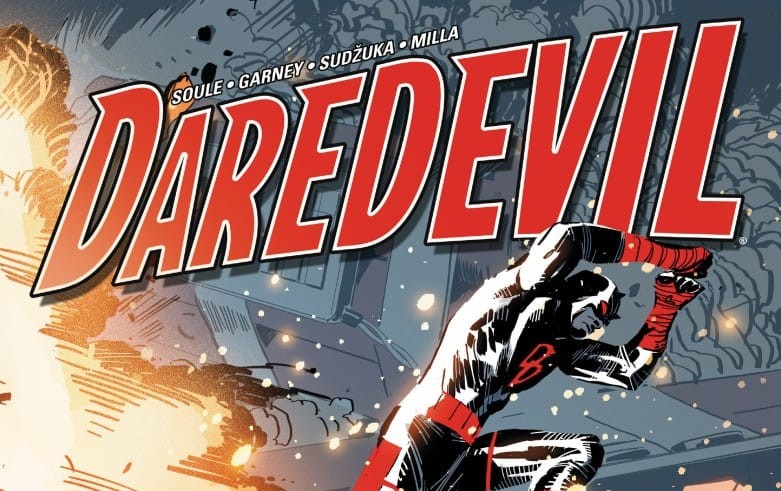 DAREDEVIL has been one of my favorite Marvel characters for quite some time. Being mostly familiar with Frank Miller and Klaus Janson’s run, this volume of DAREDEVIL has a difficult act to follow. This issue shows how DAREDEVIL keeps itself relevant with a gritty art style and color scheme combined with plot lines that feel as fresh and relevant as this morning’s news.

The villain of this arc is the sinister Tenfingers, a Chinese man with ten fingers on each hand (Ew, right?) who runs a church in Manhattan’s Chinatown. He exploits poor, illegal Chinese immigrants by giving them protection in exchange for their total devotion. He establishes a church called the Church of the Sheltering Hands, which is a cover for his business of extortion and murder. So far, our friend Hornhead has had little luck in exposing Tenfingers for the criminal he is and calls on an old friend to help him in this issue.

Emphasis on the old. Steve Rogers has lost the effects of his super soldier serum, causing him to appear as his true age of 90, without any of his athletic prowess. He’s still a tactical genius, though, and he guides Daredevil in a raid on one of Tenfingers’ apartment complexes rigged to blow with all the tenants inside.

READ: Check out our review of DAREDEVIL season 1 on Netflix!

Rogers is a great leader for Daredevil and is truly the guiding force in this issue. Under his leadership, Daredevil begins to wonder about his place in the world and his own identity. This allows us to see another, harsher side of him.

We see this when Daredevil’s beating of the henchmen visibly frightens the people he’s trying to protect. Seeing this side is what I love about Daredevil. He’s a tough guy raised in a tough neighborhood, so it makes sense that he’d be so aggressive. He’s also defending his home, Hell’s Kitchen. 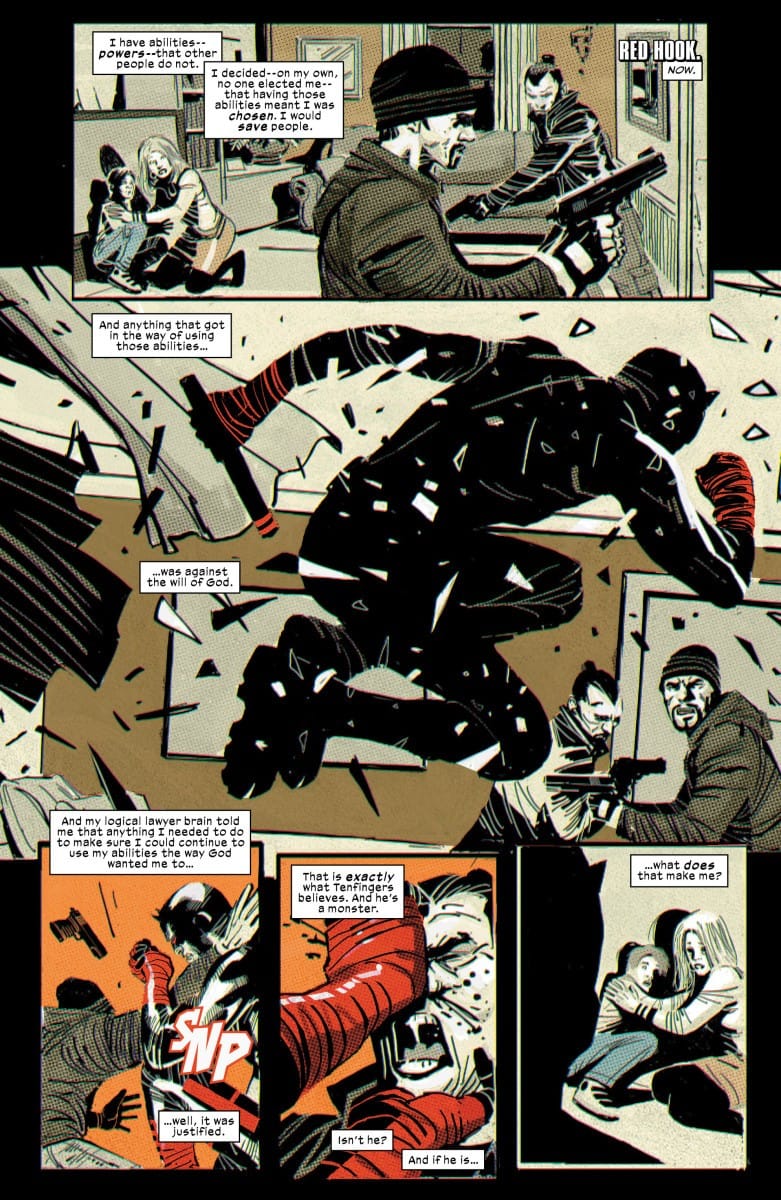 Daredevil clearly scares the people he’s sworn to protect as he beats henchmen senseless, which complicates our view of Daredevil as a hero. The reader is also challenged to question whether he is using his abilities for the greater good as he reflects on his role as a hero.

The art in this issue relies heavily on color, making things appear as completely different colors depending on the light or what colorist Matt Milla wants to emphasize. Panels often take a monochromatic form, and the way this is used can show a sharp change in point of view, such as when we see the bomb device the way Daredevil “sees.” It also intensifies the action of the scene by washing everything out in red. It’s fantastic storytelling, and I can’t wait to see more of it. 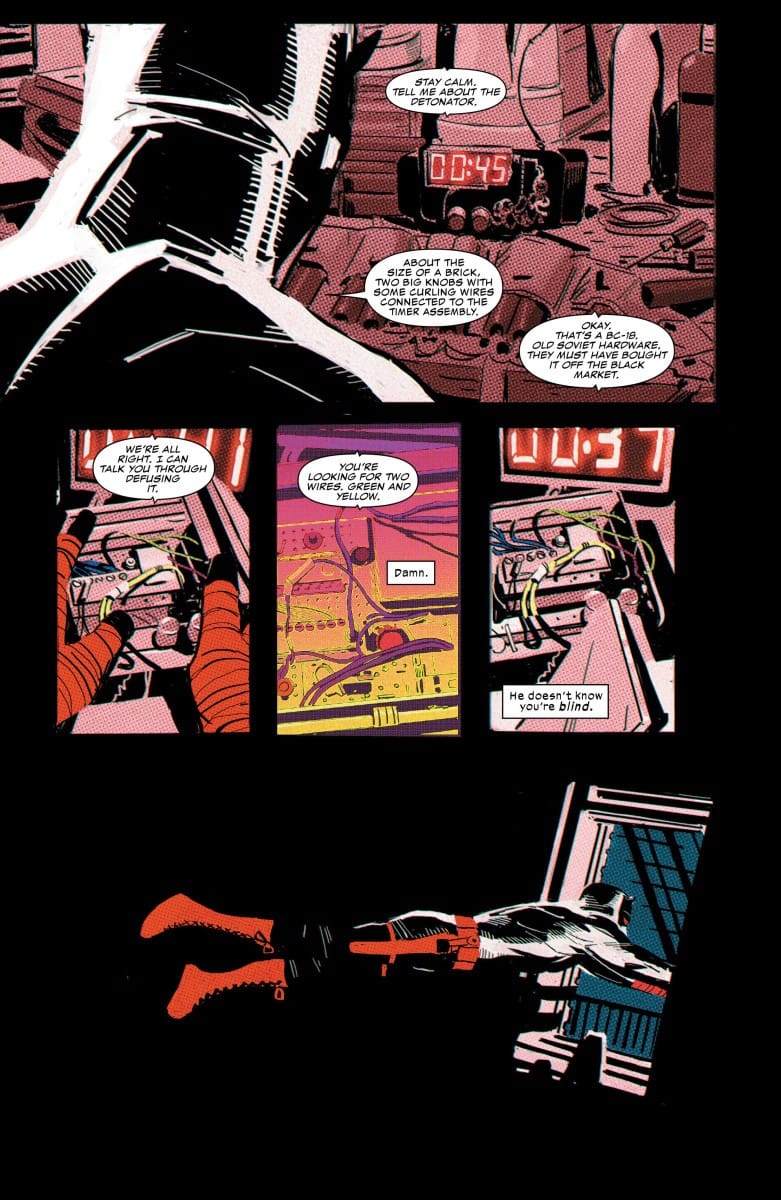 The subplot with Daredevil’s young apprentice, Blindspot, is also great. He’s an illegal Chinese immigrant who built a suit that can turn himself invisible. His mother has recently succumbed to Tenfingers’ charms and tries to bring him into the Church. He then literally disappears before her eyes and tries to persuade her to reconsider. I really like the idea of Daredevil having a young ward, and I’m excited to see how their relationship pans out.

Overall, I think that this issue is a strong example of how good a rebooted Marvel series can be. It’s going different places with its art, characters, and plot. On a personal note, this is probably my favorite of the new Marvel series, and I highly recommend it to longtime fans of Daredevil or people who’ve never read him before. You’re in for a treat.