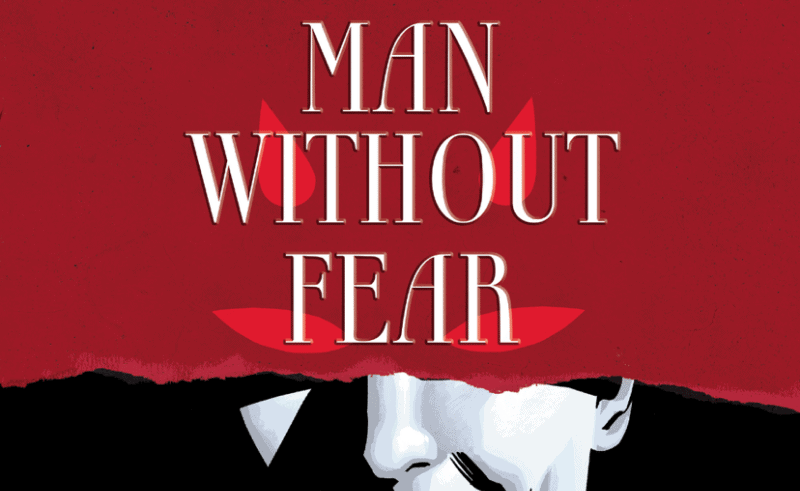 DAREDEVIL #18 Review: Is This the End?

DAREDEVIL 18 marks the final issue of the series, and the final issue of Mark Waid and Chris Samna’s acclaimed run. After having the longest continuous run on DAREDEVIL in Marvel history, even outlasting Frank Miller and Brian Michael Bendis, Mark Waid sticks the landing with this finale. Along with some of the best art that Marvel has to offer, DAREDEVIL 18 is a terrific showcase for the Man Without Fear. 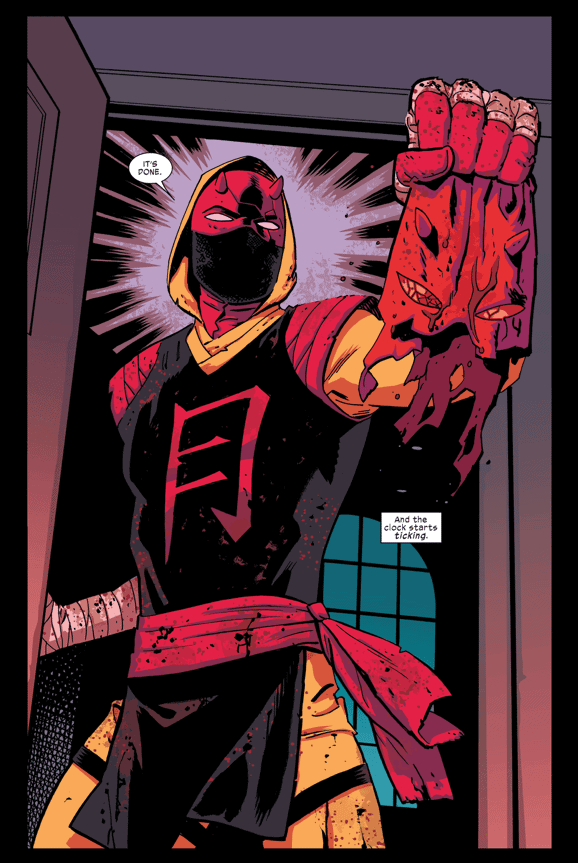 Since the beginning of Mark Waid’s run on DAREDEVIL back in 2011, I knew that this run was going to be something special. The character of Matt Murdock had previously always been one of the more darker characters. He was like a really unlucky Batman with the weight of Irish Catholic guilt. He was even possessed by an evil demon, but let’s forget that ever happened. But as soon as Waid started his Daredevil journey with then artist Paolo Rivera, things seemed different. The book was brighter. The book was happier. This was a return to the swashbuckling roots of the character that were introduced in the early days during the Stan Lee and Bill Everett issues. It was a whole new side to the character that hadn’t been seen in years; a breath of fresh air.

Four years later, Waid has continued that trend. Matt has revealed to the world that he’s Daredevil. He’s relocated to the San Francisco. A lot has changed, but it’s all lead up to an amazing climax with issue 18. In this issue, Matt has to deal with the fallout of the Kingpin knowing his true identity and using it as leverage against him. Matt’s plan to get him, and his friends, out of this unscathed is perfect and shows Daredevil’s truly fearless persona. Waid manages to weave in both the gritty and dark sides that have been seen in Daredevil books of yore and the recent television show, but also sneaks in his trademark happiness that Matt Murdock deserves. This issue is a great combination of all the aspects of Daredevil, and is a great way to end the series.

I cannot say enough about Chris Samnee. Ever since I discovered him as the guy unlucky enough to have to follow up the fabulous work Paolo Rivera did on the book, I knew Samnee was born for this. Samnee’s art harkens back to the traditional era of comics: thick lines, dark inks, basic panel layouts. It’s a masterclass of comic book-y comic book art. His Daredevil leaps across the pages. Samnee nails all the expressions across the faces of the entire cast, whether its a broken and beaten Matt fighting off punch after punch, or an ecstatic Foggy Nelson shoving hot cheesy pizza in his face. Chris Samnee also draws one of the most physically intimidating depictions of Wilson Fisk that I’ve ever seen. This issue also shows off some awesome hand drawn sound effects that I feel are sorely lacking in most comic books today. Not to mention, he also draws a delicious looking pepperoni pizza. 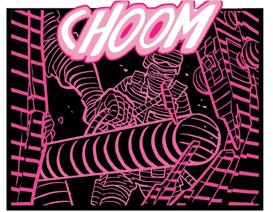 Colorist Matthew Wilson also shines this issue with one of the most colorful issues I’ve seen. The benefit of moving Daredevil to California is that we get to get away from the traditional dark colors of the New York City skyline, but instead get some deep warm hues that marry great with the bright red Daredevil costume. 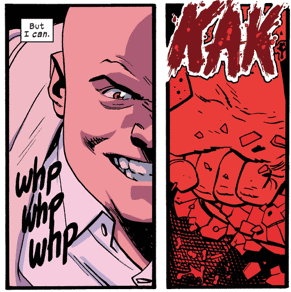 In the end, DAREDEVIL 18 is a gem of a comic. It encapsulates everything that makes Daredevil a terrific character, and throws it all into one single issue which is a feat in and of itself.