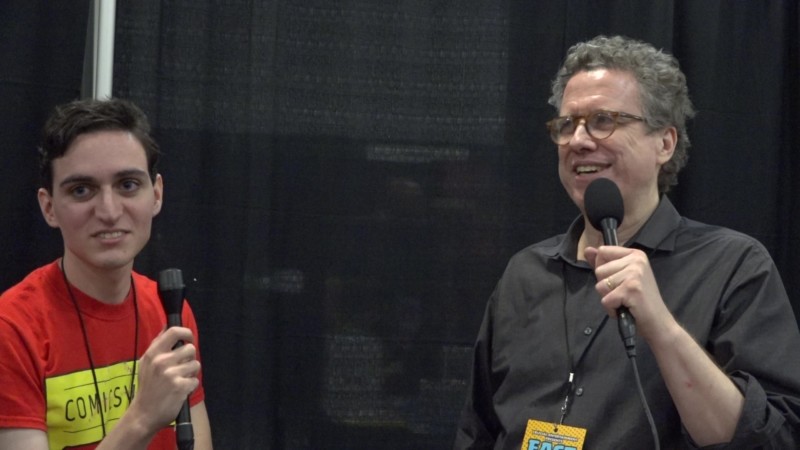 ComicsVerse was lucky enough to sit down (or rather stand up, as he points out) with comics writer and editor Danny Fingeroth at East Coast Comicon 2017 in New Jersey. In this Danny Fingeroth interview, what talk about the work for which what Danny is best known. Namely, we discuss his slew of SPIDER-MAN titles and his books about comics and the comics industry.

WATCH: Want another interview with Danny Fingeroth? We caught him previously at Wizard World Philadelphia!

In this Danny Fingeroth interview, we talked first about his book Superman on the Couch: What Superheroes Really Tell Us About Ourselves and Our Society. He explained it’s about the gradual infusion of comics, especially superheroes, into our everyday life and culture. Next, we talked briefly about his career, and what some of his favorite works are. Then, we talked about another book of his: Disguised as Clark Kent: Jews, Comics, and the Creation of the Superhero.

He told us that he saw not as much Judaism the religion but the Jewish culture and sensibility as influential in comics. Lastly, we talked about his upcoming biography of Marvel Comics titan Stan Lee. Stan Lee is perhaps the best-known creator in the comic book industry. Fingeroth told us that he thought his book felt different from others. This includes his previous book about Stan Lee, primarily because he too had been part of the comics industry, and he “knew how the sausage was made,” and this was more a traditional biography than a look through the archives or interviews.

As previously mentioned, Danny Fingeroth is best known for his work on the SPIDER-MAN titles. However, he also worked on many other Marvel favorites, like DAZZLER, AVENGERS, DAREDEVIL, WHAT IF? and more. In addition to our earlier mentions, he also wrote several books regarding the comics industry, including The Rough Guide to Graphic Novels.