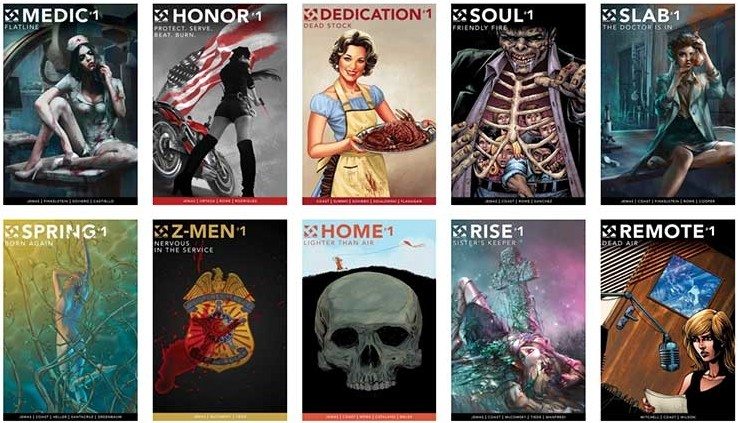 Guys, I have to say, Double Take comics has been killing it so far this year. They have 10 ongoing series and what’s even cooler is the first two issues of every one of these titles is free on their website, www.doubletakeuniverse.com.

Not only are they releasing the first two issues of each series for free on their website, but Double Take is also doing something incredibly cool within the realm of shared universes. Many of their comics are horror or thriller based, so what better horror universe to set your comics in than George A. Romero’s Zombie-verse? That’s right ladies & Gentlemen, Double Take comics has their comic titles set in the same canon as the horror-camp classic NIGHT OF THE LIVING DEAD. 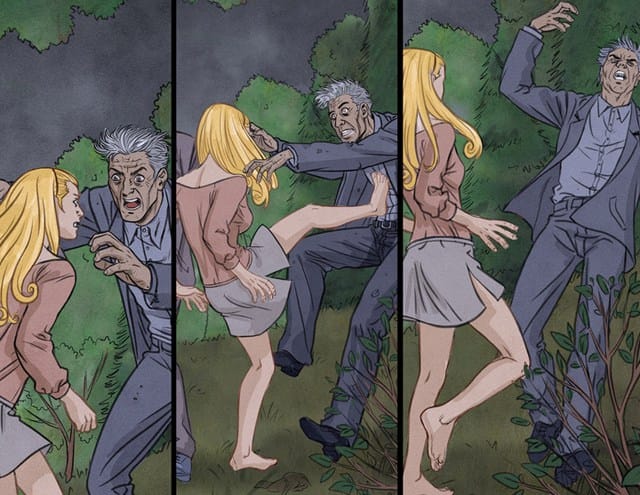 Double Take has all ten of their original titles set in the universe that Romero’s first classic film established. Some die-hard zombie fans might be disappointed that these titles are only in the continuity of NIGHT OF THE LIVING DEAD and exclude other awesome Romero films such as DAWN OF THE DEAD or LAND OF THE DEAD, but with one of Double Take’s more popular titles, Z-MEN being adapted into a film soon, who’s to say the extended universe they’ve created can’t be expanded?

CLICK: Up to date with Z-MEN? check out our review for issue #3!

Many of these titles are original stories with original characters, but there are also comics that follow characters that fans of the film will recognize.  There are even some scenes from the original film recreated in comic form to better help readers get behind the adopted continuity. Double Take has released two videos from two of their more popular comics, SOUL and RISE, that depict how they are tying the film and comic world together. Check them out below!

Be sure to check out the FREE first 2 issues of all Double Take’s great titles, and beware: “They’re coming to get you Barbara….”