No one makes leaders quite like members of the Batman Family. From Dick Grayson down to Tim Drake, apprentices under Batman naturally fall into the leadership role sooner or later. Damian, however, prefers to take control by force. In hopes of stopping his villainous grandfather, Robin has brought together four teenage superheroes to create his own Teen Titans. But as the grandson of Ra’s al Ghul, one of DC’s greatest conquerors, we ask the question–is Damian becoming a leader or just another dictator? 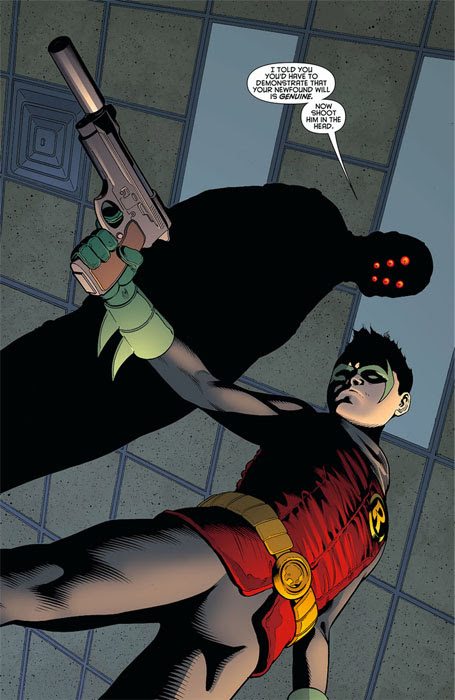 Where there’s a will…

Although ambition in a leader is necessary, Damian tends to use violent and deadly methods for pursuing his ambitions. Under Ra’s al Ghul, Robin has been taught to turn lethal and even cruel if the cause requires it. Much like a dictator, Damian embraces the idea that the end always justifies the means. He has been taught not to hesitate to kill if it means completing the objective. Robin has even risked the life of his own teammates, chiefly Tim Drake, for his own gain. Human life, in his mind, is only a small consequence when measured against his duty and his mission.

READ: Find out everything you’d ever need to know about Damian Wayne here!

While under Batman’s mentor-ship, however, Damian has slowly learned to show mercy and restraint over the years as Robin. Now given a new perspective, Damian’s potential for good is unparalleled. His skills and intelligence, backed by his relentlessness, makes him an ideal leader. When dedicated to pursuing justice the right way, Robin is near unstoppable. It is that same “unbeatable” attitude that is inspiring to those around him. Robin’s confidence and drive to complete the mission instills faith in his teammates, who cannot help but follow his enthusiasm. 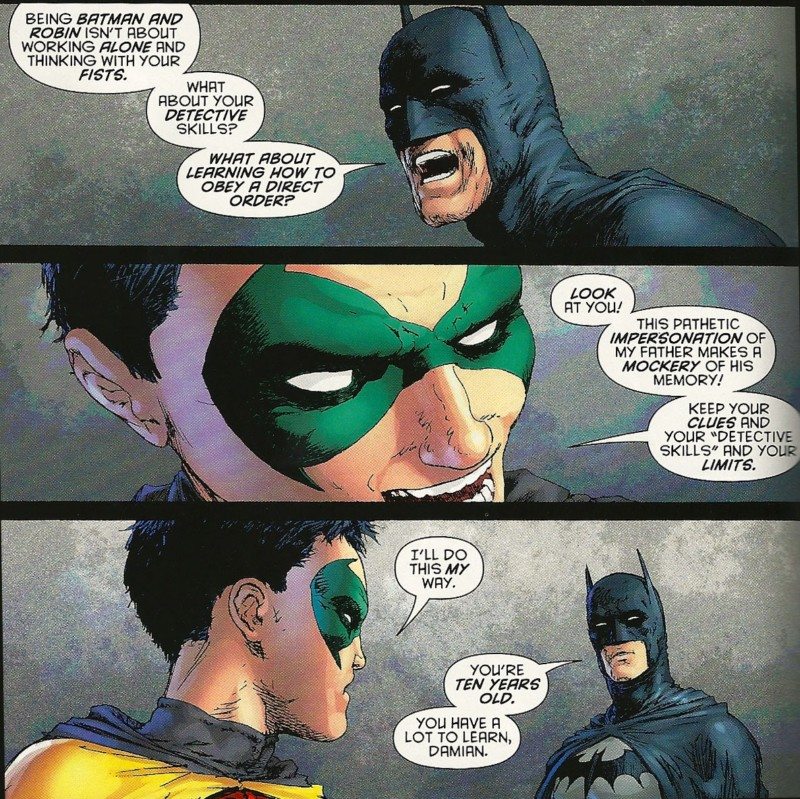 Damian’s always followed his own set of rules. He believes his is not just the best way but the only way. Every problem can be solved with his fists and no one can question his reasoning. Like Ra’s al Ghul, Damian sees himself as superior to those around him and, therefore, doesn’t need to consult with others. He’s rash, reckless, and in his arrogance disregards genuinely beneficial advice. In Robin’s own eyes, there’s nothing he doesn’t know.

However, although he may be difficult to teach, it’s definitely not impossible. After exhausting his own efforts, Damian will usually turn to the guidance of his elders. While under Dick Grayson’s Batman, Robin learned the value of teamwork and planning. He’s come to find that there’s always more to learn and areas where he can improve. Damian no longer tries to prove himself, but instead, accepts his role as a partner until he is ready to step out on his own.

READ: Can Damian hold his own against the great Dick Grayson? Read as we compare two of the greatest Robins to ever don the green tights! 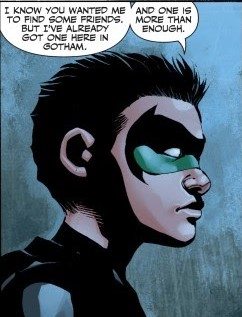 Maybe there’s a heart there after all

Growing up in the League of Assassins, Damian Wayne has developed less than desirable people skills. Trained to be a one-man army from birth, he’s never had much use for friends nor team members. Instead, Damian has been programmed to view others as pawns, whose value is based solely on how useful they are to his agenda. Like his tyrannical grandfather; he will belittle, intimidate, and manipulate people to get what he wants. Everyone to him is expendable and only advantageous for a short period of time.

Having been raised by Ra’s and Talia al Ghul, the young assassin has never experienced proper affection. Therefore, care and compassion are foreign to Damian. However, despite this, he’s been known to form deep connections with the people (and animals) he admires. To those he trusts and respects, such as Batman, Alfred (of whom he even named a cat after) Dick Grayson, and Bat-cow, Robin is loyal even to the point of death. While he may not fully understand friendship, he does understand devotion. This same devotion proves that as a leader, Damian will never abandon his team, or those he cares about.

READ: What else is Damian up to? Read about Robin’s latest adventure with Superboy in our review of SUPERMAN #11! 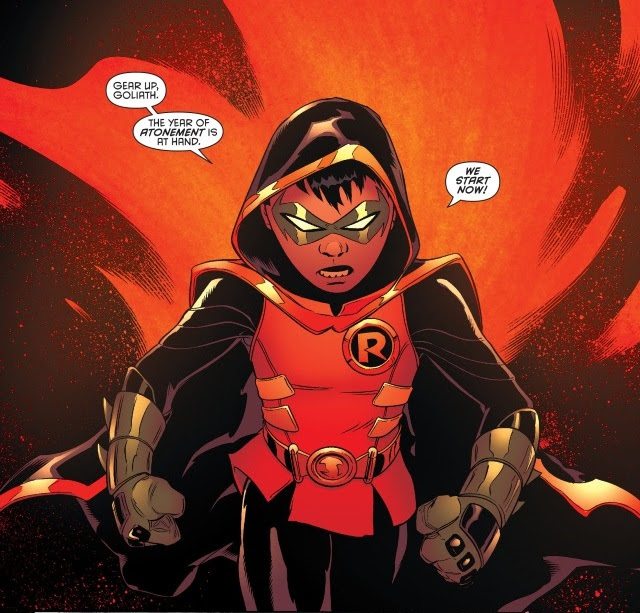 No longer a boy, not yet a man

At only ten years old, Damian is one of the most capable leaders in the DC universe. With the training of the League of Assassins and the mentoring of Batman, he is destined for great success. Although raised in a malicious, cold, and unforgiving environment, Damian still yearns to be good. He may require training and guidance, but with the help of  his father and the Teen Titans, Robin can become the leader he was always meant to be.