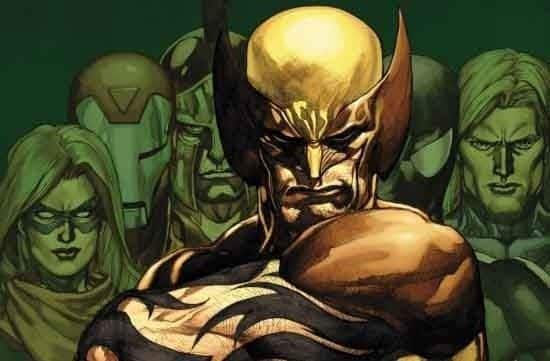 Ever since we found out Logan’s son lived through Romulus’ brutal murder of Itsu Wolverne: Origins #5) , Daken has been shrouded in mystery; Much like his master Romulus. Romulus kept a tight leash on Daken after pulling him from his mother’s womb. Even though he left him with a young Japanese couple, he still watched from the shadows, manipulating Daken into becoming cold and heartless.

His first bout of evil came when he killed a young boy in his village for teasing him with the nickname Daken, English for mongrel. He was told he was a half-breed and not worthy. As the years passed, Daken became increasingly separated from his adopted mother but, surprisingly, had a close relationship with his father. His father introduced him to Dragons. Daken quickly developed a fascination with the Dragons, but also feared them. He was fascinated by their powerful presence and fearful of their iconic symbol. This explains why Daken has the tattoo on his body and why he has his hair in the fashion that he does. He is representing something more than himself, he is representing the Dragons immortalized on his body.

Over the next year, Daken taught himself English and Greek and learned about the great warriors of the past, paying more attention to the Spartans. Daken’s mother became pregnant and gave birth but Daken considered the baby unworthy and kidnapped it. It is theorized that he killed the baby but it has not been revealed. After the baby went missing, Daken’s mother tried to kill him but Daken unleashed his claws for the first time and accidentally kills her. Daken’s father witnessed the murder and knew he had to kill Daken. He could not bring himself to commit the act and killed himself instead. It was then that Romulus first appeared to Daken and took him to begin his training, just like his father. The only difference being that Daken was kept close to Romulus and knew everything, whereas Logan followed orders through carriers and never knew Romulus. Daken went through the same training camp under Silas Burr (Cyber) just as Logan did. This time though, Daken was ordered by Romulus to murder and destroy everyone and everything in the camp after he was done with it. Romulus continued to use Daken for his own purposes for the next 40 plus years, securing his position as master in the world. Romulus eventually reveals to Daken that his father, Logan, is alive and has killed his mother. This sent Daken on a quest for revenge against his father. (Wolverine: Origins – Ongoing Series). 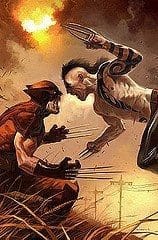 After discovering the truth, Daken sets out for revenge against Romulus, just like his father. Daken hstole a part of the Muramasa Blade in order to forge it to his claws. If he does so, it will make him more powerful than Wolverine (See Wolverine: Origins #36 on sale May 27 to see how this concludes).

I know that a lot of people don’t care for Daken and think that he is just a rip off of Wolverine. The purpose of this article is to convince those people they are wrong. Daken is a very interesting and mysterious character. He is nothing like Wolverine except for his claws, which not precisely the same. Daken has a pheromone controlling power which can lure people into a false sense of security. He is taller than his father by about 6 inches and is more lean. He is very strong and much faster than Wolverine. Deadpool could not even get close to him and Daken dismembered him with ease. He is a very strong fighter and on top of all his physical power, he is also very brilliant. He can outsmart any opponent. For reasons unknown, he has joined Norman Osborn’s Avengers and is supposed to be a hero but on the inside is doing things for his own selfish purposes. Only time will tell what Daken’s reasons are for joining Osborn but, with Romulus still out there, it is a good guess that Osborn is helping him get to him as payment for joining the Dark Avengers. Check out Dark Wolverine #75 on sale June 17th; This issue starts off where Daken takes over the mantle of Wolverine from his father and explores what Daken does when he isnt with the Avengers and looks into his past to better understand him. The first, is a three part arc called “The Prince” and features appearance by the Fantastic Four, written by Daniel Way (Wolverine: Origins, Deadpool) and Marjourie Liu, with art by Guiseppe Camuncoli.