Writer Scott Snyder and illustrator Jeff Lemire drown you in an emotional and personal narrative in A.D.: AFTER DEATH BOOK 1 of 3. This first book presents an in-depth exploration of protagonist Jonah Cooke’s past while keeping the present intriguing. The story explores the nature of death and its effects while painting an unsettling future where the cure for death has been discovered.

WATCH: Can’t get enough Scott Snyder? We interviewed him at NYCC 2016!

A.D.: AFTER DEATH BOOK 1 is the story of Jonah Cooke. In the style of a memoir, Jonah recalls his past, a traumatic memory that gripped him during a family vacation. As a young boy, Jonah loved the thought of being part of a happy family, yet the end always seemed to lurk around the corner. The circumstances of his mother’s health seemed to have burdened Jonah with the thought of death, a feeling of loss. Jonah described this feeling of ambiguity as being on top of a frozen lake with friends and family. The laughter and playfulness are all there, but the character notes you can’t ignore the frozen water underneath the ice. This thought of losing the ones you hold dear can shatter all your optimism. Death is inevitable, yet Jonah is still unable to cope even in a future where death no longer exists. 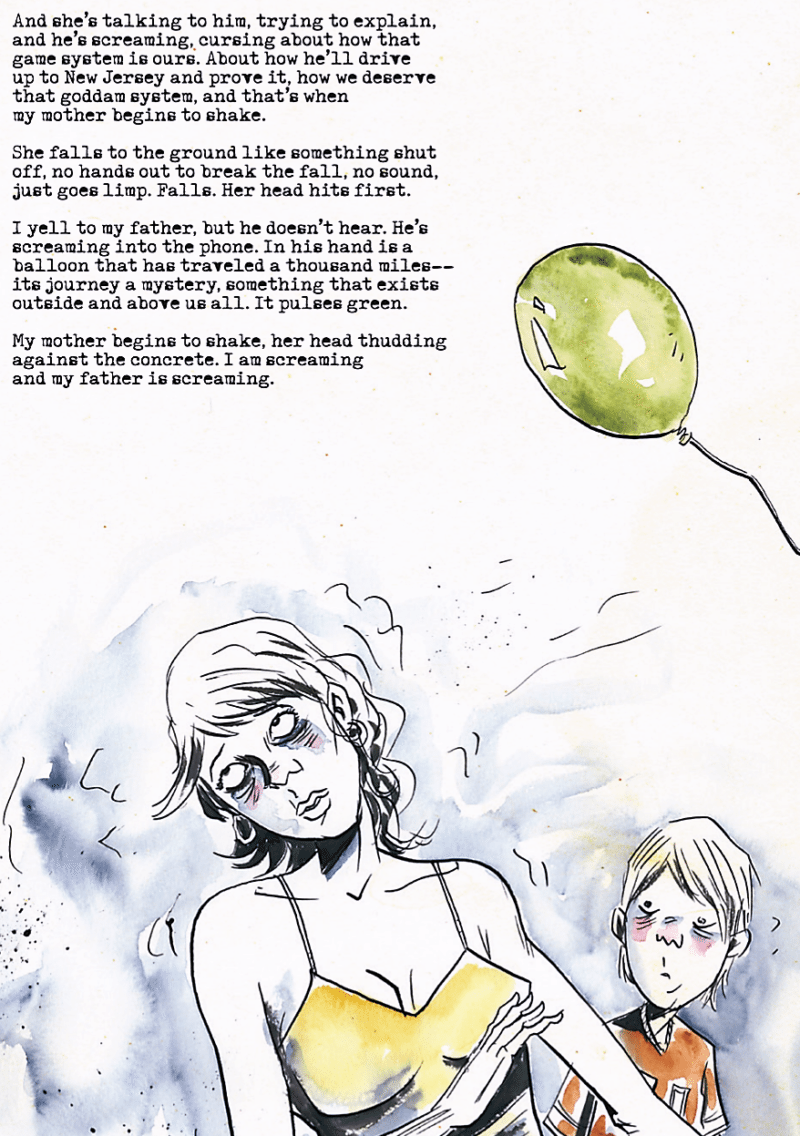 In this non-linear narrative, Jonah describes himself as an average Joe. He wasn’t anybody special before the cure for death was found, yet he admits to playing a part to the discovery. Not much of his present story line is fully explored yet, but Jonah seems to have a knack for stealing. A particular panel of the present shows Jonah’s collection of stolen items which includes a piano, a fish tank, and some strange futuristic tech. Jonah claims to have stolen the “wrong thing,” which lead to the mysterious phenomenon of After Death. This immediately grabs a hold of you. Snyder keeps readers invested in the character long enough to let you question Jonah’s actions and the sci-fi world of After Death.

After this revelation from Jonah, Snyder returns you to Jonah’s past. A backstory on the character’s first stolen item is beautifully captured, which further details Jonah’s childhood experience of love and loss. You gain more insight about Jonah during his past recollections instead when he narrates his present setting in A.D. Snyder seems to be establishing his character by utilizing a beautiful memoir-like feel while further developing the plot that led up to the period of After Death. There are two more books in the series, so Snyder does have enough pages and panels to expand on the plot, yet BOOK 1 still manages to absorb you into it’s intimate, non-linear narrative and art.

READ: New to Image Comics? Here are three reasons why Image is a top publisher!

A.D.: AFTER DEATH BOOK 1 exists in the realm of sci-fi, yet Snyder depicts a different tone and experience of the genre. Instead of focusing on world building, A.D. revolves more around its characters and mysteries. The illustrations by Jeff Lemire further help capture the intimacy and depth of the narrative. Lemire is also a writer of acclaimed series including OLD MAN LOGAN, MOON KNIGHT, and DESCENDER, but he shines here with awe-inspiring art, further helping to differentiate the series from what’s currently on the shelves.

The futuristic world of A.D. seems to possess the simple infrastructures of the modern world mixed with the few advancements that can be seen in some panels. Lemire’s illustrations let you breathe in more of the story’s mood instead of filling the pages with futuristic gizmos to get your attention. In fact, the art seems to glorify the full pages of the narrative with limited drawings. Lemire is able to capture dreamlike (or nightmarish) sequences of Jonah’s childhood past with the use of watercolor. Lemire’s portrayal of character’s having deadpan facial expressions with restless eyes is haunting and perfectly blends with Snyder’s tone. The dark narrative lets Lemire experiment with color, background, and architectural details in limited panels. Lemire’s mesmerizing art style is fully on display as he creates an eerie atmosphere with the sky and clouds which can be praised at the beginning and towards the end of the first book. 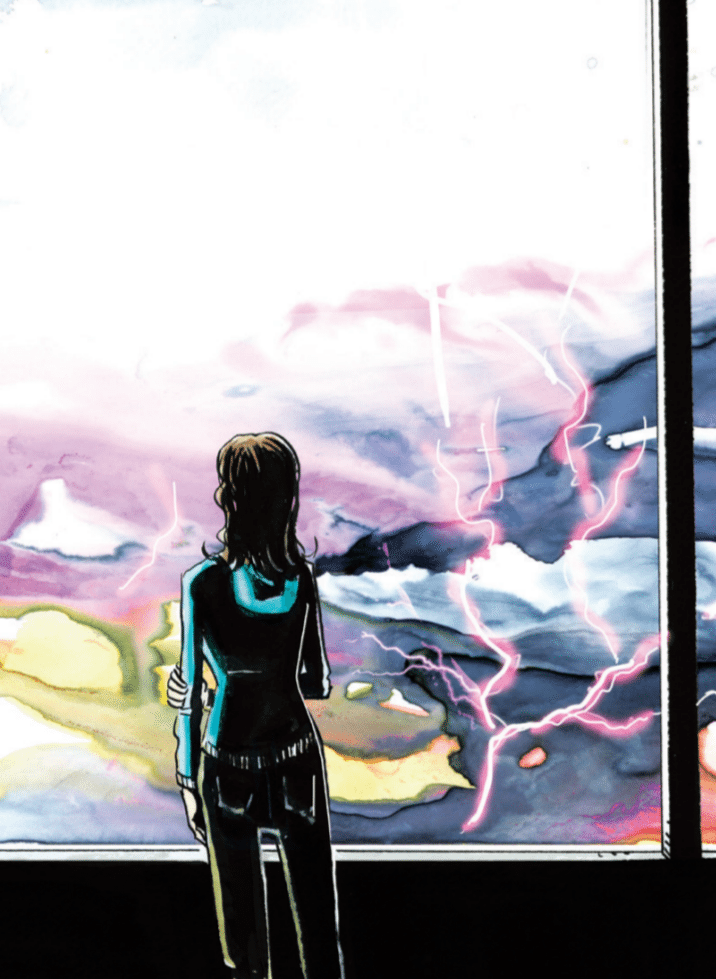 It seems any new release from Snyder is indeed something to celebrate for comic book readers. In A.D.: AFTER DEATH BOOK 1, Snyder’s masterful abilities to create an expressive and personal narrative are on full display, more so than ever. Lemire’s watercolor art and distinctive style captures the doom and gloom vibe without sacrificing simplicity, making Snyder and Lemire truly a dream team. Although our world hasn’t found the cure for death yet, you still have time to grab a hold of this new epic.