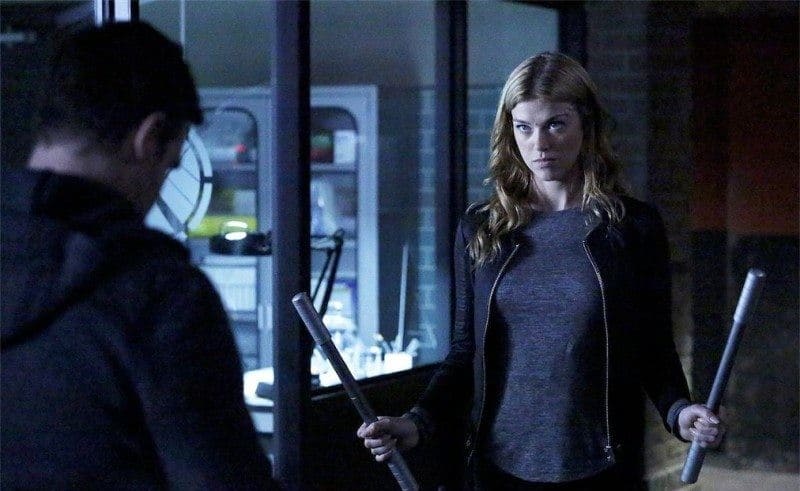 Agents of SHIELD has really been bringing the action the last few episodes in a way that is refreshing after a mostly stale first season.  Season two has been spectacular, and has done a lot to develop the Cinematic Universe overall.  Last week, they focused heavily on the Inhumans, and they continue to develop the mysterious superhuman race in the most recent episode, while further developing our knowledge of another race that we’ve only seen glimpses of up to this point- the Kree.

The Kree, for those who have been following, are the blue-skinned race of aliens which SHIELD used to revive Coulson, among other test subjects.  Ronan the Accuser, from Guardians of the Galaxy, is one of their race.  The alien DNA led Coulson’s team to an abandoned city, wherein Skye found and triggered a weapon that killed Tripp and unlocked some earth-shattering powers in Skye. The Kree have sent a soldier to discover who triggered the bomb, and to eliminate anyone who may have been transformed.

Hunting down the Kree, we get to see a crossover from yet another movie in the MCU- Lady Sif has been sent from Asgard to discover the intentions of the Kree.  For those of you that are counting, we now have Sif from the “Thor” movies, the Kree from “Guardians of the Galaxy”, the Inhumans from the upcoming “Inhumans” movies, and as always, Coulson from every movie up to and including “Avengers”.

Sif gets to be a bit out of her element this time around, though, as she’s lost her memory from the Kree.  Eventually, all of this leads to a confrontation in which Skye’s powers are activated, revealing her secret to the whole team.  While the Kree and Sif want to kill Skye, Coulson and her team protect her and get her to safety- with the exception of Simmons, who doesn’t trust those with powers.  In fact, the team doesn’t really trust Skye’s powers at all, leading to her leaving the team voluntarily, setting up for an episode next week with a lot more Inhuman action. 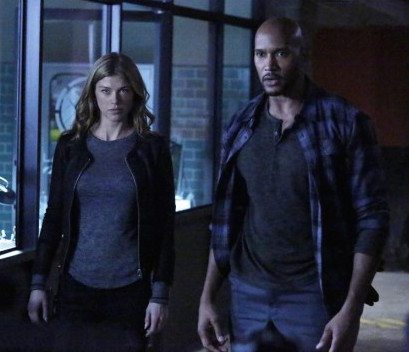 All that said, the most interesting part of the episode was Bobbi and Mac.  They’re planning something, and their intentions are unclear at best.  They’re secretly working for another group entirely- not Hydra, but not SHIELD.  It’s possible it’s just the army, but AIM is another possibility.  Bobbi’s romance with Lance is brought up a lot, and keeps you interested.  You really feel for both characters, as whatever plans Bobbi has with Mac mean she has to end things with Lance.

In the next episode, it looks like we’ll be seeing a lot more Inhuman action, as Skye’s father looks to be forming a team of his own.  It’s anyone’s guess what happened to Ward.  I wonder if we’ll see him again anytime soon?

For more about Agents of S.H.I.E.L.D. click here!
Click here for more about the MCU!
You’ll find more from Travis Czap here!