Agents of S.H.I.E.L.D. Review: Spoilers Ahead!

Last night, Agents of S.H.I.E.L.D. returned, following a 8 week hiatus (and one heck of a 40’s-era miniseries). Titled “Aftershocks”, this midseason premiere episode deals with a lot of the effects of the midseason finale… namely, the death of Tripp and the mutation of Skye and Raina.

The loss of Tripp was a serious blow to the team. While each character brings their own contributions to Coulson’s metaphorical table, Tripp was easily the most laidback and fun member of Coulson’s team. What was even better about his character was how easily he merged with Coulson’s team after the events of season one. What could have been an intense distrust and even hatred became instead a camaraderie which he shared with nearly everyone that remained a part of S.H.I.E.L.D. He was immensely important in the field, and served as something of a mentor to Hunter. 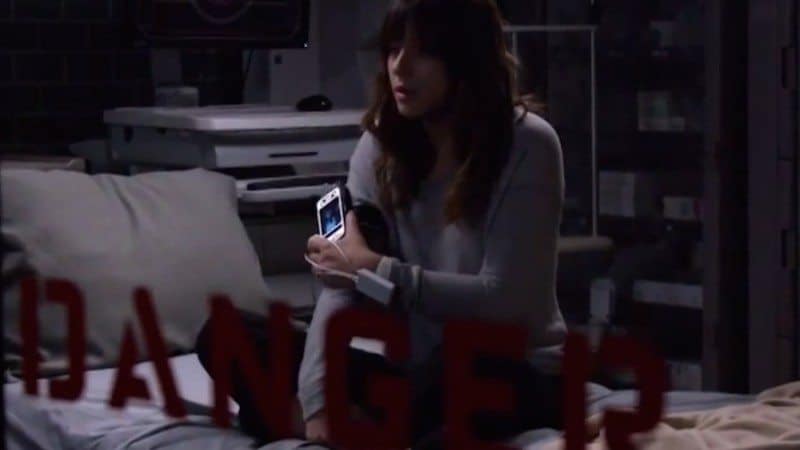 His absence leads to a number of arguments about the S.H.I.E.L.D. team, and at the center of these arguments is Skye- whose name we now know to be Daisy. After her exposure to the Terrigen bomb in the abandoned Inhuman city, the city and caves in which it was hidden collapse all around. Everything is destroyed, including any trace of Tripp and Raina. Skye, however, was completely unharmed, which leads Fitz to deduce that Skye wasn’t a victim of the collapse, but was instead the cause of it.

Fortunately, Fitz’s brain is working enough to realize the danger Skye might be in if this were discovered by other members of the team. While some, like Mockingbird, are fully supportive of Skye, Simmons finds a new way of viewing superpowers and those who have them. Suddenly seeing things with a new “clarity”, Simmons has decided that superpowers are like a virus, a plague that must be wiped out. This is quite a change in character for Simmons, and seems to be a little more in line with the extreme attitudes of Hydra than the sort of ideas we’re used to seeing from Simmons.

Raina, who was presumed dead, actually survived, but is displeased with her own mutations after exposure to the Terrigen bomb. While Skye retained her original form and appearance, Raina has taken on a somewhat feral look, with thorns sticking out of her body all over, similar to the plants she always loved. This throws a bit of a wrench into the gears as far as figuring out which Inhuman she is, but money is on Naja, a relatively new Inhuman.

We get to see some of Skye’s father, who we can all but assume is Jekyll/Hyde at this point. He encourages Raina to kill herself if she can’t handle the gift of her Inhumanity. As she attempts to do so, she is rescued by an older Inhuman, who we saw during the episode’s opening scene. While lacking eyes, the character can teleport. Any fan of Inhumans will recognize this character almost immediately as The Reader. 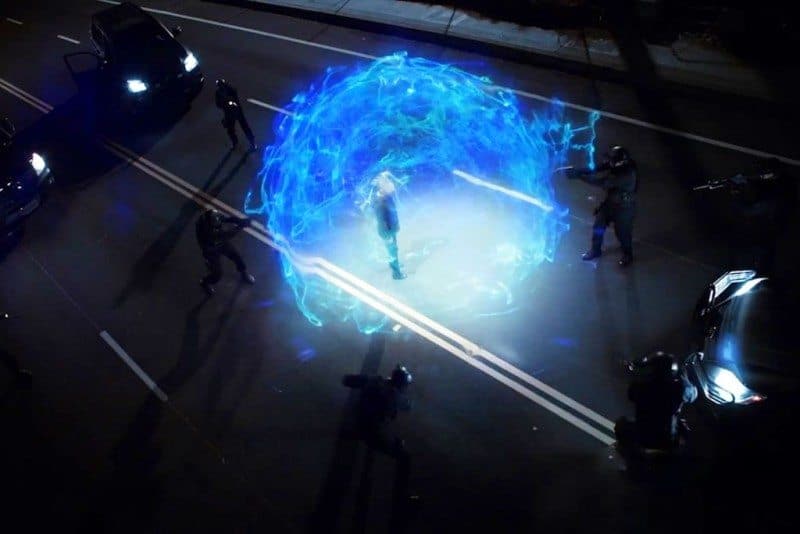 All of the above is somehow side-plot, however, as the hunt for Hydra continues. There’s a neat scene in which May and Coulson fake their deaths, and ultimately manage to turn some Hydra leaders against each other. The fight, of course, is far from over. This part of the episode, while being the main plot, really did seem to take a backseat to the Skye/Tripp/Raina plots. I’m a little concerned about how they’ll carry the show forward with Skye becoming Quake, her father revealing his other side, and yet, remaining grounded in the Agents of S.H.I.E.L.D. subject matter and conflicts that we’ve seen thus far.

Season 2 has so far been very action packed, and has really shown how a TV show can be used to influence and inform movies. Season 1 was far more reactive than active. At this point, with the announcement of the Inhumans movie in the next few years, it cannot be argued that the events of Agents of S.H.I.E.L.D. will be providing a lot of the exposition for that movie. Essentially, much of this show can be seen as a sort of origin story for Quake and the other Inhumans. How many of them will cross onto the big screen remains to be seen, but if Agents of S.H.I.E.L.D. continues the trend from these first two seasons, I imagine that tension and excitement will only continue building.

My biggest question is- how will this show interact with the upcoming Avengers: Age of Ultron movie?

What do you think? Will we see more reaction to the movie, or will the show take a more active role and help set up the action of Avengers 2?

For more about Agents of S.H.I.E.L.D. click here!
Click here for more about the MCU!
You’ll find more from Travis Czap here!