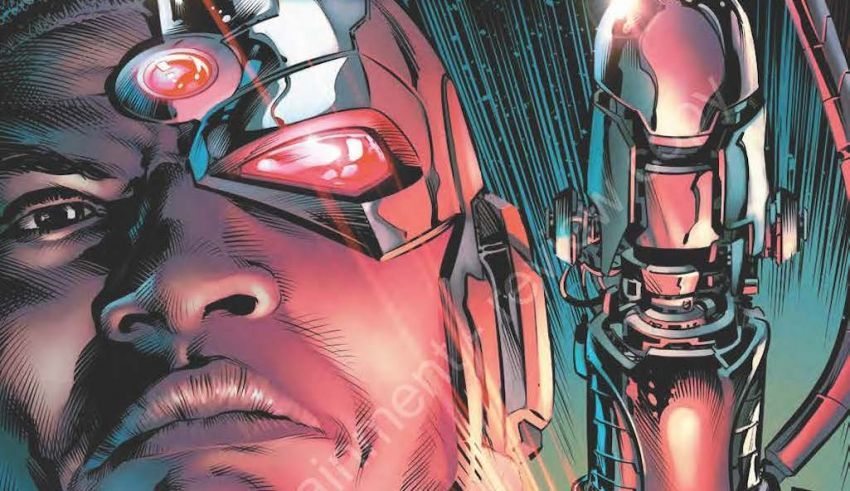 John Semper provides plenty of action in CYBORG REBIRTH’s debut, but where the issue really shines is in its philosophical questioning. Sure, the fight between Cyborg and Malware, the “living data-binary organisms married to biological tissue” monster is epic, but it’s not the focus, even though it takes up most of the issue. The real question the series sets up to hopefully attempt to answer is posed by Silas Stone who, after using alien technology to save his son’s life, wonders, “Had I, in fact, preserved his life, his essence? Or had I just created a technological shell—a ghost—that simply replicated my son?” 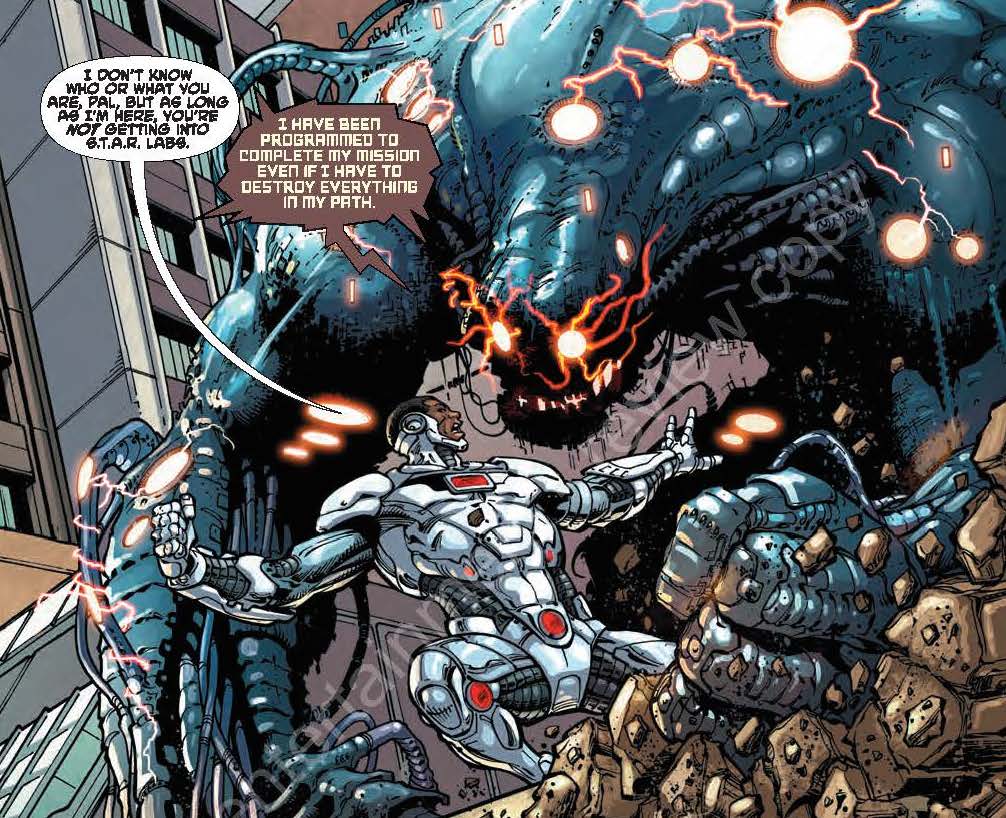 The story begins with an unknown speaker running an analysis of Cyborg’s creation and abilities while Cyborg fights off Malware’s attack on S.T.A.R Labs. This analysis is convenient for any newcomers because it delivers exposition that feels natural to the plot. The fight eventually leads past the Red Room at S.T.A.R. Labs and right into a top secret room that contains Cyborg’s C.P.U. When Silas Stone’s private recordings inexplicably begin playing for Vic to hear, we find out that Silas has a lot of qualms about his son’s new body.

Silas Stone’s thoughts about his son’s new form are such a big reveal that they overshadow the final reveal at the end. It’s not necessarily a weakness, but it does position characterization at the forefront of this comic. I am more invested in watching Vic’s future interactions with his father while he attempts to reconcile these questions about the body and the soul, than I am in finding out more about this new villain. In other words, I’m excited to watch Vic do some “soul searching.”

This issue is reminiscent of the classic GHOST IN THE SHELL, except it focuses on the advent of cyborg technology. It will be interesting to see how Semper handles these questions about human consciousness in a technological world, and if he is able to take it in a new direction. 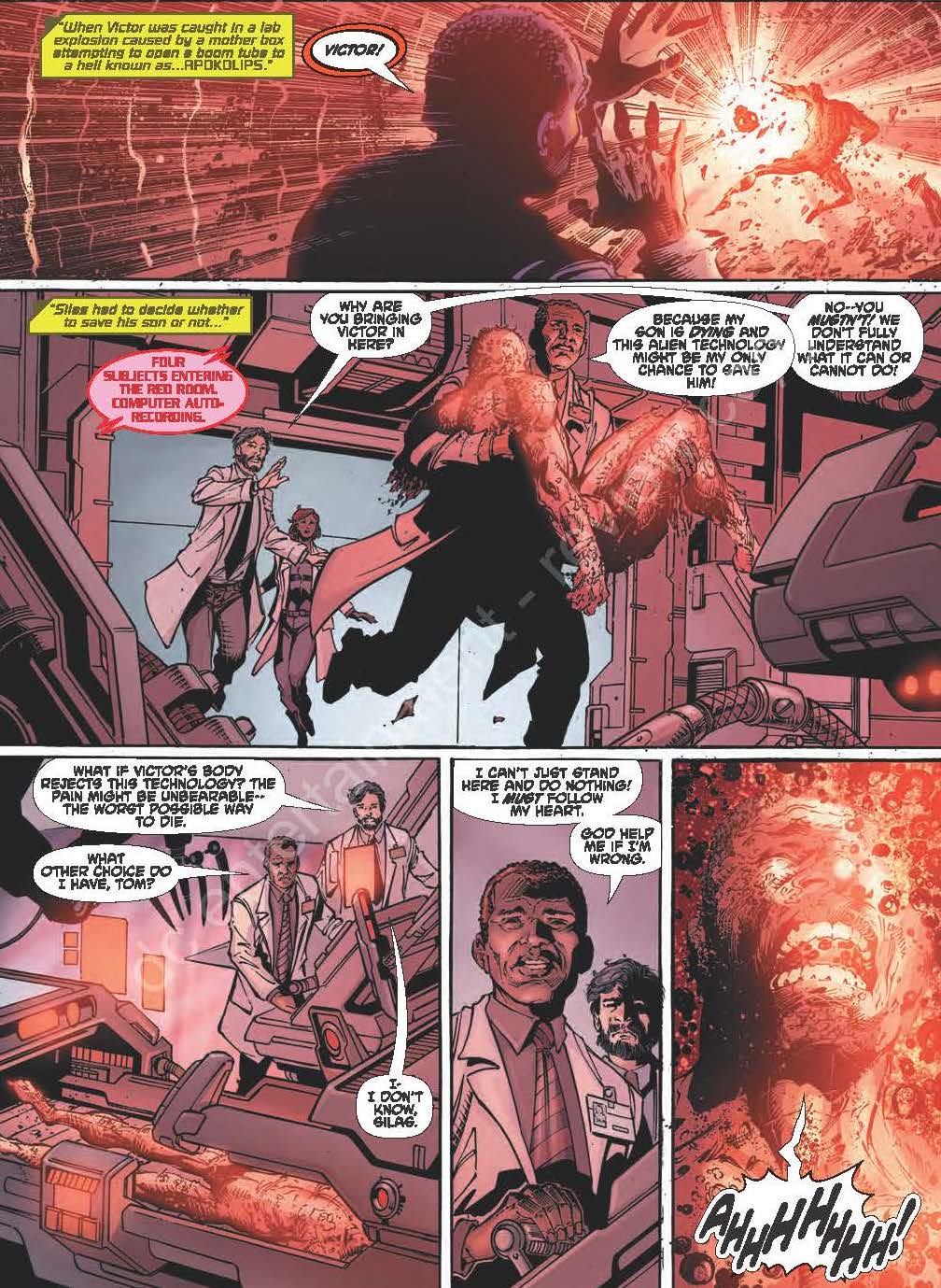 Paul Pelletier is fantastic at depicting Malware as a formidable, pixelated beast. During Cyborg and Malware’s fight, there are times where they seem to become one, as if to underscore this idea that we don’t know where Vic Stone the man begins and the machine ends. Pelletier is also skilled at conveying subtle emotions in Vic’s facial expressions; it makes Vic’s reunion with his father so much more complicated and intense.

READ: What do you think of Cyborg in TEEN TITANS GO? Here’s our take!

Overall, CYBORG REBIRTH #1 is a powerful introduction with a good balance between action and character development. The final page also suggests a future team-up with Supergirl, which is exciting!