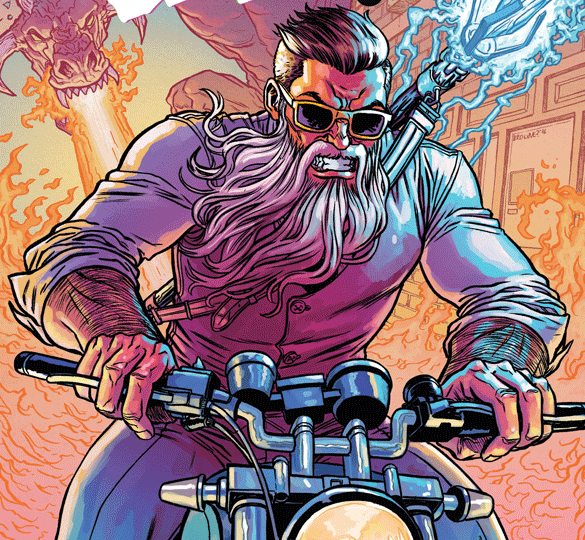 I’m not much of a magic fan. Excluding some special cases and the Harry Potter franchise, the idea of wizardry always fell a little short for me. On top of that, there are countless permutations of Arthurian wizardry coming to odds with the modern world. From an already negatively biased standpoint, I didn’t feel like we needed another story about that. However, keeping this in mind, does any creator really “need” to create new stories with familiar premises? Are all stories, technically, doomed to be reductive? Leaving those philosophical questions aside for today, the simple answer in the case of CURSE WORDS #1 is that sometimes you’re just here to have a good time, and that’s more than enough!

READ: We cover all kinds of Image titles! We can’t stop talking about THE FEW #1!

Written by Charles Soule and Ryan Browne, CURSE WORDS #1 is deceptively fun and entertaining, meaning, as a reviewer, I have to approach a new work coldly in attempts to remain as objective as possible. A story such as this proves that a reader can simply have fun and enjoy reading an entertaining story and that not every story in existence has to be polemic or edgy.

In CURSE WORDS #1, there is a wizard name Wizord trying to create a “good guy” reputation in the most jaded city in the world: New York City. Being a fellow rat in the Manhattan rat race, I was already interested in how the story would pan out with NYC’s notable character as a backdrop. How would NYC respond to a man who went beyond just magic tricks and illusions, but produced actual magic? Again, while the premise might not seem sparkly and new, the execution is definitely one I’ve never seen before. 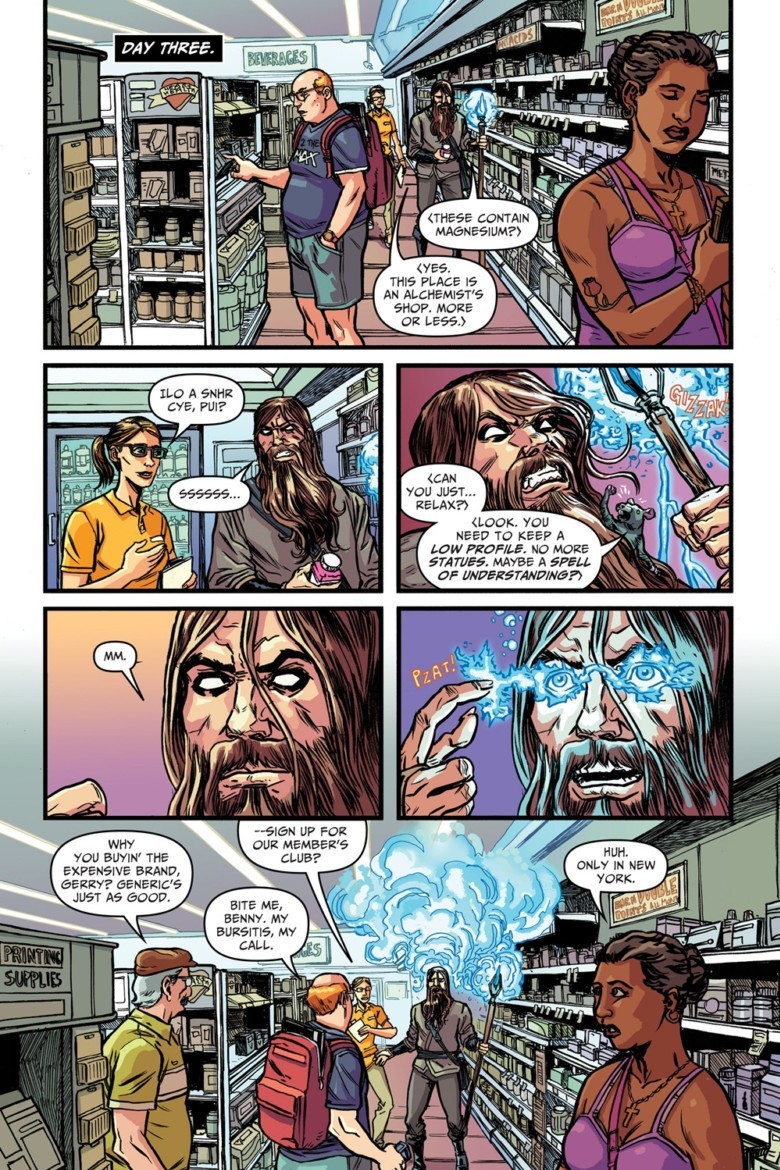 Charles Soule, of DAREDEVIL and LETTER 44 fame, writes Wizord’s interaction with, not just the modern world, but also modern day New Yorkers in a really fun way. Wizord’s first note is that no one seems to be afraid of him, suggesting he came from power and reverence. He even earned the name The Devil’s Devil from a fellow wizard. It seemed more than appropriate that Wizord would be perplexed by the gall and arrogance in NYC’s residents when one considers the reputation New Yorkers have for speaking their minds with their typical quippy, knee-jerk answers. Additionally, New York doesn’t shy away from Wizord’s magic but embraces him with curiosity and media attention. Very rarely does a story show an authentic representation of a city’s personality like CURSE WORDS #1 does. Also, he has an animal sidekick named Margaret. She’s a koala. Not everyone can say that. 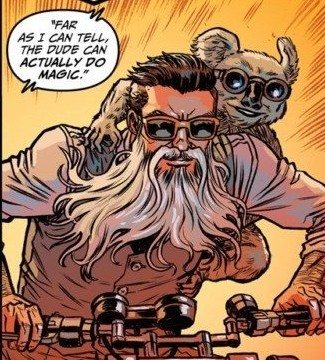 LISTEN: We don’t just cover comics, we talk a lot about them in our podcasts, too! Listen to our great analysis and conversation about MONSTRESS!

Ryan Browne’s artwork captures the whimsical and modern aspects of the story with textured and sculpted drawing and vibrant use of color. It reminds me a lot of Caspar Wijngaard’s work on another Image title, LIMBO, creating something original by adding a little something old and a little something new. Ryan Browne’s illustration chops are very apparent, but what really stands out is his attention to detail and fun use of saturated color. CURSE WORDS #1 lends itself to many fun opportunities with the collision of the modern world and magic and Ryan Browne aptly portrays this with his action packed illustrations and fluorescent color. 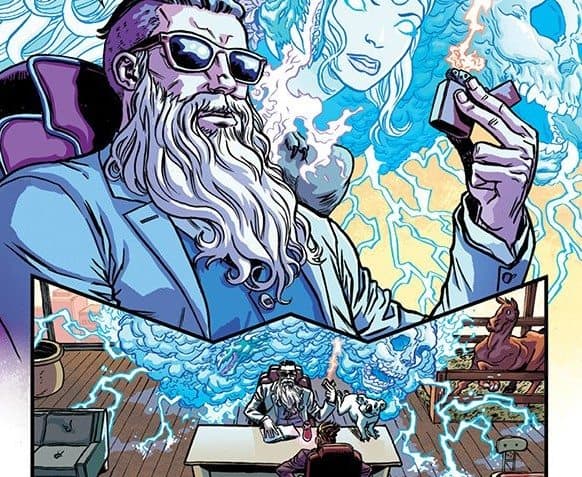 CURSE WORDS #1 had a lot of opportunities to go an easy route for a story with dichotomous motifs, like old versus new and magic versus technology. But the story managed to keep me guessing, and I was never really sure where the comic was going to go. First issues, as a general rule, must always set the mood and pace of the rest of the story, and such a feat can be misleadingly difficult. Charles Soule and Ryan Browne, however, don’t seem to be having any problems at all. In fact, CURSE WORDS #1 is well-paced, easy to read, and good old fun. While creating something purely their own, they also produced a story that seemed to be a lot of fun to make. It’s refreshing to see comic creators that are able to have a good time creating anything, let alone something of such high quality. Even with the annoying f*ck boy haircut, Wizord’s transformation in modern day NYC is accurate and hilarious. Although we don’t know exactly Margaret’s relationship with Wizord is quite yet, she’s produced the hashtag #teammargaret. Personally, that’s good enough for me until the next issue.