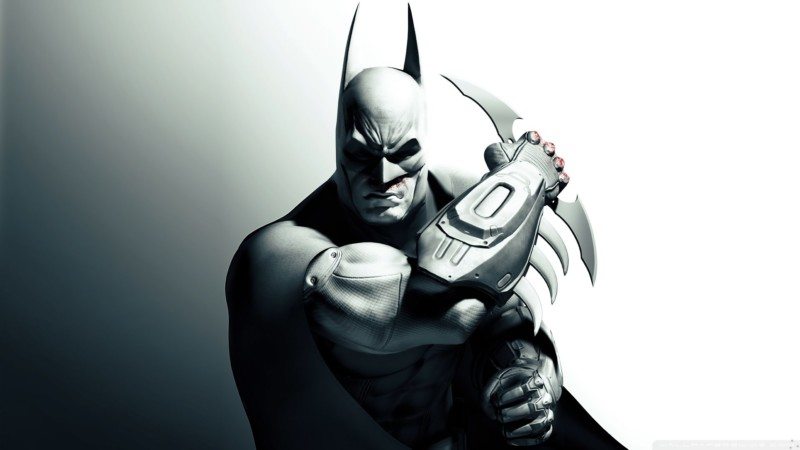 The night is protected by one unshakable symbol of justice: the Batman. The Batman, commonly referred to as Bruce Wayne, is a hero who represents the cold pragmatism of justice. In his quest as the warrior of the right, he has picked up an arsenal of valuable weapons from a utility belt to a free-flowing, menacing cowl. Yet none of these weapons symbolize Batman more than the weapon which he adapts as the mood suits him: the Batarang. The Batarang has grown to be many things to the caped crusader, just as the boomerang – the real life inspiration for the Batarang – has been many things to the world. Like many symbols, the Batarang mirrors Batman’s growth as a person.

READ: Batman isn’t the only DC hero with a symbol! Click here for a spotlight on Wonder Woman’s Lasso of Truth!

Batman’s Batarang is a hand-sized boomerang he fits into the pockets of his utility belt. Named after the dual inspirations for the tool — a boomerang and a bat — it has served Batman in many ways throughout his career. In some instances, it is a boomerang used to disarm more volatile enemies of their firearms and potentially dangerous weapons. Other times, it is a shuriken designed to pierce and injure. Throughout his legacy, Batman has equipped his Batarang with more dangerous utilities from concussive explosives to frigid liquid nitrogen. It always appears relatively bat-shaped, but the overall design is always different – ironically befitting the tone and persona adopted by the Batman in that situation. 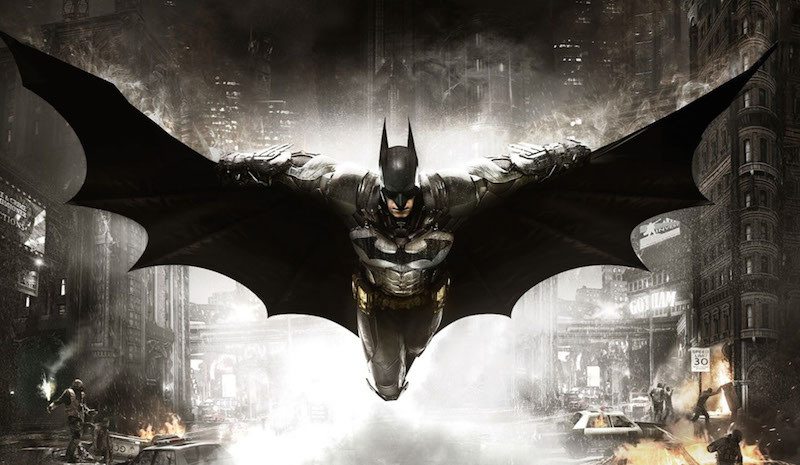 The Batarang is simply another form of a boomerang. In Australian Aborigine culture, the boomerang served multiple purposes: a ritual ceremonial tool, a tool for hunting, a sporting device, and a national treasure. Boomerangs are sometimes used to clear soil and grass for campsites and ceremonial locations. Sometimes they are used for culinary practices. Or sometimes they are used to start campfires using the sharp edge to create friction. It is a universal tool with a wide variety of applications in Aborigine society. Rarely is the boomerang niched to one specific ordinance like many other symbols or weapons. The boomerang has become appropriated from its Aborigine background and thus has crossed the boundaries of culture throughout the world. To some, it is now a harmless toy rather than a powerful bludgeoning instrument. To others, it is a metaphor for reminiscence like the Boomerang TV network or the Boomerang app.

Furthermore, a boomerang is often a metonymy for ideas such as justice, revenge, retribution, and karma. It’s a symbol. The act of throwing a boomerang invokes the belief that the boomerang will eventually return to the thrower’s hand. Karma, the mindset that one’s actions will always have a long-term consequence which will be exacted on the individual based on the severity of the act, shares the mindset – or hopes – of the boomerang. Karma incurs a chain reaction of consequences which are justified by a list of past crimes. Thus, the boomerang becomes a perfect metonymy for karmic debt.

READ: Captain America might not be as combat-ready as Batman, but he also has a cool symbol! Click here for Successful Symbol’s look at Captain America’s Shield!

The extensive flexibility of Batman’s Batarangs are reflective of Batman’s own versatility. Batman is a master of numerous techniques, martial arts, and skills while also being one of the toughest physical bodies in the entire Superhero index. Much like how the boomerang is a tool for the musician, gardener, warrior, athlete, huntsman, and warrior prince in Australia, the Batman is a versatile weapon. But this is not to say his characteristic versatility is merely limited to Batman’s own physical prowess, but in his social personas as well.

Batman is a man of many different purposes. To some he is Bruce Wayne, the billionaire tabloid playboy, who often partakes in philanthropy. Even then, to some Bruce Wayne isn’t some generous rich hero, he’s a greedy miser who abuses his power to maintain his wealth. And to a select few, Bruce Wayne is the selfless hero: Batman, who has sacrificed most of his adult life to the protection and rehabilitation of Gotham. And to a close minority, the Bruce Wayne is only Batman. He can never be Bruce Wayne – as if Bruce Wayne is just one big lie he tells the ones close to him. Though, this isn’t to say that Batman is not all of these things at once. Each facet appears whenever Batman requires it, from the compassion of the philanthropist to the brutality of the business tycoon.

Batman’s multifaceted personality appears in his crime-fighting more times than can be counted. As a mixed martial artist, Batman incorporates different techniques in combat scenarios. In BATMAN V SUPERMAN, we see Batman take on numerous henchmen, using at times extreme brutality. Batman maims and kills as many men as he can in under two minutes of close-ranged combat. He turns his weapons of fundamental utility, like his grappling gun, into instruments of mass destruction by hurtling crates through the air or snagging his enemies and whipping them off high terrains.

READ: Billionaire, playboy philanthropists are a dime-a-dozen, but Iron Man has something Batman doesn’t: Armor! Click here for a look at Iron Man’s armored suits!

Batman also employs his Batarang in BATMAN V SUPERMAN, using it like a blade, not merely as a boomerang to disengage distant opponents. In the middle of his battle with a warehouse full of hostiles, Batman draws a single Batarang. Batman utilizes his symbolic weapon to murder his adversary – notable because one of Batman’s oldest rules has always been to avoid killing, whatever the cost. Here, Batman ignores that, and plants a Batarang firmly in the chest of an incoming hostile and sends him flying onto his back. As most fans of the BATMAN franchise know that Batman in most incarnations has a sacred rule against killing and that the Batarang is an iconic symbol for his character. Therefore, this act becomes all the more symbolic for the change in the character. Whether this change is welcome or not, it is still notable because of how it was executed.

Without the Batarang, the same fight showcases the faceted warrior switching between different styles of combat. In some cases, Batman employs swift Krav Maga-esque strikes and punches, brutally snapping limbs or bashing heads until brain matter splatters onto cement bricks. In other instances, Batman utilizes Luchador-style wrestling moves to flip enemies and slam his opponents into the ground. Batman even develops the Eight Trigram Palm or the Baguazhang to fight four assailants who surround him, blocking multiple strikes from multiple distances. Batman’s multifaceted personality is made even more evident in trials of combat than in social spheres. 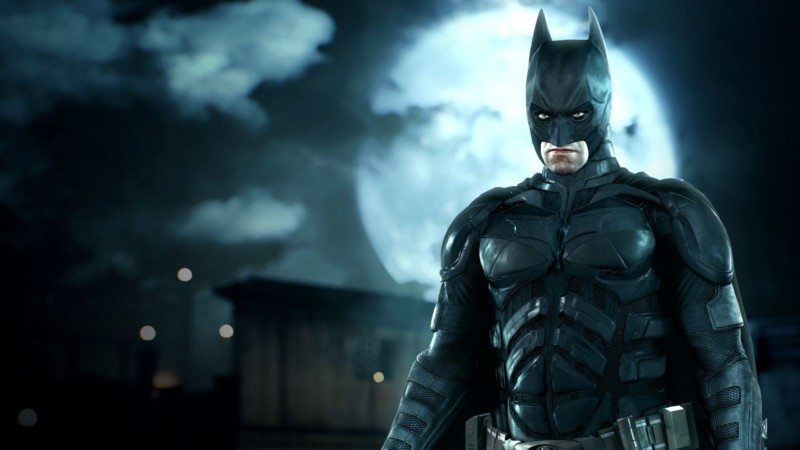 The Batman himself is a symbol, unlike many comic book crusaders. In THE DARK KNIGHT, Batman monologues about how the Batman isn’t some vigilante, but a symbol for the city of Gotham. He transcends normal mortal boundaries and ascends to an archetype that holds the city together. Like any symbol, his definition is flexible because he can fit many different concepts necessary to fulfill his role. A symbol isn’t stagnant in definition like a person is. Thus, the Batarang’s utility and various incarnations grow greater in significance. The Batarang in its many shapes, sizes, and uses is always a mystery to those around it, until the moment it is used on them. It is similar to how Batman is an urban legend to everyone in Gotham, except to those who have met him in an irregular situation. In these situations, Batman manifests only one persona which defines him to this individual forever.

READ: We took a look at the representation and erasure of Asian-Americans in western media! Click here for a look!

In this way, the Joker is a perfect villain for Batman. The Joker, who isn’t even sure who he is himself, is the only villain capable of rapidly adapting to Batman’s personality. Likewise, the Batarang is often depicted as one of the few weapons in Batman’s arsenal to prove ineffectual against him. No sleight-of-hand spontaneous tricks or sharpened metal ever seems to daunt the Joker; he simply adapts to the situation with his own weapons. No, the Joker is not as well-trained in combat as Batman, but his sporadic changes in his facets manifest a counter to every face. Even their social interactions are different depending on the faces being worn by one of them; some media depicts the Joker/Batman dynamic as one of frenemies, two people who simply walk on different paths, like in BATMAN: THE BRAVE AND THE BOLD. Some show the Joker for the psychopath he is and challenges their relationship with bitter rivalry and hatred, like in THE DARK KNIGHT. Others simply manifest the Joker/Batman dynamic as a civil adversity, like in YOUNG JUSTICE. The dynamics are always different, and yet none of them ever feel particularly wrong. The Joker is the one villain no side of the Batarang’s near-constant evolutions and incarnations can compete with, alluding to the Joker’s eternal battle against Batman himself. As well as the truth that the Joker is the one enemy no Batman can ever truly defeat.

The Batarang mirrors the many personas and capabilities of the caped crusader. It invokes a different point of view every time the weapon takes a new shape in combat. Similarly, Batman adapts a new personality to contend with Gotham. This is not to say Batman is a bad hero, because he isn’t. Rather, it speaks to his dedication to the symbol of the dark knight, because to truly be timeless is to forever change your definition.