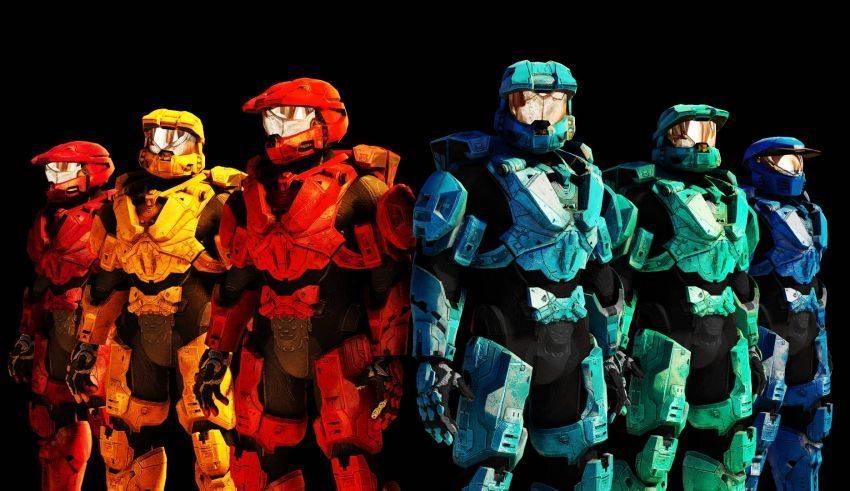 RED VS BLUE, an action-comedy sci-fi web series, is an interesting internet anomaly. When the series began, it was little more than friends making jokes while playing video games. Since then, RED VS BLUE has had fourteen seasons, expanding their universe and workforce to create an almost entirely new project. The series was never bad, but its evolution led to a much different-looking show. That change was for the best, as RED VS BLUE has reached new levels of visual and narrative appeal. The series shifted from goofy, crass comedy to engaging sci-fi adventure in the most successful way possible.

If you’ve never heard of RED VS BLUE, the series had a very basic premise. It started as a group of friends voicing over their characters in the video game HALO. It’s similar to when YouTube gamers add commentary, but RED VS BLUE wrote out characters and dialogue for their avatars. In audio commentary for the series, creator Burnie Burns cites a discussion between friends about the Warthog vehicle in the game as the series’ source. It was short and sweet—good for laughs. Basically, every early episode was five minutes of soldiers yelling at each other, hiding from evil runaway tanks, and the uselessness of the character Caboose. The show had a loose plot, but that’s the standard for situational comedy. While RED VS BLUE was building the groundwork for what was to come, it began as a simple comedic series.

READ: Have you heard of RoosterTeeth’s other series RWBY? Read why you ought to give it a chance here!

That changed as the show progressed and worked more and more plot elements into the series. As RED VS BLUE expanded its universe, building atop their original lore, the show also began to get a bit more serious. Instead of cracking jokes about the universe of space soldiers, the creative team worked out a whole set of lore and stories for its characters, giving them real wars to fight and crises to deal with. It didn’t lose any of its jokes, but it gained a substantial boost in plot-driven stories. RED VS BLUE didn’t turn its back on comedy—it reached out beyond it, based off the framework it already had, to create something new.

The reason RED VS BLUE managed to cross this line was because they did it gradually. They didn’t suddenly pull out the jokes in favor of sci-fi drama. Rather, they built off the pre-established lore of their universe, and crafted stories around that. For instance, they built off the concept of a violent A.I. to reinvent the origin of Church, the main character. They still had multiple repeating jokes and catchphrases, like “That was the worst throw ever. Of all time.” Keeping a healthy dose of humor made sure RED VS BLUE never totally lost its tone. The more serious elements were always there, but it was only built upon later in the series’ run. By exploring this serious subject matter, the web series was able to do far more than it ever could with its pure comedic start.

The strongest example of how this worked for the show is its focus on the “freelancers,” or soldiers for hire. Unlike the main storyline of the series, the freelancer saga covers many of the more badass side characters in the universe. In RED VS BLUE’s ninth season, episodes typically shared screen time between the wisecracking protagonists and the gritty, action-packed exploits of Project Freelancer. Featuring a split narrative, it could focus on both facets of the universe – the jokes that garnered notoriety, and the more serious direction the show took. RED VS BLUE kept a strong hold on what made it work at the beginning, but also embraced its new direction into more serious material.

READ: Ever heard of Danganronpa 2? Learn how this video game matched bright colors & levity with murder-mystery!

As RED VS BLUE evolved, so did the production company behind it. Rooster Teeth, the internet entertainment company, got its start from the web series. While the show was evolving, Rooster Teeth grew to add more original programming to its slate. While they still have lots of comedic content, like CAMP CAMP or TEN LITTLE ROOSTERS, they also have more serious content like DAY 5.  In many ways, RED VS BLUE proved to be a catalyst and prime example of Rooster Teeth’s evolution.

It’s this mindset of evolutionary balance that made the transition work so well. The goal of RED VS BLUE’s genre shift wasn’t to totally abandon comedy. If the series had completely shifted to drama, it would have failed, but shifting to sci-fi action-comedy makes total sense. If you’ve played a HALO game, you know how serious it is, and it’s that universe that RED VS BLUE is built off of. With so much lore and sci-fi possibilities at its fingertips, it’s no wonder RED VS BLUE shifted focus. 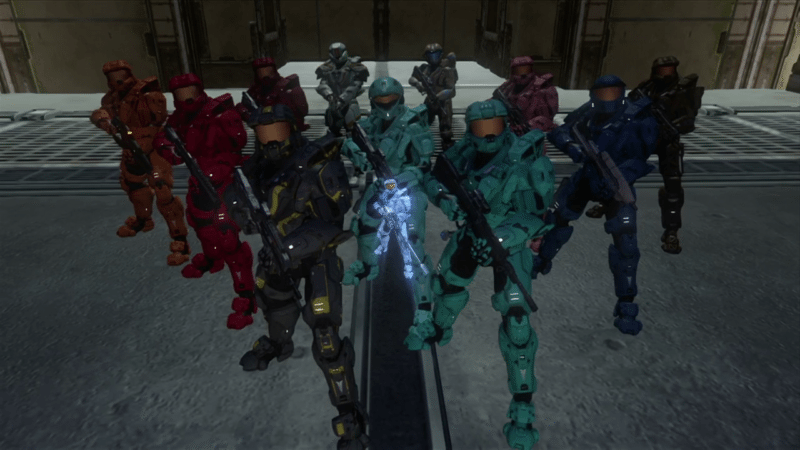 Again, look at Season 9 of the series. While this season had a whole serious storyline with the Freelancers, it was paired with the more traditional RED VS BLUE comedy. It reflected its original comedy, balancing it out with the newly developed serious subject matter. The future plot elements could only feel justified while keeping comedy as a constant fixture. The two are separate beasts, but they can’t succeed without each other.

In short, RED VS BLUE transitioned beautifully between comedy and sci-fi action because it never abandoned comedy. The development of a plot within the comedy meant it managed to always stay true to its roots. For a series to change genres successfully, they can’t pull out its roots and abandon what built it up. RED VS BLUE acknowledged its comedic beginnings, and chose to go a new direction with comedy still in mind. A true genre shift has to acknowledge what came before, and not totally turn its back on it. RED VS BLUE changed genre successfully by keeping what worked, and moving on from what it had built.