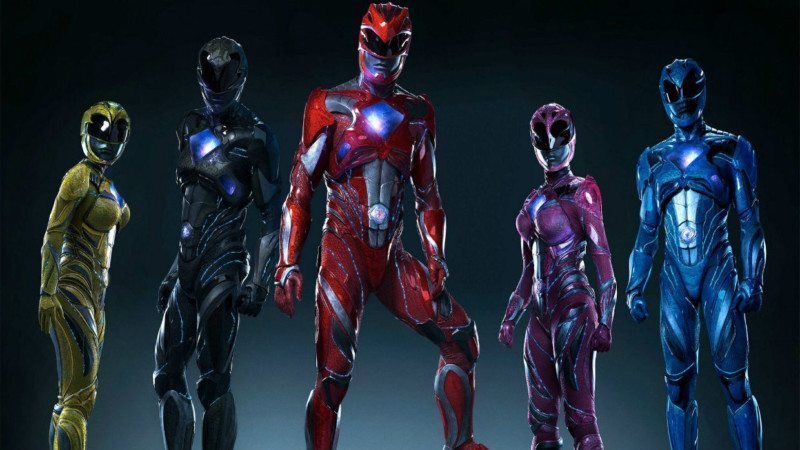 Nostalgia isn’t something that a lot of people give credit to these days, especially with children’s television shows. To give critics their due, most children’s shows are in fact horrible. BARNEY AND FRIENDS was unbearable to many adults, and even I can’t stomach more than five minutes of the PAW PATROL with my niece, but that doesn’t mean there aren’t young children who feel wonder when they tune into these shows. For many 90s kids, The MIGHTY MORPHING POWER RANGERS represent everything that people look to in their childhood entertainment. The episodes aren’t all great, however. There are of course many problems. But that never defeats the magic of the show, and why looking back onto the series or returning to it as an adult is always beautiful.

Growing up, I appreciated everything this show gave me. Because of the colorful spandex, the cheesy dialogue, and the diverse leading cast I had something precious that could make the trouble of living in a largely crime ridden west Philly neighborhood more tolerable. It helped me find happiness even when surrounded by concrete, broken glass and the cold apathy of the streets. Even if the show had its own problems in terms of plot — as well as some behind the scene problems with race and homophobia – it had a lot of good in it that some children need to see. 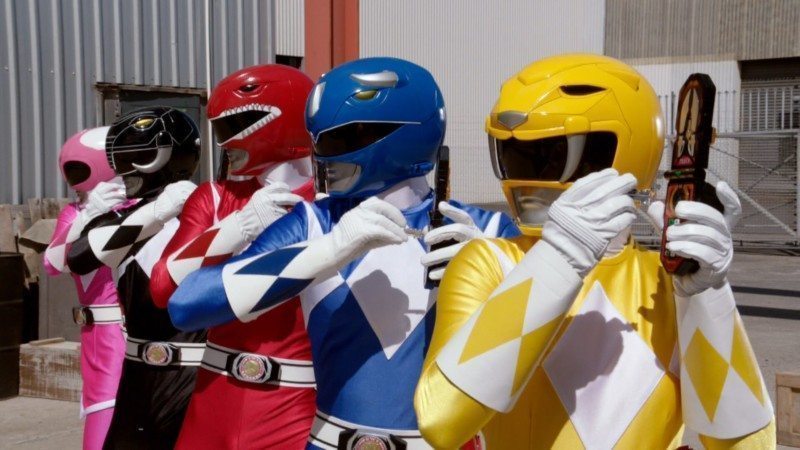 The show, at its start, defied many stereotypes that ruled conventional television. In the first episode, we are presented with characters who fit what seems to be a cookie-cutter mold: The valley girl; the nerd; the token black character; the meek and shy Asian girl. However, as the episodes unfold each character is given a level of depth and importance that compose the team as a whole. It is revealed that the valley girl is more than just a damsel-in-distress and is a phenomenal archer and gymnast of her own right. The nerd is more than simply a brain, but grows into a martial artist; the token is the lancer who is one of the only rangers on the team who can take on most fights on his own, with an eye for tactics and strategy, and the shy Asian girl has a vicious ferocity. Instead of being stereotypes, these traits developed into personalities that would later matter a lot in my teenage and adult life. It taught me how to respect and nourish a friendship between very different people with the most powerful tool in fantasy and reality: empathy.

The Power Ranger’s emotional weight was unique for its time, and that is probably what is important for a nostalgia factor to develop. Each ranger dealt with their own problems, and though how these issues were resolved was generally mundane, they were problems that were real while objectively child-friendly.

Further, the show’s casting was very spot on. Particularly, in all of my childhood – and even as an adult—I had never come across a character like Zack Taylor, the Black Ranger. Specifically, how he was permitted to utilize attributes and clothing aesthetics that in later times wouldn’t be considered acceptable. From his haircut to his diction, to even how he mixed Hip Hop with his fighting style, Zack Taylor was a black character who existed to represent an entire background that children rarely saw on television. And, when these traits were seen in media, in general, it was certainly never in a positive or heroic light. Zack Taylor was an irregularity that made me, as a rap-loving toddler from Philly, feel like I could be a superhero too.

READ: The Social Narratives on Television can be Important, but CLICK HERE to Explore How These Narratives may Overburden the Show Itself.

But, even with all of this good, I cannot ignore that there are rightful criticism of this show – and some have made this show stand as the reason we should be apprehensive on any show with too much nostalgia value.

In this age of Youtube commentary, critics have started to revisit beloved childhood series with a more skeptical eye. Most of these series, especially Power Rangers, didn’t truly have the same belief that most Pixar and Cartoon Network series had on kid programming. In that, I mean they lacked the high depth cultural criticisms one would expect from an undergrad special topics course. In accordance, critics like Youtube’s Nostalgia Critic often have fun ripping apart the 90’s wonder of Power Rangers for its inability to hold up against modern examples of what a child program should do.

In several separate videos, Nostalgia Critic tore apart the general cringe of the show’s legacy. The acting is barely salvageable, even for a children’s television show. Sometimes, the camera work looked so awful that you might think the actors are out of focus. And the plots are entirely generic. Nostalgia Critic explains this in his videos, but in his review of POWER RANGERS: A TURBO MOVIE, even he understands the influence of the show – why it is so important to those who grew up with it. That, for many of the kids watching it at the time, it taught them the critical lessons they should remember while reinforcing the importance that everyone should have something to fight for in their lives. 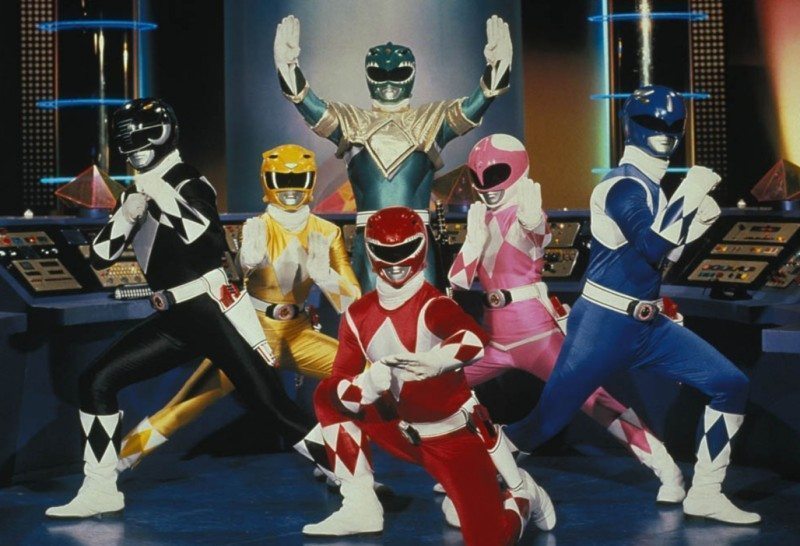 Recently, Saban and Lionsgate have begun filming the first live-action Power Ranger film in almost two decades: SABAN’S POWER RANGERS. The film hopes to explore the first ever Power Rangers incarnation with realistic themes to counter the melodrama and overbearing themes of positivity and generic tropes of heroism (such as friendship, good prospering over evil, the power of unity, etc.) of the original American Power Rangers. However, what isn’t known is what exactly the future film will bring to the table from the old school team besides the aforementioned clichés of heroism, and that is what’s important in the discussion of this new film.

Adults are excited for Lionsgate’s edition of the Power Rangers; a modern re-imagining of the classic hero team that will reignite old flames of passion. Thanks to the 21st-century trend of the reboot, nostalgia isn’t limited to simply remembering the past, it is also about revisiting it physically and improving it in the areas that it was lacking in. With the new incarnations of shows like the TRANSFORMERS or TEENAGE MUTANT NINJA TURTLES, we see that these detours can be beneficial to the old fans. The consequences of growing up used to be that the old world of childhood either decays from maturity or from societal expectations. But, we no longer have to worry about being unable to enjoy the things we once enjoyed at a younger age.

CLICK: Follow This Link as We Rank the Most Distinguished Possibilities for the New Companion in DOCTOR WHO.

Some of these fans hope that this new film will be similar to the short fan film by Ada Shankar’s POWER/RANGERS, which showcased extreme profanity and dark tones from hardcore drug use to a scene showing a suggested threesome. While appealing to the nostalgic series of the old world with its traditional character cast, it also explored the fridge horror of the series: especially the fact that Zordon, the Power Ranger’s mentor and overseer, commissioned child soldiers to fight an intergalactic war which saw the horrible destruction of their hometown on numerous occasions and untold traumas induced by the monster’s bizarre powers – after all, there were several episodes where the Power Rangers were faced with a monster whose powers enabled him to pervert the minds or bodies of these teenagers.

All of these are very noble endeavors, but many fans still feel that this very idea might betray what the Power Rangers were at their core just to seem edgy.

Aesthetically, these tones and themes are what could make this movie an okay action film, but the Power Rangers didn’t need that for it to be fantastic. For most of the run, the Power Rangers won battles without the conventional action hero methods. They utilized teamwork and ingenuity that was born of hard work, hope, and perseverance rather than brutality and viciousness. It’s the difference between a DRAGON BALL Z-style Spirit Bomb and a manmade nuke. Both get the job done, but the former invokes a more personal flavor as it is composed of the stories’ emotional depth and “romance:“ not in the sense of love, but in the sense of emotional depth. 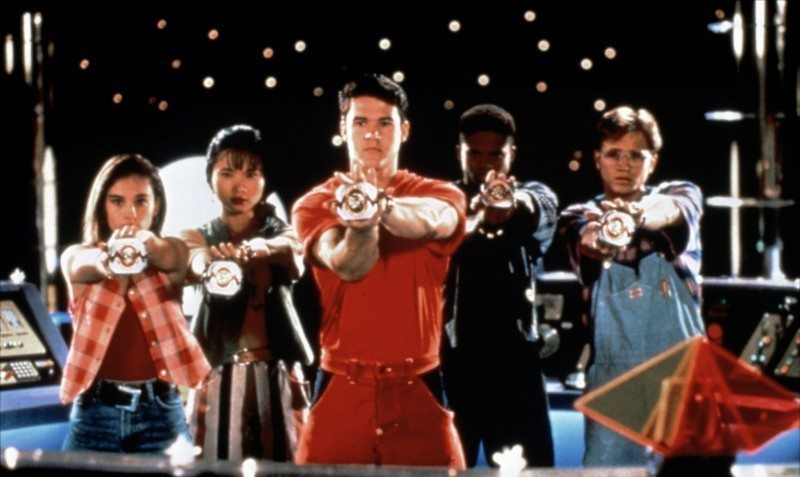 It is the emotional depth that is important to the Power Ranger series becoming the same source of nostalgia and the moments which define a young adolescence’s childhood. Each of the characters goes through something that a child will inevitably be faced with, and deal it not by themselves, but as a group. It tells them that it is okay to experience these things, and though it might feel like they’re alone as they go through them, they can trust their true friends for support and understanding. While a lot of times these issues may not be blatantly explained in the series, it is paralleled by the monsters these rangers fight every day. This is something the MIGHTY MORPHING POWER RANGERS comic book captures and adapts very well. The sense that the rangers are always representing the light, and defending the world against something much more than rampaging monsters and cosmic witches. They’re fighting the darkness that everyday people feel and will have to overcome.

This is why the brand of nostalgia felt when I revisit Power Rangers is so unique, and why naysayers like the Nostalgia Critic cannot ever defeat the legacy of the Power Rangers. No matter the logic, the lessons taught in the themes, tones, and tropes of the Power Rangers applies to each person every day. It soars beyond the normal shows of the 90’s which usually had superficial elements and conversations on life. It taught us things that we have to think about in our adult lives. Everyone can be a Power Ranger because we fight the monsters of mundane society all the time.

READ: Recently, Games have Followed a Specific Formula. CLICK HERE to Explore the Repetition and Stagnation in Gaming.

Now that the Power Rangers are moving forward with another incarnation in its long-standing tradition and a gritty, adult movie-reboot, it’s all the more important that we as a culture give a pleasant nod to the series. The show might have been awful by critic’s standards and had a poor production, but occasionally in our lifetimes there are works released in media that are significant for their ideas. That’s what nostalgia is really about and why it’s important.  Somewhere today, there is another young child who knows nothing about the impending darkness of the world and is building a childhood around a few happy moments, in front of colorful crime fighters, before they grow to fight scarier monsters in the world of adulthood.