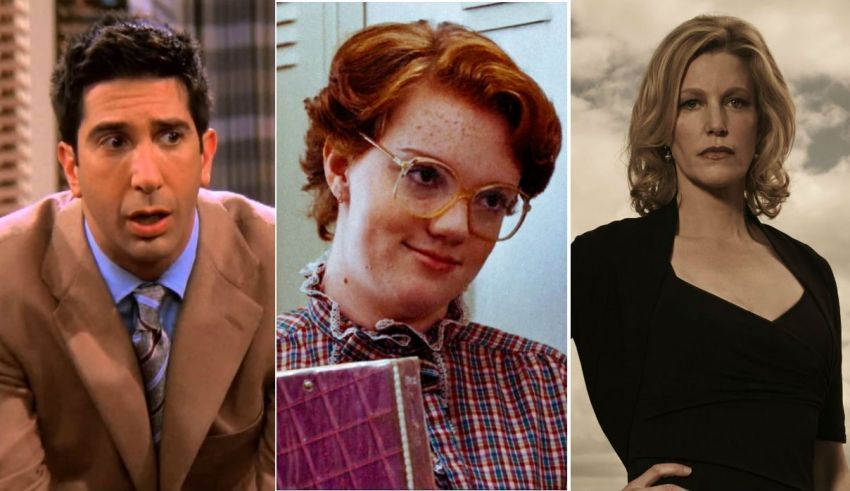 In every television show, there’s always the voice of reason. They try to ground the protagonists, advocating against danger or adventure. Oftentimes, these characters are the objects of scorn by the fanbase. Take Ross Gellar from FRIENDS, or Skyler from BREAKING BAD. The characters’ attachment to reason and reality, usually in opposition to the shows’ protagonists, made fans view them as boring, annoying, and aggravating. However, are these characters always deserving of such vehement hatred? Sometimes, the grounded characters are as vital to the show as anyone else. And while it may be easy to hate them, it’s hard to truly justify it over others. 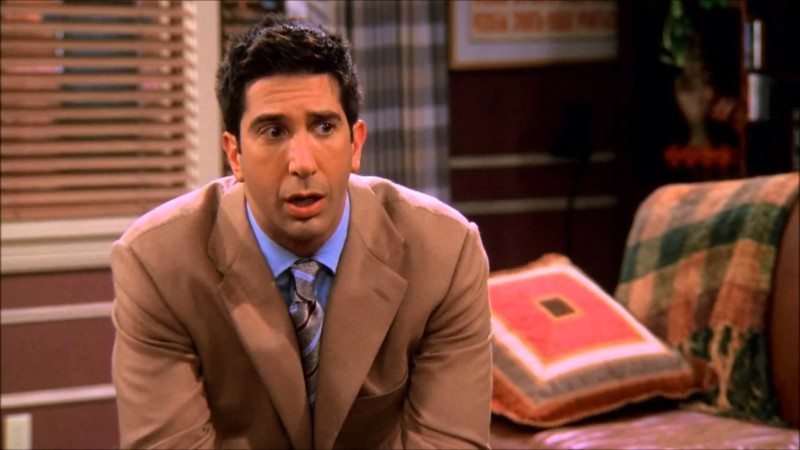 Let’s start with an examination of Ross Gellar. One of the six titular FRIENDS in the hit sitcom, Ross was and is despised by many fans. Viewers were irked by his know-it-all attitude, his exaggerated anger and moodiness, and his general awkwardness. However, it seems like the majority of his despicable attributes are not as horrid as they’re made out to be. Sure, he can be annoying, but so can the other friends. He’s far from the only one with personality problems—that’s what makes them funny television characters. Many of his outbursts or fears are brought out by his incredibly cruel friends. He may be nerdy, but does that not make us bullies for mocking him?

Skyler White, a main character of BREAKING BAD, is another example of a hated voice of reason. As the wife of teacher-turned-meth-cooker Walter White, Skyler was often standing in the way of Walt’s descent into evil. At first, she was suspicious of his behavior, often making it difficult for him to hide his secrets. This made her the target of much ridicule from the fanbase, who thoroughly disliked her. But then, Skyler actually became involved in the business, helping Walt along the way. Even though she was a voice of reason in keeping the meth sales afloat, she was still largely hated by fans. There isn’t much of a logical reason behind why she garnered so much hate above all others, other than her unhappiness about her husband cooking crystal meth. Is that really such a terrible thing?

READ: How is television consistently failing its female characters? Read about their development problems here!

What is it, then, that makes these characters so despicable? The main reason for this hatred appears to be how grounded they are in reality. The fact that they rip viewers out of the fantasy world of the show makes them no fun. They’re the constant, prodding reminder of those responsible figures in everyday life. As much as we enjoy the goofiness or excitement of our protagonists, we want to remain in the delusion forever. It seems that much of the hatred directed at these characters isn’t because of issues like braininess or anger, but rather their mere existence, highlighting everything the protagonists aren’t. 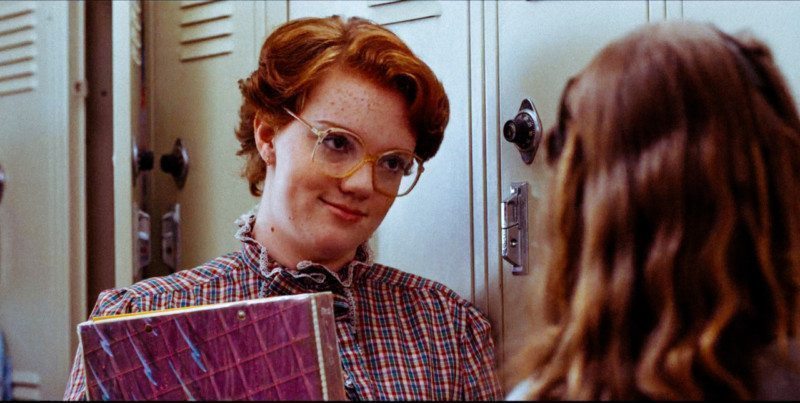 However, we now have an outlier in the television killjoy department: the phenomenon known as Barb. While STRANGER THINGS, the Netflix original series, has been sweeping the internet, the character of Barb has specifically attracted praise. Barb is Nancy’s nerdy best friend, wary of popular kids and their underage drinking. She is only present for a few episodes, before – SPOILER ALERT – the evil demon-creature from another universe spirits her away and kills her. She may not have spent much time on screen, but fans seem to have fallen in love with everything her character stands for.

READ: Is it possible for social messages to overpower storytelling in television? Let’s examine the concept here!

What’s so interesting about Barb is that she has avoided all the hatred normally thrown at her character archetype. While Ross and Skyler were continuously lambasted as “annoying” or “judgemental,” Barb receives praise for it. And it’s not as if she’s radically different from either character—far from it. She judges Nancy for hanging out with Steven and gets really mad at her for not driving her home during the party. It’s the same kind of behavior we see from both Ross and Skyler. So why is it that Barb’s dorkiness is praised, while Ross receives insults about his intellect? If Barb can judge Nancy for joining the popular kids, why can’t Skyler judge Walt for—I repeat—cooking and selling the highly illegal drug crystal meth?

The best answer is that, because of her short time onscreen, we appreciate what Barb stands for. Barb is that horror movie character who tries to warn her friends that they should behave. We get a fleeting look at a character who, while not conventionally cool, cares deeply for her friend and dies an unjust. death. She stands not as a symbol for losers, but as a martyr for the voices of reason. She’s the human epitome of FREAKS AND GEEKS getting cancelled after one season. Barb is enough of a dorky-relatable mix that her brief appearance gives the audience a lot to latch onto. 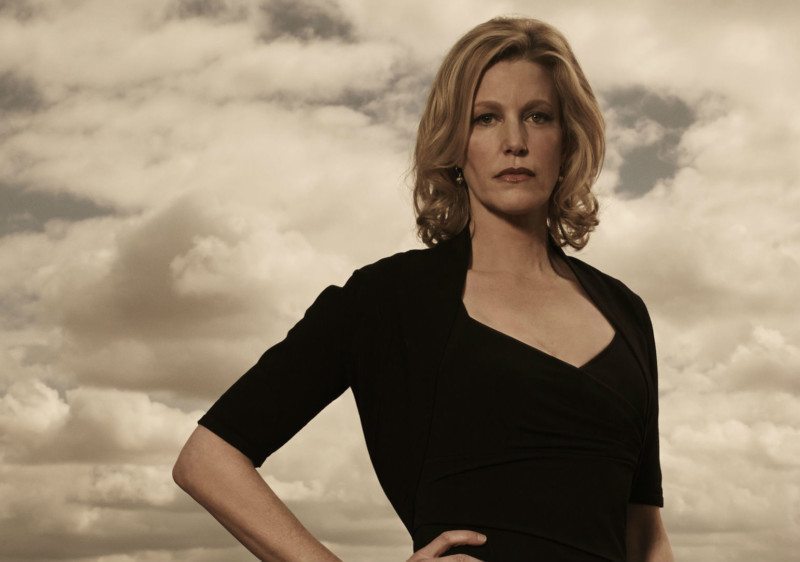 Barb’s popularity does more than just reaffirm how the character trope can work. There’s actually a great deal of importance regarding the character because of how they ground the show. Hate them all you want, but they’re required for making a show move forward. If characters can just do whatever dumb or ridiculous things they want to do, with no one questioning them, then what are the stakes? These voices of reason remind viewers that such crazy behavior shouldn’t be praised or emulated, just watched for amusement.

READ: Are shorter seasons making television better? Learn about how length and quality are related here!

The purpose of these characters isn’t to be your favorite. But they are catalysts for action or reminders of real life nay-sayers. They may not be the most likable, but if they were, the show would be boring. There’s a hidden beauty to these characters that we’re only able to appreciate in retrospect. Ross is constantly mocked by his friends, but he stands by them because he cares for them as people. Skyler could’ve turned Walt in, but she uses her knowledge to help him SELL HIS CRYSTAL METH! What these characters are able to accomplish is an understanding of how reality works, giving the show context and making it more relatable. Not only do we know these characters in real life, but many of us are friends with them ourselves. Maybe we are them. These characters are vital and are tragic figures, forced to care for protagonists who consistently scorn them. These characters are the real heroes and it’s high time they are recognized as such.