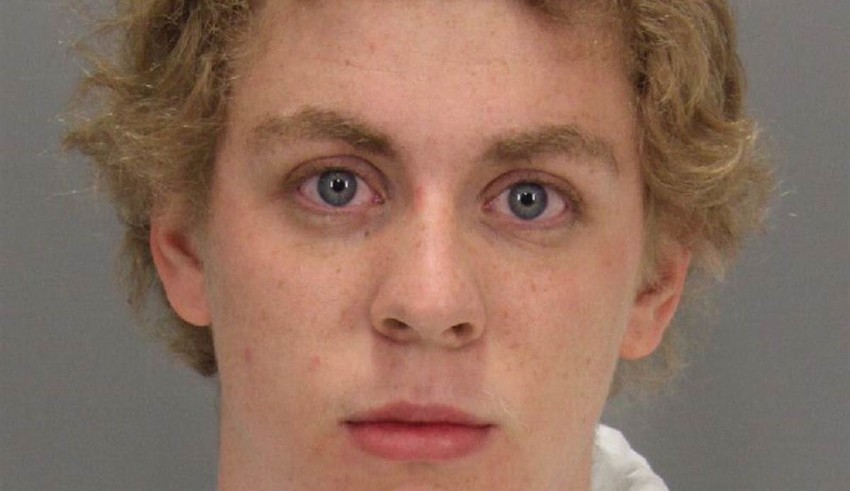 In January of 2015, a nineteen-year-old boy named Brock Turner sexually assaulted an unconscious woman behind a dumpster near Stanford University. He served three months in jail after judge Aaron Persky sentenced him to six months, for he feared a greater sentence would have a “severe impact” on Brock. In addition to his three months behind bars, Turner is also banned from stepping foot onto Stanford grounds and has been required to register as a sex offender in his home state of Ohio. It seems like a fairly small price to pay given that he was convicted of assault with the intent to commit rape, penetration of an intoxicated person, and penetration of an unconscious person.

It was something of a technicality—a lack of penile penetration—that gave him such a lenient sentence, sparking outrage in California as well as the rest of the world. This outrage was only amplified when a powerful statement from his victim was released. In response to this outrage, legislators in the state of California have passed a sexual assault bill in the hopes it will tighten sexual assault convictions across the state. This bill, while it is unable to reverse the damage done by Brock Turner, strengthens the definition of sexual assault, closes the loophole in California’s previous sexual assault law, and increases the likelihood of a prison sentence for conviction of rape.

Bill AB 2888 was passed unanimously in the Assembly in Sacramento on Monday, August 29, just days before Brock Turner was set to be released from jail. Current California law calls for a mandatory prison term of at least three years in cases of rape or sexual assault where force is used, but not in cases of sexual assault involving an unconscious or intoxicated person. The new bill not only eliminates probation as a sentencing option but also eliminates the use of “judge’s discretion” in cases of sexual assault. The bill strengthens the legal definition of rape by the inclusion of intoxication and unconsciousness in the conditions for a mandatory sentence. 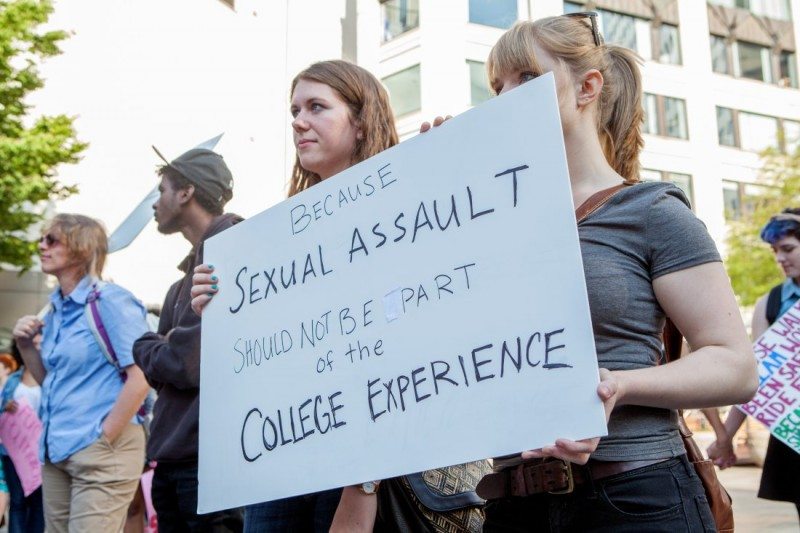 Under these new provisions, Brock Turner would have served a minimum of three years in state prison, rather than the measly three months he spent behind bars. Critics of the bill say it will lead to furthering the problem of overcrowding in prisons as well as disproportionately impacting minority populations due to lack of legal resources. However, rather than critiquing a piece of legislation meant to aid in victim advocacy and convictions of a serious crime, perhaps it would be more advantageous to critique the way our society educates youth on sexual assault and how to avoid it.

READ: Interested in the problems of using rape in character development on TV? Check out this article!

In the same month that Brock Turner was caught sexually assaulting a woman behind a dumpster at Stanford University, Dartmouth College set their own sexual assault initiatives in motion, becoming one of the most influential schools to do so thus far. Their blueprint includes mandated education on preventing sexual violence for every year a student is enrolled, residential communities that put on social and educational programs dedicated to the prevention of sexual assault, a ban on hard liquor, and the requirement for there to be bartenders and bodyguards present at parties.

Dartmouth is not the only university to tackle sexual assault. Elon University in North Carolina requires their incoming students to complete an online course on relationship ethics and side effects of alcohol on behavior before they even step foot on campus. University of California, Santa Cruz has a program in April of each year titled “Consent Week” which is, as the name implies, a week dedicated to spreading awareness for topics ranging from violence targeted towards the gay community to cultural attitudes about rape and sex. 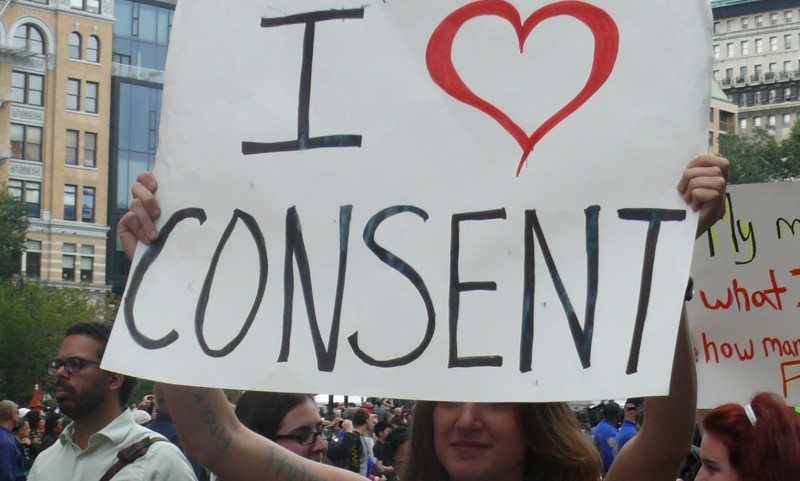 While tackling rape culture on college campuses is largely the responsibility of the individual universities, state laws are vital to influencing the way universities handle sexual assault. While 48 states within the United States have laws that reflect the ever-changing culture surrounding rape, there are two states in particular who seem to be lagging behind the rest: Mississippi and Idaho. The United States Department of Justice considers any unwanted groping or fondling of any kind to be a form of sexual assault, punishable by law. However, in the states of Mississippi and Idaho, fondling and groping are not considered a crime at all. In fact, rape in Mississippi is defined as “the intent to forcibly ravish any female of previous chaste character.” Not only is the language outdated, but it also does not accurately reflect the rapidly changing way we view sexual assault. States such as California are beginning to reflect the changes this movement have made both culturally and criminally.

If tackling sexual assault is up to both universities and state law, it’s fair to say it is also a responsibility of the federal government to make sure states like Mississippi don’t fall behind. In 1972, United States Congress passed Title IX as part of the Higher Education Amendments. Originally, this bill was meant to prohibit gender discrimination in education and extracurricular activities provided by schools that receive federal funding. This federal civil rights law has been expanded to cover discrimination against pregnant women in the classroom, women in STEM programs, sexual harassment and sexual violence. Under Title IX, sexual violence includes attempted or completed rape or sexual assault, as well as sexual harassment, stalking, voyeurism, exhibitionism, verbal or physical sexuality-based threats or abuse, and intimate partner violence. Title IX is also not exclusive to female students and requires schools to give support to victims, remedy the harm, and prevent future harm. Federally funded schools are required to have a Title IX coordinator who handles all filed complaints.

READ: Interested in the intersection between rape and literary representation? Check out this article!

In addition to Title IX, there is a bill pending in Congress, titled “Campus Accountability and Safety Act”. Supporters of the bill believe it will help reform the sexual assault investigation process on college campuses by offering victims protection and a lesser rate of suffering through the process. This is meant to offer support to student survivors as well as establish new campus resources in the event of assault. It introduces the role of a Confidential Advisor, a confidential contact for students experiencing varying levels of assault or discomfort. It also aims to encourage students to come forward with sexual assault reports by prohibiting schools from sanctioning a student who reveals a violation, such as underage drinking, in the process of reporting a sexual violence claim. This bill, if it were to be passed without revisions, could increase the rate of sexual violence reports on college campuses, thus increasing the likelihood of enforcement of state or federal laws.

For California, passing a bill such as AB 2888, that widens the scope of what is considered sexual assault or rape in the eyes of the law, is arguably encouraging the system to seek justice for the victim. While it is unclear whether or not this bill will increase the likelihood of a conviction, it is clear that it will increase the minimum sentence in cases similar to that of Brock Turner. Also, the bill currently in Congress, while not related to sentencing, will hopefully benefit victims and give proper resources to advocates. In standard cases of sexual assault, victims are given a set of resources during the trial, as well as after, to give them the support they might need as a result of their assault or the possible trauma of the trail. There are different types of support specific to different types of sexual assault and whether or not their attacker is convicted. 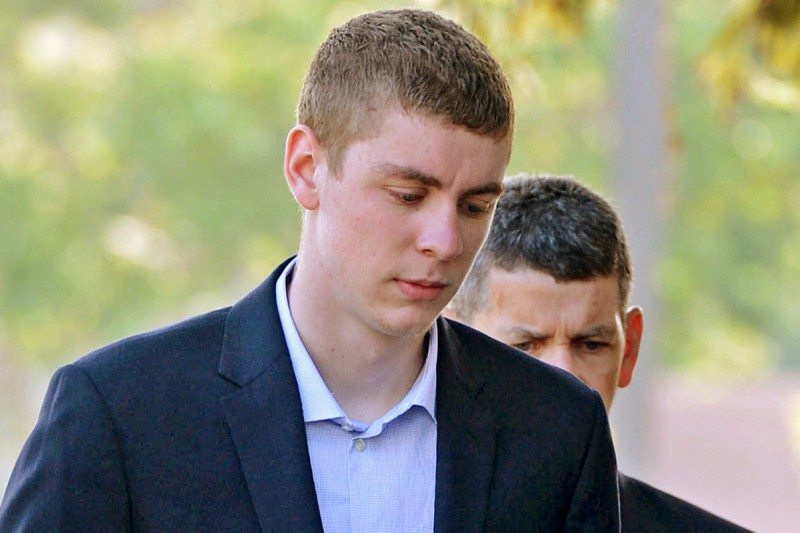 These bills could arguably better prepare advocates in tailoring their resource packets to the specific details of their victim’s assault because each individual experience warrants a different healing process and could impact the type of support these victims need. For example, a victim who experiences sexual assault while conscious could require a completely different set of resources than one who experiences sexual assault while unconscious. By including intoxication and unconsciousness in the scope of sexual assault in a court of law, it could encourage more specific support resources to become available, if there is demand for them. This bill may not do anything to humanize the process for someone who experiences assault, but it could offer them support more tailored to their specific needs. Bill Dodd, California Assemblyman and co-author of the bill, said in an interview, “This bill is about more than sentencing. It’s about supporting victims and changing the culture on our college campuses to help prevent future crimes.”

There is still so much to be done to increase awareness of rape culture on college campuses and this bill might just be a stepping stone for the state of California, as well as the rest of the nation. An article from CNN reported that in 2012, the state with the highest rate of rape and sexual assault was Alaska. In the state of Alaska, laws regarding rape only define it as penetration without consent, which fails to specify the circumstances of intoxication and unconsciousness. It may be nothing more than coincidence but if there is a link between the specificity of sexual assault laws and the rate of sexual assault, California might be onto something, along with other states who have more specific definitions of rape and sexual assault.

READ: Interested in reading more about rape culture? Check out this article on ODY-C!

Brock Turner is only one of thousands of cases that involve rape or other degrees of sexual assault on college campuses every year. The role universities, state governments, and federal governments play in sexual assault prevention is vital. While many universities have already begun initiatives to combat rape culture on campus, state and federal legislation could encourage other universities to do the same. Passing legislation to tighten the definition of sexual assault, while it may do little to humanize the conviction process, could aid in tailoring victim support and increasing the minimum sentence in cases similar to that of Brock Turner’s. The state of California is taking one step of many to reflect the rapidly changing way we view rape and sexual assault and it is my hope that other states follow in their footsteps.