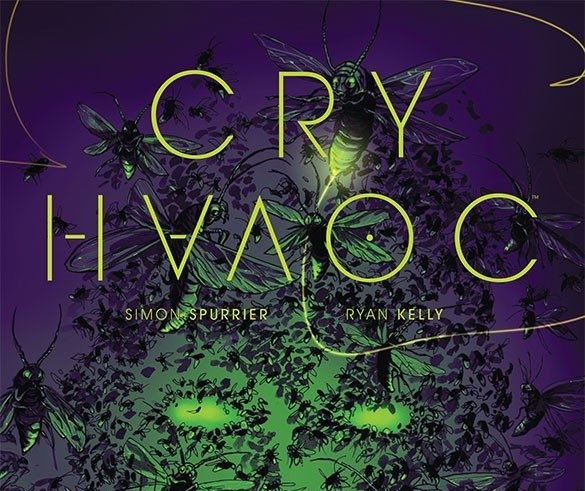 It’s so easy for new titles to get lost in the mix with longer running comic books weekly, but ones like CRY HAVOC need to be in your radar. Writer Simon Spurrier (Judge Dredd, X-Force) teams up with Ryan Kelly (Local, Lucifer, New York Four/Five) to bring you a series sure to make you do a double-take, but leave you wanting more.

In issue #3, we continue following our protagonist, Louise “Lou” Canton, during her journey to control her newly discovered transformations into a werewolf like creature. The issue follows Lou through three different timelines back-to-back,  stitched together to flow as one story. One timeline is back at home in London, where she is still a street musician living out of her girlfriend’s apartment. This marks the beginning of her newly discovered shape-shifting and the issues she runs into while trying to control it. 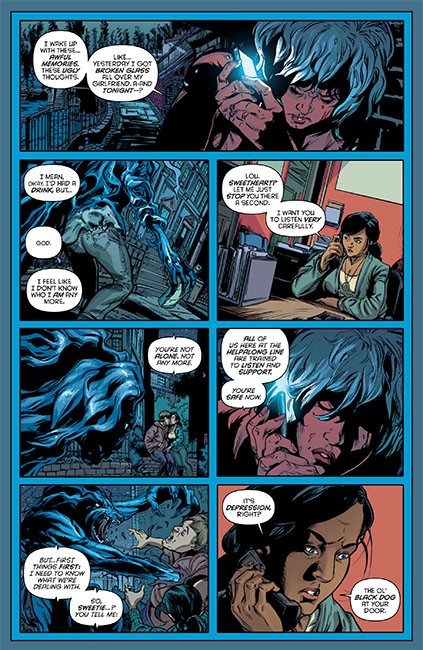 The second one is much after that in Afghanistan, on the hunt for a shapeshifter similar to herself. In this issue, they stumble upon clues that lead her troop closer to finding them. The last timeline is at “The Red Place”, where this particular shapeshifter has a now impregnated Lou in custody.

READ: Love monsters? Read our review on the fourth issue of MONSTRESS!

Spurrier takes his time in this issue developing Lou’s character and opening us up to her anxiety and struggle to accept this beast within her. The beginning of the series teaches us that Lou is a character who is driven by music as well as the love of her girlfriend in the book. However, music doesn’t pay the bills, her girlfriend is beyond over it throughout the issues, and it’s looking to become an unfulfilling relationship for the two. It’s a modern-day issue many relationships face, and the realism in it is relatable for readers.

Although taking pieces of different timelines and creating a seamless story sounds confusing in theory, he is able to showcase the growth of our protagonist. Moving away from life as a street musician and becoming a mercenary gives Lou some structure she once lacked, and a closer look at humanity when in the field. She’s opened up to other cultures outside her city life in London and is given perspective by the other shapeshifters in her troop. The supporting characters in these three timelines aid in her hunger for knowledge in order to understand her new self. 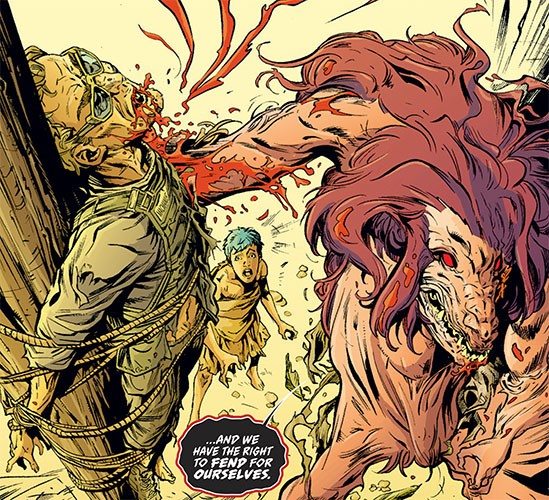 Ryan Kelly’s art is so compelling and dynamic, it blows the panels right out of the pages. His details in linework make our cast pop and add life to their transformations such as the werewolf above. Not only that, but the colors for all three timelines create easy-flowing transitions between flashbacks from colorists Matt Wilson, Lee Loughridge, and Nick Filardi. Each color palette sets the tone for the memories we are taken through, and they all move beautifully from one scene to another in storytelling.

Considering each timeline presents growth in Lou anywhere from London to Afghanistan, it also sets the mood for her emotionally during these times. The color palette captures Lou’s depression and unstable emotional state during her time in London, but also its transition to more confidence and self awareness when she’s a mercenary. The changes we see in colors reflect the changes we see in her when she faces her own demons head on during her hunt. Perhaps that werewolf is really a reflection of a beast within Lou is unleashing after repressing a lot of problems descending from the earlier timeline.

Image Comics has been killing it lately with newer titles, and CRY HAVOC is definitely a series you don’t want to miss out on. It hits the nail on the head with creating a dynamic story and capturing relatable themes such as depression in a unique, fantasy-driven comic book.