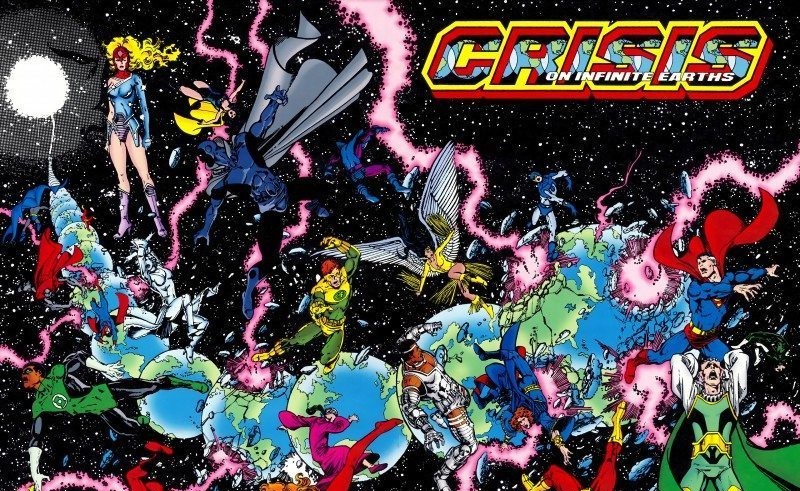 When DC Comics debuted CRISIS ON INFINITE EARTHS in January 1985, no comic book company had yet taken such a drastic move to “clear house” and reorganize itself. By the same token, not many other companies were having the same complications with continuity as DC, so there was little reason for others to even consider such a move.

CRISIS ON INFINITE EARTHS shook not only the foundations of DC Comics but the entire comic book industry as well. In the years after, other companies would follow in DC’s footsteps, rebooting their universes with large-scale events with varying degrees of success. With Rebirth, DC’s newest company-wide relaunch approaching, it’s as good a time as any to look back on what made CRISIS ON INFINITE EARTHS so special.

These company-wide crossover epics are business maneuvers. For DC, CRISIS ON INFINITE EARTHS was a way to make their universe more comprehensible to current readers and approachable to new ones. That didn’t stop it from having a genuine reason to exist in the comic canon, though. Part of what makes CRISIS great is that it doesn’t feel like a cash grab. The same is true of any great crossover.

At its core, CRISIS is a story about the heroism of humanity told on the grandest of scales. Every superhero comic touches on that theme in some sense, but CRISIS addresses it in every sense. It brings in heroes and villains both alike and different and tells a grand-scale epic about the strength of human endurance. These are characters that come from different worlds and speak different tongues, but despite everything that could divide them, their shared humanity allows them to band together to save reality.

CRISIS ON INFINITE EARTHS may have been a (semi) convenient way for DC to reenergize the company, but it still told a story worth telling and that’s something not every yearly crossover or reboot does.

Just as any crossover needs purpose, it also needs a distinct creative identity. What CRISIS  had going for it was that it was the first of its kind, so originality was not much of a problem. With the reboots that have followed, that has not always been the case. Instead of retreading the same ground, a great crossover needs to tell its own story in its own way.

This relates back to purpose. What is the point of telling this story? If there is something worth saying, then the problem of originality should not be of concern. If there doesn’t seem to be a reason beyond sales to write the story, then it probably won’t amount to much more than that. 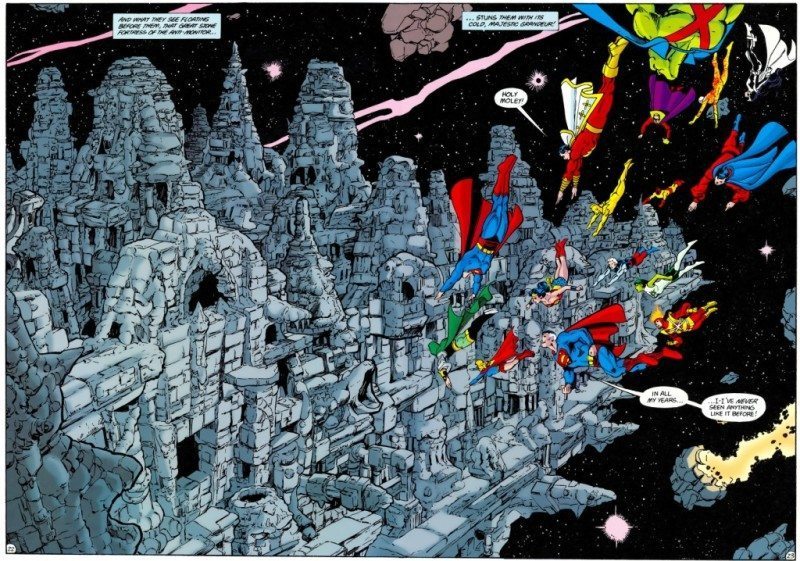 One of the paramount reasons that CRISIS ON INFINITE EARTHS was as successful as it was in telling its story was that it was pushing into uncharted narrative territory. It created a space for itself to exist where its importance could continue to be felt over 30 years after its initial publication.

5 Problems with the Comics Industry

When pitching the idea to DC, Wolfman had to sell them on a limited series with a definitive beginning, middle, and end. That’s not something that’s easy for companies to swallow, as it usually takes a few issues to pick up readership and become profitable. CRISIS changed that because the story was not afraid to embrace its promise of destroying the status quo. Sadly, what seems to be missing from most of the larger crossovers/reboots today is a dedication and ambition to being more than a yearly gimmick.

An Interview with Matt Hawkins, President of Top Cow

Even the base story concept of CRISIS isn’t all that significant, but what makes it shine is its execution. A bunch of DC universes are threatened and destroyed by an omnipotent cosmic demon with a severe overbite. That alone doesn’t sound all too different from something like Convergence or Secret Wars, but what sets it apart is how it handles something simple and makes it compelling. Another good example is the original STAR WARS. The story is essentially recycled, but it resonates with us because of how George Lucas tried to tell the same story with a new angle. 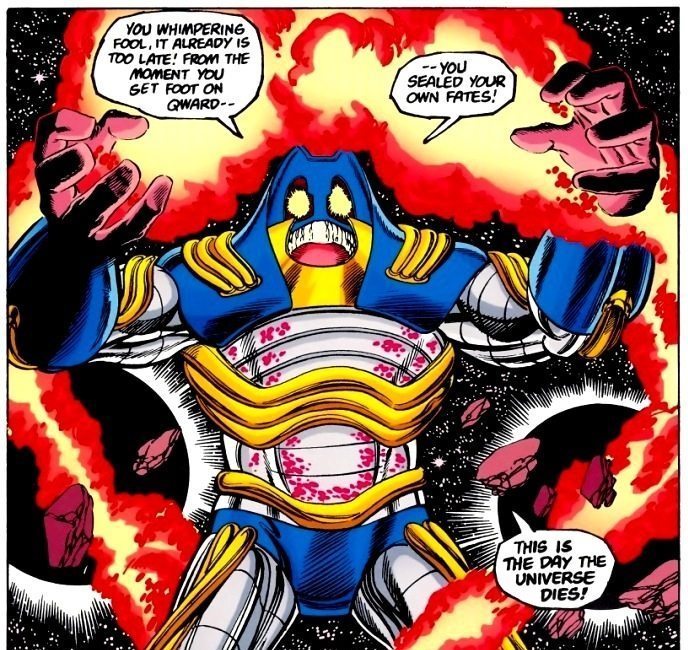 In CRISIS, it is a big Hollywood muppet monster against the good guys. So: Godzilla? King Kong? Any medieval quest? Not in the least. CRISIS manages to be its own story because it tells a classic tale in a unique way and isn’t afraid to embrace its own vision completely.

You may notice a theme here. All of these qualities relate to one another in some way (hint: because you need them all). This very closely aligns itself with being bold. When Wolfman killed Barry Allen and Supergirl, it was definitely bold as hell and very controversial (it still is for some). The reason it stands out in DC’s storied legacy, though, is because it stuck. Barry was gone for 23 years following his death in CRISIS, and we felt the impact of his absence and return. You don’t need to kill off anyone for a story to be effective, but you do need to raise real stakes and deliver on them to build tension.

When Scott Snyder killed Bruce Wayne at the conclusion of “Endgame,” we knew Bruce would be back. Batman—that is, the original Batman—means too much to DC to dispose of him in the long term. As a result, the story was good, but it didn’t feel very significant in the grand scheme of things.

The distinction between this and the previous point is that you can be bold without it meaning anything. CRISIS ON INFINITE EARTHS, however, delivered on its promise to clean up the DC continuity and kept it that way for a long while afterward.

The Best Team for that Story

By and large, companies recruit their best talent (or who they believe to be their best talent) for their reboots/crossovers. The obvious thought is that they need reliable writers and artists for such big projects. What they don’t always do, though, is hire the best team. The distinction here is that the best team may not always be the best group of individual talent; their combined skills must work so well together that they produce material greater than their respective parts.

CRISIS ON INFINITE EARTHS is not a perfect example since Marv Wolfman and George Perez are both renowned for their great individual work. However, what makes CRISIS fantastic is both of their talents together. Comics are a collaborative art first and foremost, and the best books embrace that core tenet. 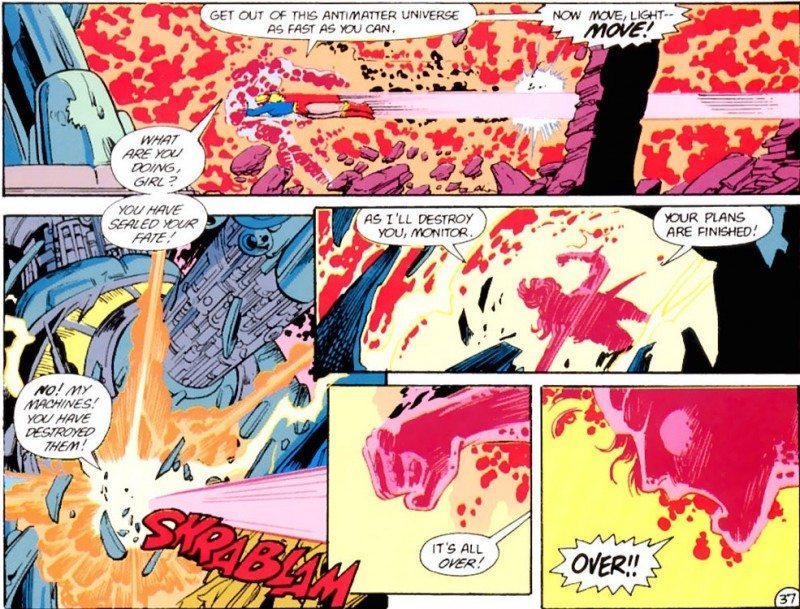