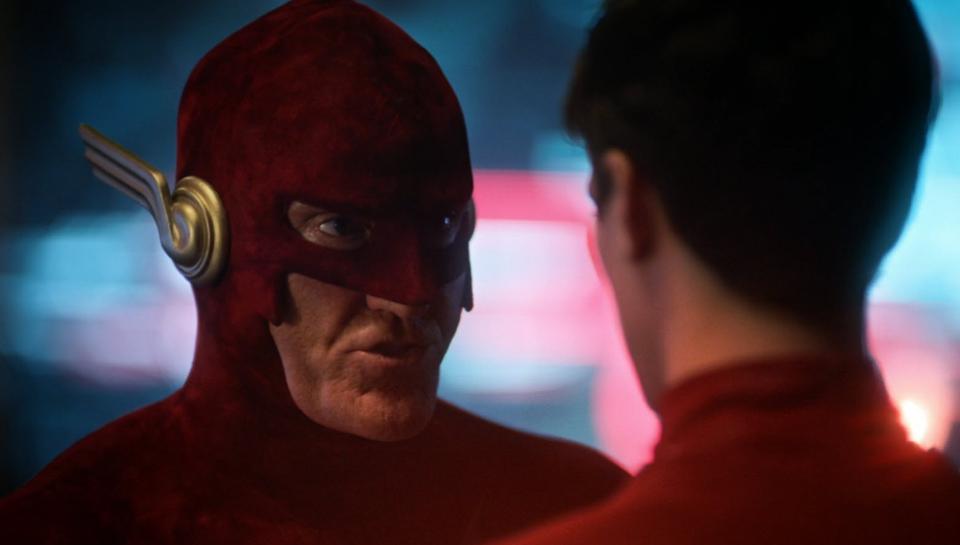 Image from the CW.

Ryan Choi: The Paragon of Humanity in CRISIS Part 3

after the destruction of Earth-203, containing the BIRDS OF PREY series universe, we see that Ray Palmer has repaired the Paragon Detector. While four where already known in CRISIS Part 2, the last 3 are discovered. The Flash is the Paragon of Love, Martian Manhunter is the Paragon of Honor, and newcomer Ryan Choi is revealed to be the Paragon of Humanity.

Iris, Ray, and Ralph go to find and recruit Ryan in Ray hometown of Ivytown on Earth-1. While Ryan is initially hesitant, he determines that joining the heroes is the right thing to do.

Meanwhile, Diggle learns of Oliver’s death and is not happy. He joins Constantine and Mia to Earth-666 in order to try and get Oliver’s soul back. There they visit the Devil, as in Lucifer Morningstar from the LUCIFER television series played by Tom Ellis. He owes Constantine a favor, so he gives them a ticket to Purgatory where they will have a limited window to retrieve Oliver’s soul. 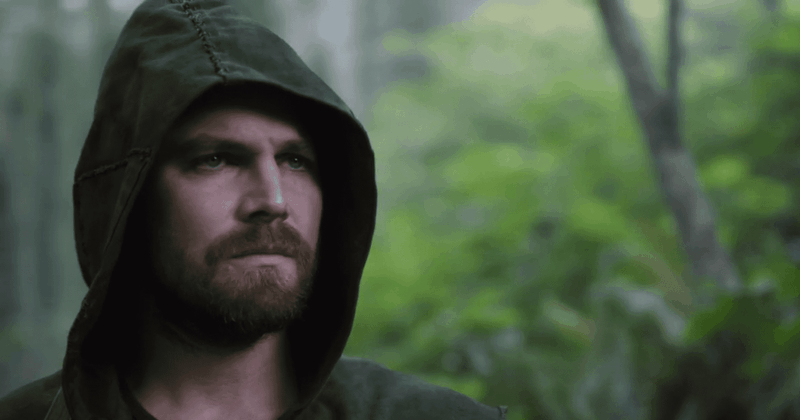 Image from the CW

On Purgatory, they find Oliver, getting him to remember who he is. However, in surprise move, Jim Corrigan (The Spectre) appears and convinces Oliver to become the new Spectre! As a result, he does not return with Mia, Diggle, and Constantine.

The Flash Vanishes In CRISIS Part 3

While all that is happening, Barry, Caitlin, and Cisco go to Earth-1 to try and stop the source of the Anti-Matter wave. The Monitor restored Cisco powers, meaning that Vibe has returned. They meet with Nash Wells, who has now been cursed by the Anti-Monitor, becoming Pariah. Together, they find the source, a large anti-matter cannon being powered by the Barry Allen of Earth-90 on the Cosmic Treadmill. With Vibe’s help, they get him off the treadmill and Pariah brings Black Lighting to contain the energy just before his own Earth gets destroyed. 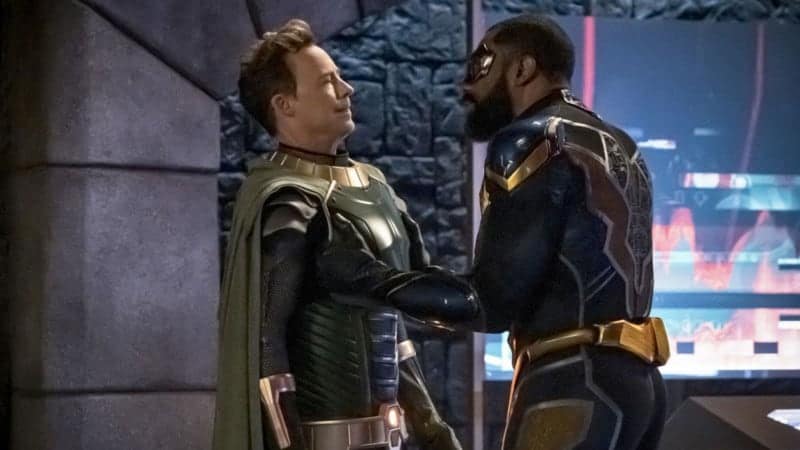 Image from the CW

Earth-1 Barry determines that he was meant to get on the treadmill and overcharge the cannon. This is how he vanishes in the CRISIS, saving everyone. However, before he can, Earth-90 Barry temporarily steals our Barry’s speed, doing the deed himself, running so fast that he vanishes, overloading the cannon. In this way, Barry Allen, the Flash, still vanished in CRISIS, just not the Barry we all thought it was going to be, Earth-1 Barry included.

No More Earths and the Vanishing Point

After Kate convinces Kara not to use the Book of Destiny to bring back Earth-38 lest risk madness, the heroes all regroup back on the Waverider. All Earths have been destroyed, save for Earth-1. However, Harbinger returns too, now under the control of the Anti-Monitor. With his wave still approaching the final Earth, Pariah transports the 7 Paragons away to the Vanishing Point, the one place the Anti-Monitor can’t reach as it’s outside of time and space. The reaming heroes and the Monitor are all destroyed along with the Waverider and Earth-1.

At the Vanishing Point, the Paragons are at a loss, unsure of what to do. However, Superman, the Paragon of Truth fades away and Lex Luthor appears in his place. Apparently he overwrote the Book Destiny’s list of Paragons in order to save himself!

With only two parts left in the CRISIS in January, what do you think so far? Did you like CRISIS Part 3? Let us know in the comments below!

CRISIS ON INFINITE EARTHS is now airing on the CW.