Getting out of jail was supposed to be a good thing for Teeg Lawless. But thanks to his son, he’ll wish he stayed in longer. From writer Ed Brubaker (KILL OR BE KILLED), artist Sean Phillips (THE FADE OUT), and colorist Jacob Phillips (MY HEROES HAVE ALWAYS BEEN JUNKIES) comes CRIMINAL #1. When your backs against the wall, how far would you go to save someone you love? It’s a tale about bad people encountering really bad people. With superb storytelling and cinematic worthy artwork, this is definitely a must read.

CRIMINAL #1 is about a newly released ex-con named Teeg Lawless who is pulled back into a life of crime after his son brutally attacks and robs an elderly man linked to Teeg’s past. Unfortunately, the old man turns out to be the best friend of local crime kingpin Sebastian Hyde’s late father. Now in order to settle the debt created by his kid, Lawless must come up with twenty-five grand in two weeks or they’ll murder his son. 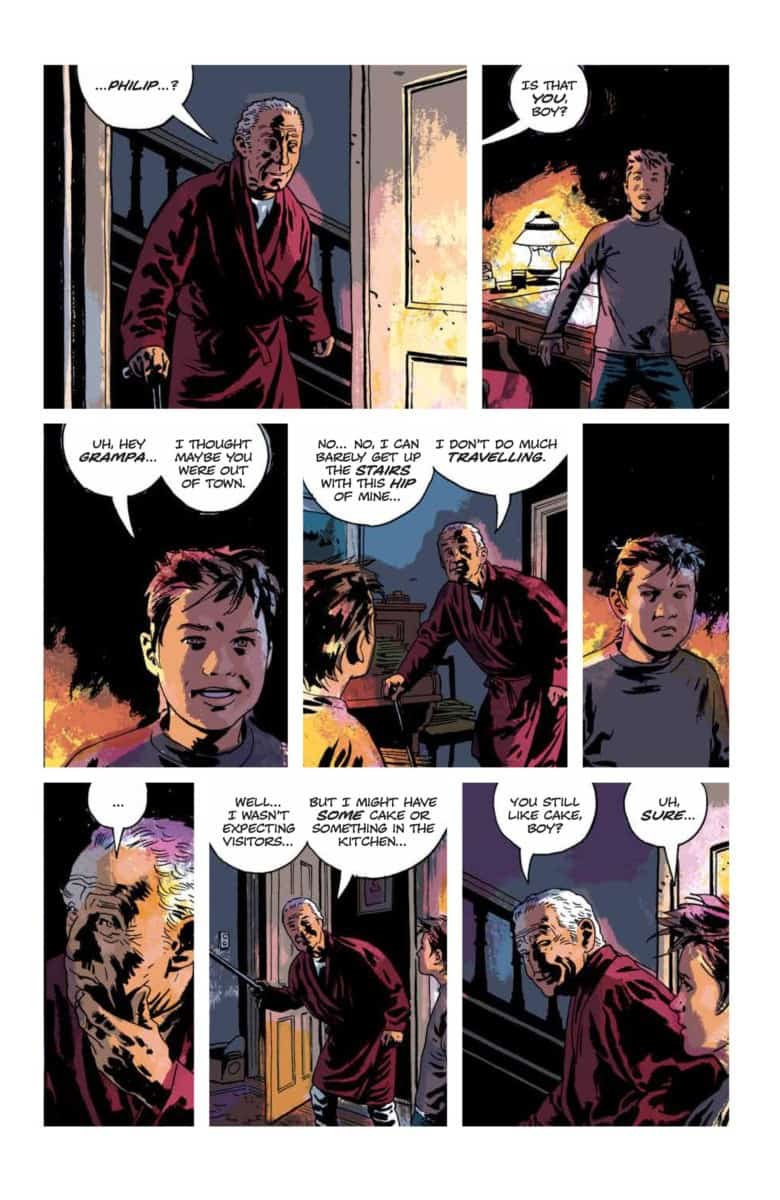 CRIMINAL #1 is nothing short of brilliant. Brubaker has always been an exceptional storyteller and this book is just another shining example of that. Not only does it reel you into the story but it never lets up pacing until you reach the end, leaving you wanting more. In a day and age ruled by superhero comics, Brubaker easily proves that the noir style of comic still holds a prestigious place among the ranks.

Allow Me to Reintroduce Myself

CRIMINAL was originally published by Marvel Comics imprint, Icon Comics, and later by Image Comics. They started as one-off crime stories that didn’t necessarily have to be read in order to understand the story. Here, Brubaker is reintroducing it as a new monthly series beginning with the first premise of Lawless being dragged back into crime to save his son, Ricky Lawless. The plot works incredibly well as it’s the story of a man trying to leave his criminal past behind but somehow it always catchs up with him. 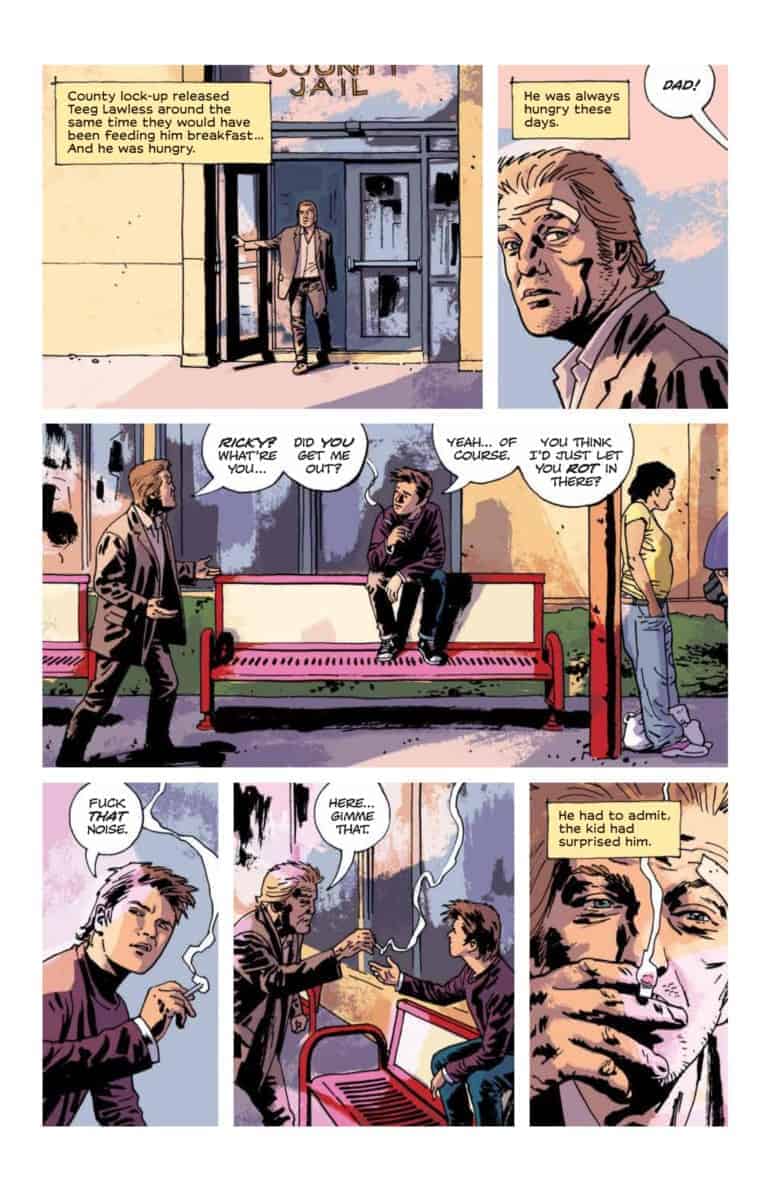 Why Criminal Works So Well

Brubaker does an impeccable job at using a dysfunctional group of characters to tell a story about humility. What is CRIMINAL #1 about? It’s a crime noir thriller. What it’s really about? It’s about a bunch of criminals trying to survive and do whatever it takes for their loved ones. You have Ricky who beat up and stole a rare diamond from a senior citizen to get his old man out of the slammer. In turn, you have Sebastian Hyde who may kill Ricky for attacking an elderly man. And last but not least is Teeg Lawless who gets right out of prison and has to deal with the repercussions of his offspring. 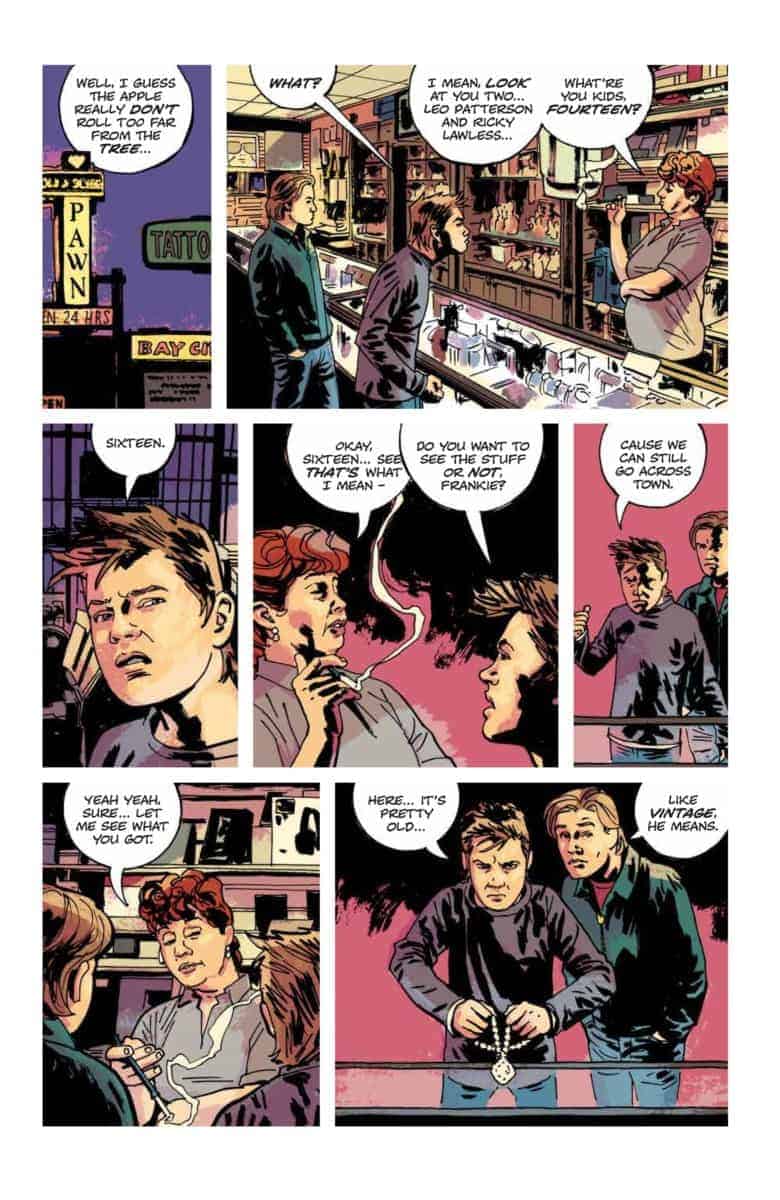 Brubaker’s storytelling draws you in and works so well because he’s telling a story about flawed people. It’s a story that most people can relate to because none of us are perfect. We may not stoop to the stupidity level that some of these characters reach within the story, but we understand them. Then there’s the question of what do you do when you’re running out of options? Or better yet, what do you do when you don’t have many options to begin with? This is the perfect reason why sometimes people wind up living a life of crime.

The streets of Center City return thanks to some amazing artwork by Sean Philips. His gritty and badass crime style of drawing sets a high standard for noir fiction. He has a great perspective of the human anatomy, body language, and penciling people as they look in the real world. He never second guesses his work as his pages are always spot on with the dialogue and actions in the panel. 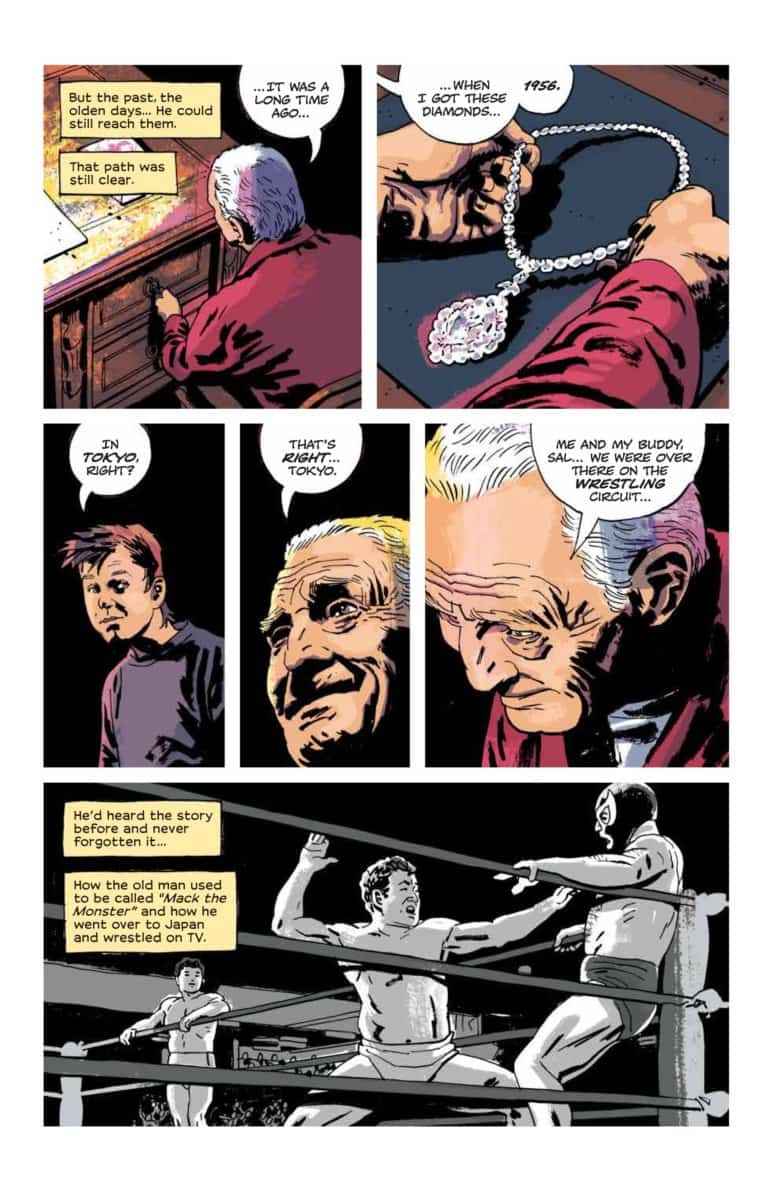 Philips does a great job at drawing all these flawed characters. He knows how to highlight and bring out the best and worst in them. There’s a great interview on youtube about Sean Phillips talking about his art process. Colorist Jacob Phillips really enhances and handles the colors of the book very well. Jacob Philips really helps set the tone in each scene. Phillips choice to color outside the lines helps to highlight the imperfections of the characters and the world around them.

And on that Note…

CRIMINAL #1 is one of the coolest comics to come out thus far in 2019. If you haven’t already, do yourself a favor and pick up a copy today. At a whopping 48 pages, you get twice the comic at the same low price. Ed Brubaker, Sean Philips, and Jacob Philips do not disappoint. If you love crime thrillers, you’ll enjoy this book.