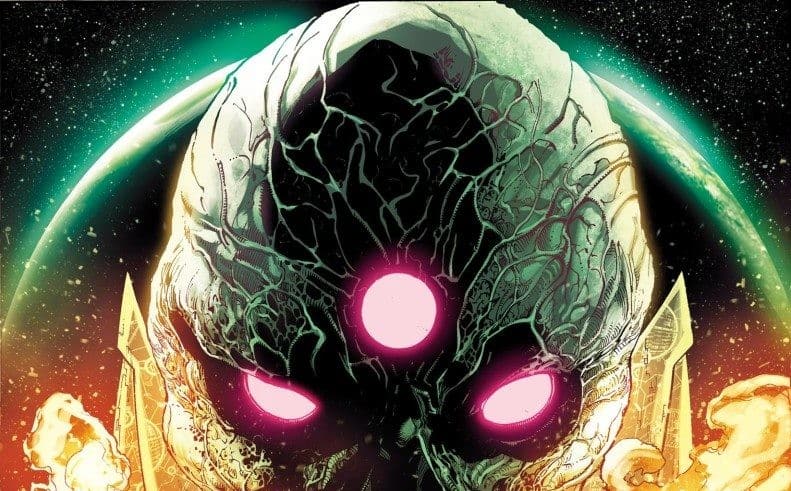 To say whether Convergence #0 is good or not is to miss the point. It’s mission is not to be good. It’s mission is to set up one of the most ambitious story arcs in the history of comics, coherence be damned. As a stand alone comic it’s tedious at best, but as a setup it delivers all the right assists to lead to the mother of all goals. It’s the Iron Man 2 of comics. It may not be a terrible standalone film, but it’s critical for an awesome Avengers movie.

We start out with a chained up Superman being banished to the desert by an especially powerful Brainiac. The Last son of Krypton wakes up in a desert with amnesia and some pretty gnarly five o’clock shadow. After a mere five panels of impatient suspense, Superman comes face to face with a less powerful Braniac, whose appearance shifts between different iterations of the character. This semi-Braniac explains to Supes that the desert planet contains various Metropolises that have been conquered and collected by Braniac. Confronted with such a revelation, Supes does what he does best: Punch the crap out of everything. Even while a conveniently helpful Brainiac is explaining critical information, our hero can’t help himself from killing his only source of information. Despite his misguided efforts, Braniac is able to reveal the endgame before Supes rips his head off: Superman must determine which of the Metropolises deserves to survive and which deserve to be destroyed and forgotten. Presumably the corresponding DC universe goes with it. For example, The death of the Animated Series Metropolis means the death of the DCAU just as the death of the Evil PS3 Metropolis means the death of the Injustice Universe. 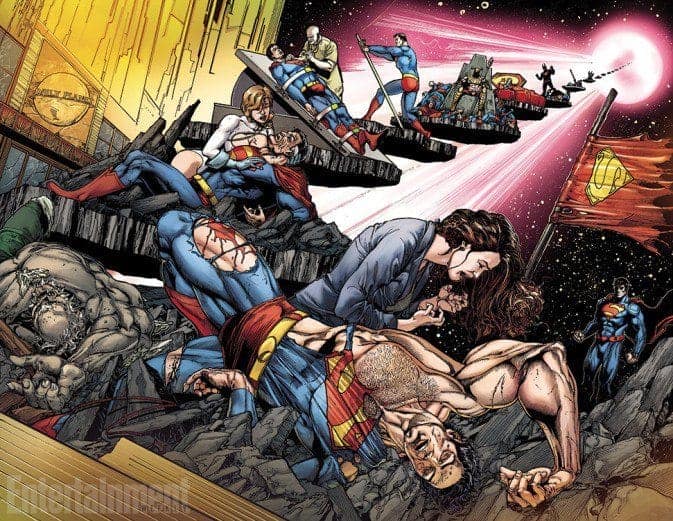 This inaugural issue, by itself, is simple and forgettable. It includes some of the worst exposition ever seen in a comic. Braniac is a difficult character to write for, given his robotic character, so imagine how painful it is to hear ten different Brainiacs talk at once! However, the ends justify the means in setting up a petty promising scenario. DC fans have the chance to not only revisit favorite universes but also pit them against one another. We’ll finally get to see how Grant Morrison’s All Star Superman fares against Frank Miller’s Batman, or How Terry Mcginnis deals with a Pre-Crisis Superman. The possibilities of the crises are infinite.

So far there’s no sign of any cinematic influence on the comic, but that will most likely change. While there’s little evidence in this issue to suggest a link between Convergence and the upcoming Justice League movies, the timing of such an all encompassing storyline is a bit too convenient. Our prediction is that the events of Convergence will result in a DC comic universe with a Dothraki Baywatch guard as Aqua Man and a Batman who suspiciously looks just like Will Hunting’s drinking buddy. The fun part will be seeing how such a complicated storyline ends up in that stage.

All in all, Convergence #0 will most likely be remembered as the vegetable setup that needed to be begrudgingly eaten before relishing in the desert storyline. While #0 gets a low score for now, hopes are high for the next entry in this already epic tale.