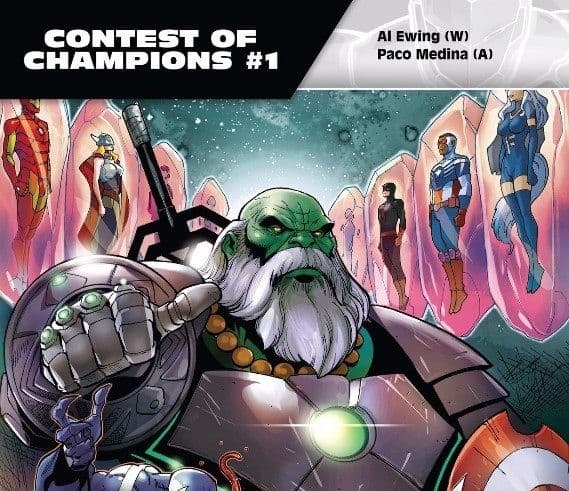 In the flood of information on All-New, All-Different Marvel – we may have just missed a major twist!

CONTEST OF CHAMPIONS, based on the Marvel game, will feature a band of heroes trapped in constant battle – at the whims of the Maestro!  But when Al Ewing chose his cast, he included an interesting character who American fans may not have seen before.  Check out the top right-hand corner:

That is none other than the super-hero White Fox, a character starring in Marvel’s Korean webcomic, AVENGERS: ELECTRIC RAIN.  In November last year, Marvel announced that she’d be brought to the mainstream Marvel continuity in one way or another, and would wind up teaming up with the Avengers in American comics.  It looks like we now know where she’ll make her American debut. 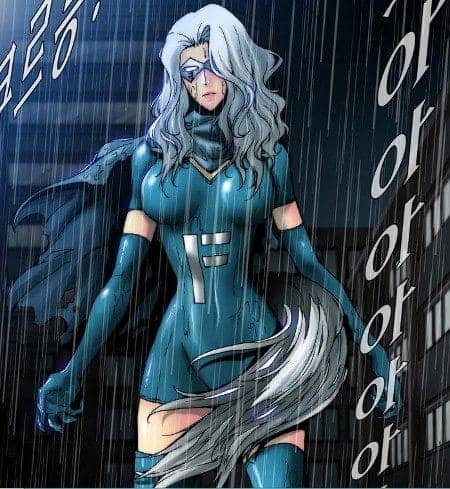 White Fox was created by Korean cartoonist Young hoon Ko, with some of her origin revealed in the ninth instalment of the webcomic (but frankly even there she was left mysterious).  She was inspired by the Korean legend of the nine-tailed fox, or kumiho, which has ties to the more well-known Japanese legend of the kitsune (popular authors have used them in series such as THE VAMPIRE DIARIES).  You can see her starring alongside the rest of the Avengers in this promo image for AVENGERS: ELECTRIC RAIN: 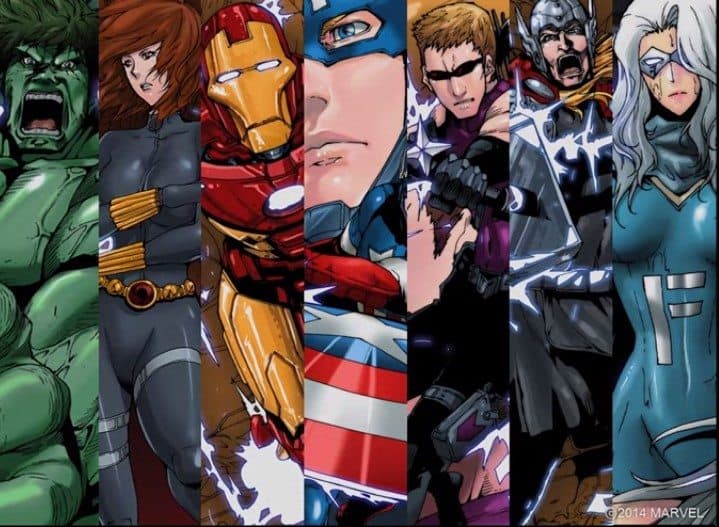 The character proved to be tremendously popular, and it’s a matter of note that comic book sales in Korea are rocketing; Marvel would have to be fools not to be trying to capitalise on this new market.