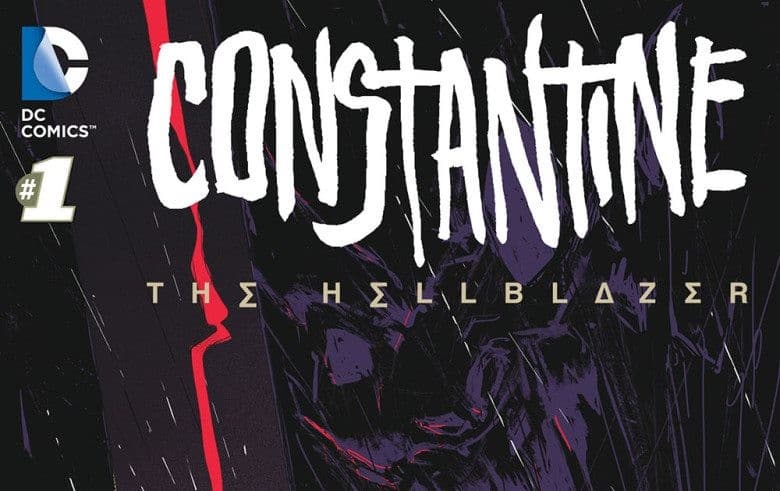 The book opens with John Constantine himself standing naked and bloody in a clothing shop. This first issue sets the tone for the entire series, John himself says that “It’s exactly what it ****ing looks like. But that’s the trick.” We’re immediately introduced to John’s spectral hoard that appears at their own whim. We see that he is weary from whatever hellful* event he’s just undergone, and his composure isn’t A+ at the moment. We meet the enjoyable Oliver of “Oliver’s” and  then the demon Blythe. Blythe takes John through her very own Inferno in hopes that he will deal with a nuisance that she herself couldn’t do much about. In the end, writer Doyle makes on thing clear: John Constantine will not be used by demons, he knows where he stands… for now.

The Best Part: The Oliver of “Oliver’s” moment. The understated subtext of flirtation and the ease of which it reads (in no way awkward or forced) on the page actually brought me to reread it once I’d finished my first run through of the story.

My Aggravator: Blythe. So, demon lady walks in the room and instead of telling the soul sucker to kick a bucket, John does the dirty tango in the back of a club with her. Sorry, Johnny, but that’s tacky and even though we all know your soul is doomed for eternal damnation at some point in forever, standards are kind of a universal thing.

My Prediction/Hopes: I’m crossing my fingers that Oliver will be a recurring character that has something to offer other than witty banter. Also, I’m leaving a cookie out in hopes that the series doesn’t end with John losing something he begins to care aboutwhat/whoever that is. Additionally, it’s be a treat to see Blythe come back some time in the series just to get smacked back to Hell, further than before preferably.

My Comments/Changes: John comes off as a very fleshed out and balanced character and I feel as if writers Ming Doyle (she is typically an artist, and this is her first time writing) and James Tynion IV know what story that they’re telling and the characters that they’re using. The art isn’t my favorite here; I actually wish that Doyle could draw as well as write.

*That’s totally a word that I made up and refuse to apologize for my creative use of the English language.