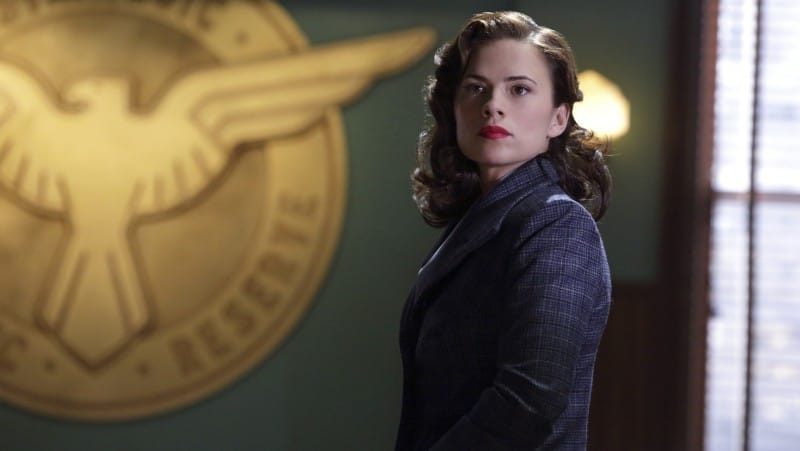 The Secret Origin of Madam Masque 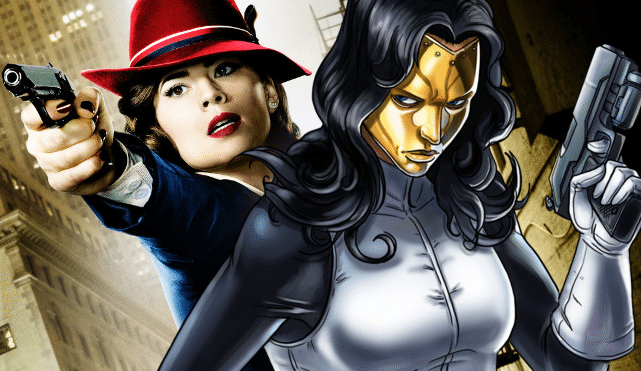 Madame Masque is a significantly different character in the comics as opposed to the character that first showed up this season of MARVEL’S AGENT CARTER. Within the comics, she’s a love interest of Iron Man, and she first appeared in 1968. Masque is the daughter of a criminal from Rome who goes on to accept her father’s legacy of crime after he meets his untimely end- needless to say, it’s very different from this version of the character, someone hell-bent on furthering her husband’s career while continuing her own crusade of mysterious means. On AGENT CARTER, Frost discovers zero matter, igniting her villain origin.

Did Edwin Jarvis Hang Out with Peggy in the Comics? 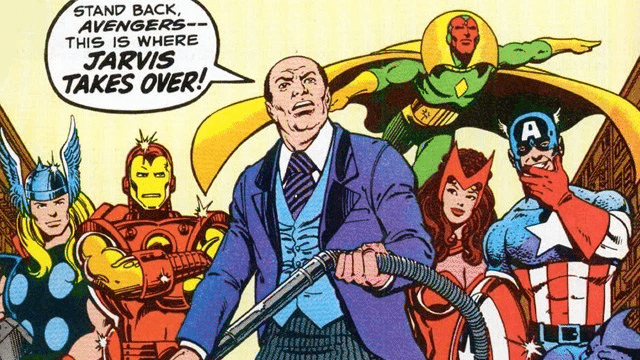 First appearing in 1964, Jarvis initially fulfilled the role of being the Avengers butler. He first appeared in TALES OF SUSPENSE, created by Stan Lee and Don Heck. A champion boxer and Royal Air Force pilot, Edwin has had a long history in comics. After serving in the R.A.F., he served Howard and Maria Stark as their resident butler. Dissimilar to his AGENT CARTER appearance, Edwin Jarvis has not spent quite as much time with Peggy Carter as the show would have you believe. Jarvis was almost exclusively an AVENGERS character for many decades.

CLICK: Like comic TV shows, but don’t know where to start reading? Here’s 5 essential reads for any ARROW fan!

What Secrets Lie in the Red Room? 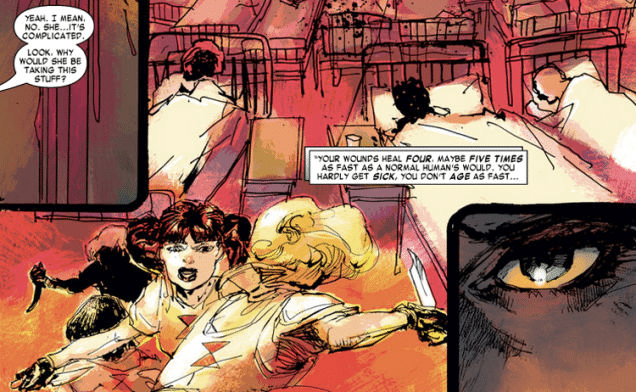 Dottie Underwood is said to be from The Red Room, the same place that trained both Natasha Romanov and Yelena Belenova, either of whom may be better known to Marvel Comics readers as The Black Widow; both characters have assumed the identity of the Russian Spy mantle at various times in their lives. The K.G.B. training facility groomed The Black Widows from a young age, enhancing them with implants and biochemical adjustments. Little is known about the origins of the Underwood from AGENT CARTER.

When Did Roxxon First Appear?

In AGENT CARTER, Roxxon is a terrorist organization looming in the shadows. The same goes for the comics, where, in 1974, the organization first debuted. Their full name is as follows: The Roxxon Energy Corporation, Originally thought to be a legitimate business, the corporation  soon became entangled with aspects of The Serpent Crown for many decades. In the films, we’ve seen Roxxon play prominent roles in the Iron Man films and in this season of Agent Carter. I think it’s safe to say Roxxon is going to stick around for years to come.

The S.S.R. Wasn’t Initially Established in the Marvel Comics Until Later 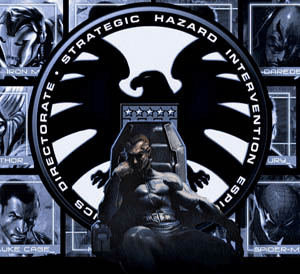 The organization actually didn’t appear in the comics as the show would like you to believe, S.H.I.E.L.D. was the first fictionalized spy organization in the Marvel Universe, and was originally created in 1965.

CLICK: If you like comic book TV shows, you’ll want to learn all about the ways CW’S THE FLASH connects to the books!

Yikes. The plotting has always been particularly thin on this show, but this pair of episodes really left something to be desired here. Whenever Carter dips right into the pseudo-science, my mind hits the void; it was also quite disappointing to see Peggy stumble around having a direct conversation with Jarvis about the men in her life. I like the fact that Jarvis was able to draw attention to how she was inherently valuable, but it was disappointing to see the show address something in such a direct manner- I wish there was more subtext or a more interesting visual aspect like what we had seen in the past couple episodes. Last season spiked around this period when Carter was on the run from the S.S.R., and I never feel like Carter was able to truly pump up the stakes that high this year. Also, despite a lot of effort, the character of Whitney Frost is just not compelling enough on-screen as a truly badass villain. Maybe Agent Carter will be able to pull it together in the finale.

Is there anything we missed? Let us know in the comments!