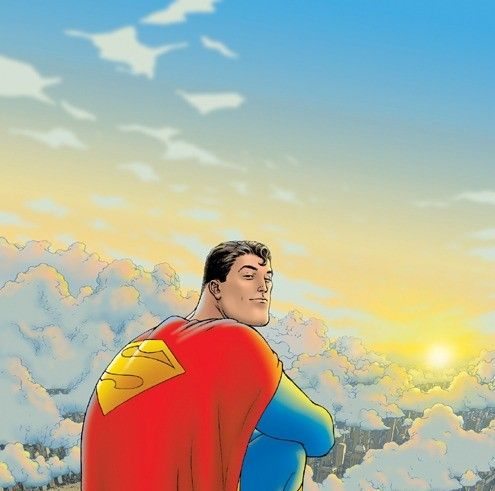 I remember it like it was yesterday, my first New York Comic Con. It was 2007 and I was sixteen years old, an inexperienced comic book reader looking to find the next big thing for my bookshelf. After meeting Jim Lee and getting an autographed copy of ALL-STAR BATMAN AND ROBIN issue 1, I caught sight of it at a booth. The first volume of ALL-STAR SUPERMAN was set on a pedestal, the beautiful art highlighted with bright colors, something I hadn’t encountered in comics prior. I purchased the trade immediately but it wasn’t until I had gotten into college that I sat down to read the whole story. At a time where I felt like everything was falling apart around me, I found hope. That hope was found in the last will and testament of Superman, as told by Grant Morrison and Frank Quietly.

THE LAST WILL AND TESTAMENT OF SUPERMAN 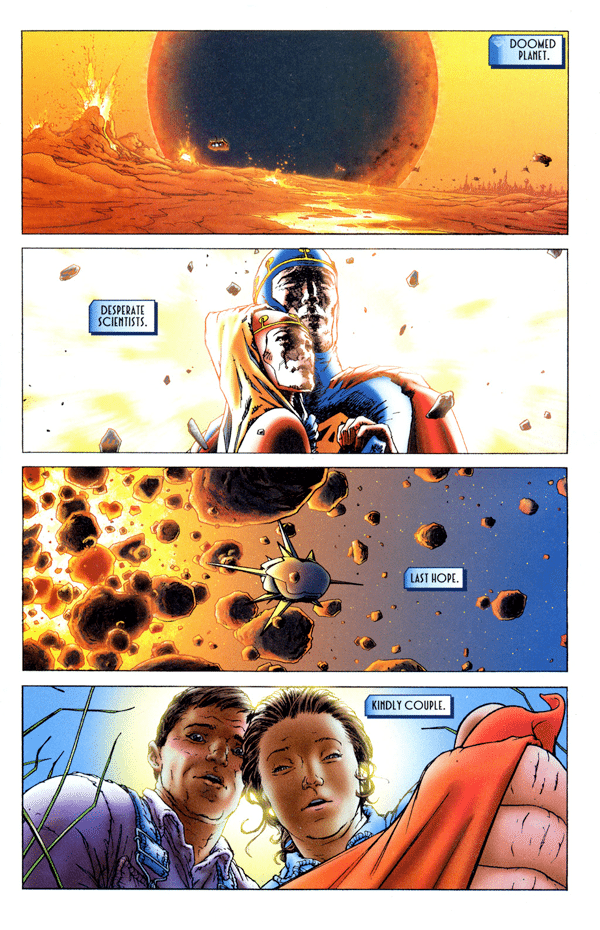 To accept death, you must first learn to appreciate life. Grant Morrison and Frank Quitely’s ALL-STAR SUPERMAN is a story about the death of Superman, but at its heart, it is a celebration of his life. After an attempt by Leo Quintum and his team of scientists to “get a spoonful of sun” is sabotaged by Lex Luthor, Superman gets closer to the sun than he’s ever gotten. The experience leaves him with new powers and even greater strength, and yet, there’s a cost. His cells have become irradiated beyond repair; Superman is dying. And that’s not even the best part.

The storyline evolves into “The Last Will and Testament of Superman”, but Morrison writes the story in a way that a Man of Steel book should read, with great wonder and hope. We readers get to experience crazy science fiction moments, like Lois Lane’s day as Superwoman, the chaining of the Chronovore monster from the 5th dimension, and an exploration of Bizzaro World with Zibarro, the Bizarro of Bizzaro. The truly masterful moments within the series, though, are when Morrison explores Superman’s humanity. The death of Jonathan Kent and Lois’ birthday dinner stand out to me as moments where we can truly understand that Kal-El is just as much Clark Kent as he is Superman. His human connections and emotions shine brightest when they are in contrast with his responsibilities as Superman, and it makes this comic so much more engaging to read.

THEY’LL MEET YOU IN THE SUN 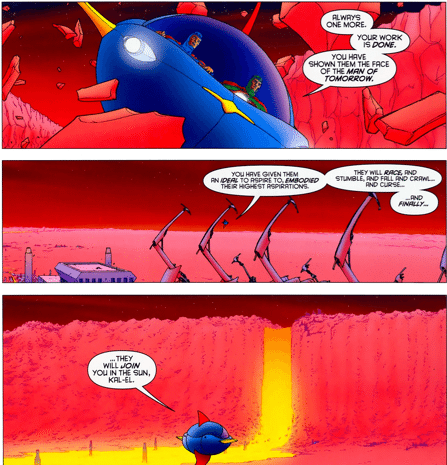 Superman’s death in ALL-STAR SUPERMAN is vastly different from his death in the “Death of Superman” storyline from the 90s and for me, that’s a positive. The original death was a storyline that was created to boost sales, introduce more characters into the Superman continuity, such as: Superboy, Steel, and Cyborg Superman, and to revamp the character with his eventual return. With ALL-STAR SUPERMAN, Morrison establishes Superman’s sickness in the first issue and as a result, the narrative works as a character study on Superman. Superman accomplishes great feats throughout the story but there is one true focus he follows throughout the storyline: will humanity survive in a world without a Superman? 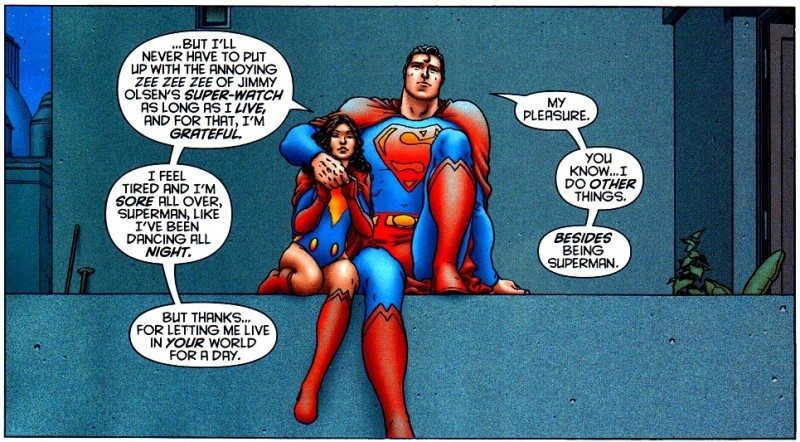 His love for Lois and his desire to live are outweighed by his responsibility to Earth as Superman. In the face of death, Kal-El’s concern is to complete the twelve legendary super challenges as mentioned by Samson in issue #3. Superman’s desire to accomplish these feats have nothing to do with his pride but his hope to maintain both the timeline for the future and the safety of humanity. To assure his success, Superman builds a pocket universe, Earth Q, where he creates an Earth without a Superman to visualize whether or not they would survive. In that universe, which Morrison insinuates to be our own, Superman’s presence is relegated to a fictional comic character created by a young cartoonist. With this knowledge, Kal comes to understand that he doesn’t need to be alive to matter in the world. Superman is a figure of hope whether living or dead, real or fictional, and the world will survive without a Superman. With his final feats of bringing Luthor enlightenment and healing the sun, he is able to surpass death to live on as a memory while leaving open the possibility of a clone child of himself and Lois Lane.

Okay, that’s a lot to process, but as readers, we are exposed to a raw, emotional look at “the man who has everything”. Superman, in his final year of life, did all he could to give back to the world that gave him a home after the loss of Krypton. For a character normally written as a god raised on a planet that never truly understands him, ALL-STAR SUPERMAN is a story that allows readers in a modern age to interpret the character as he was originally written to be, a beacon of hope and a savior of all life.

There can never be enough said about Frank Quitely’s artwork. The man is a master of his craft and that can be perfectly seen in this run. Quitely’s attention to detail is as maddening as ever with everything from Luthor’s jail to his drawn on eyebrows. The work is just beautiful. His take on Bizzaro is one of the most interesting visuals I’ve ever seen done with a character I normally can’t stand to look at, but I think the coolest aspect of Quitely’s art in ALL-STAR SUPERMAN has to be how he draws Clark. When drawing Superman, Quitely draws an elegant and powerful man who holds the attention of everyone on the page. This is in stark contrast to the depiction of Clark Kent who takes up more panel space in a hunched over, diminutive position and has to be more physical on panel to maintain attention. This was the first and only Superman comic I have read where such detail went into differentiating how the two personas appear on page and I really appreciated that.

For me, the scene in #10 where Superman takes time out of his productive day of freeing the citizens of Kandor and curing cancer to prevent the suicide of a young girl is the single greatest piece of sequential art ever produced. Standing with her on the ledge of the building and telling her that she was strong enough to get through this moment, I’ll admit, I wept. This scene isn’t something we readers get to experience in our monthly pull lists of super hero books. It was a moment of love and kindness in a single day of Superman’s life that shows how even words can save a life.

In the years since publication, ALL-STAR SUPERMAN has been a New York Times best time seller and an inspirations to many fans. It has been adapted to the screen in the form of an animated movie and it has been collected in various forms of hardcover and softcover books. For me, all of these accomplishments pale in comparison to the creation of Earth Q, the world Superman created in #10, the world without a Superman. Am I claiming that our world was created in a fictional storyline created in real time? Well, you’ll just have to read it and find out!