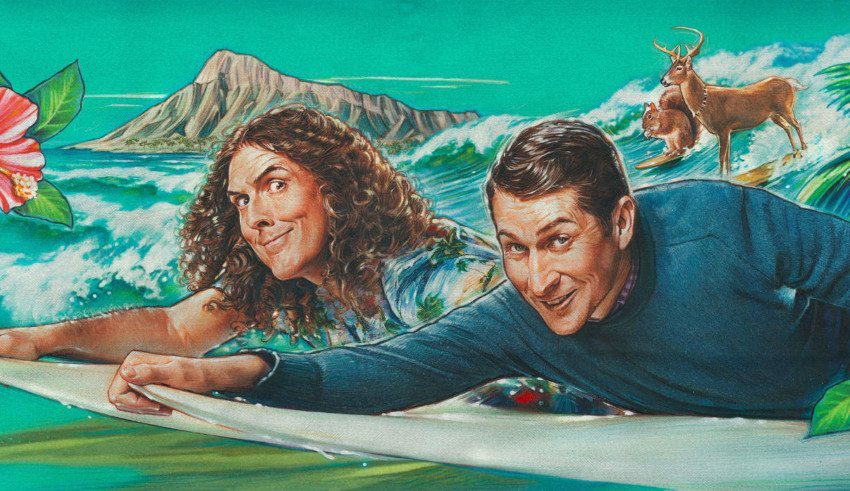 If you’ve heard of COMEDY BANG! BANG!, you may be thinking about one of two projects. The comedian Scott Aukerman has created two relatively different projects under the same moniker. There’s the podcast that’s been going on since 2009, with hundreds of classic characters and catchphrases, and there’s the television show that’s currently airing its fifth – and final – season. And while both projects have merit, why is it that one is outlasting the other? There’s a difference between not only content, but reception, and maybe the two beasts were too different.

READ: How politically correct does comedy need to be? Read more about the important balance here!

The COMEDY BANG! BANG! podcast is one of the most innovative projects out there. The successor to the “Comedy Death Ray” radio show, the podcast is about 90 minutes of great improv per episode. Aukerman has on many improv comedians, who do amazingly outlandish characters. With the free form and length of the podcast, episodes tend to go in perfectly weird directions. The diversity of personalities on the series makes for such creative content. It’s all spontaneous and ludicrous, making for a unique form of entertainment. It’s no wonder the show has been able to go on for years, as each episode manages to reinvent your expectations.

The television series, on the other hand, is an entirely different project. It’s unfair to call it unfunny, but it’s certainly not the same as the podcast. The COMEDY BANG! BANG! show, rather than a freeform improv hour, is a satirical late-night series, hosted by Aukerman and a musician sidekick. As a comedy series, it sticks to a regimented 20-minute format. It’s also far more structured than the podcast, following an actual storyline. The show has had several high-profile guests, playing exaggerated versions of themselves, which is pretty amusing. 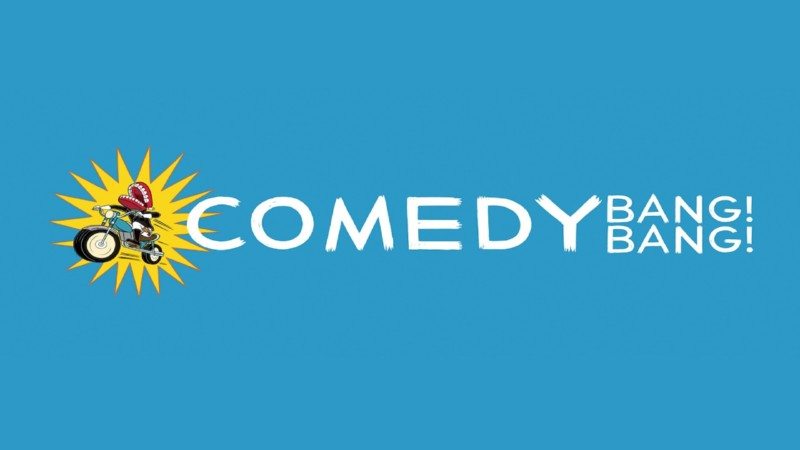 So why isn’t the television series going as long as the podcast? If you look at most late-night-style shows, they usually last for a long time. Do the different forms really account for the discrepancy in popularity? Neither are failures by any means, but their longevity clearly isn’t the same. The television series has had five seasons, which is not small feat, but the podcast has been going since 2009 with no signs of stopping. The podcast also has about four times as many episodes, and considering how long the episodes are, that’s quite a lot more.

READ: Are you familiar with Aukerman’s work in comics? Check out our review of his SPIDER-MAN/DEADPOOL comic here!

The major problem that arises when comparing these shows is the content. While neither show is especially terrible, the sheer divide in format is shocking. The free-form jokes are very different than the pre-scripted banter. There’s a little bit of overlap between the characters on either show, but it’s not enough to make the shows feel connected. It’s just not the same style of humor, and it makes it difficult to fully enjoy both equally. Ultimately, there’s a divide drawn between the shows. And while neither is bad, there are clear reasons why the podcast seems to have lasted longer.

See, as funny as the show is, the shorter format tends to limit the comedy. By applying time constraints to the series, you trim down how many jokes can come out of each episode. Each episode of the television series, on top of being a satirical late night show, also parodies various comedy tropes. While that’s amusing in its own way, the time given to the phenomenal podcast characters is minimal. Seeing as the characters make up a lot of the biggest laughs on the podcast, it seems weird that they’d be cut out of the TV action. 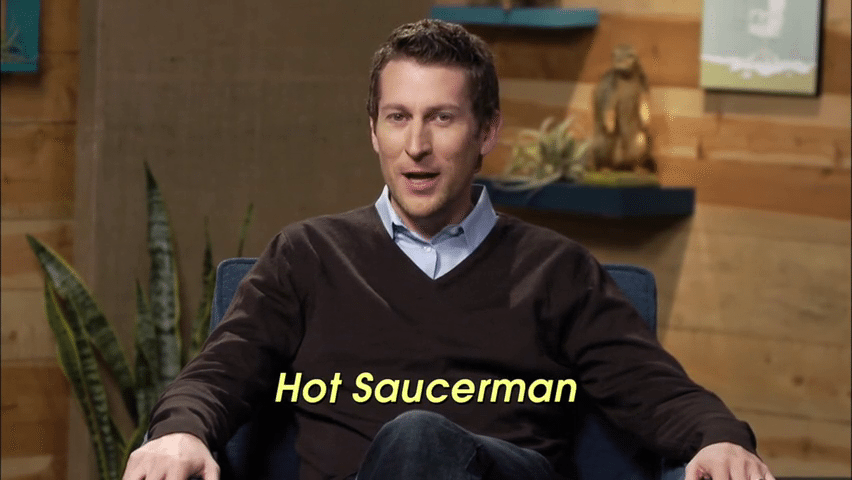 On top of the time constraints, the fact that the television series is scripted takes away from the humor. Fans of the podcast will find that many of the podcast games, like “Riddle Me This” or “Would You Rather” are nowhere to be found on the show. The television series has no spontaneous singing breaks with Ben Schwartz, or classic random catchphrases like “Heynong Man!” or “Foam Corner.” All of the pre-written banter doesn’t feel as funny as the more spontaneous, unpredictable banter you get from improv. What makes the podcast work so well is that it’s funny people bouncing off each other, not them saying funny lines that someone else wrote. Ultimately, the writing hampers the natural comedy of each comedian or character that gets featured.

Additionally, part of what makes the podcast work is that it’s only audio—there are plenty of jokes about the looks or physicality of what happens off-mic, and that element is lost when it’s televised. It’s an amusing lampoon of standard television, but it’s not the kind of humor that makes the podcast work. The podcast, in many ways, had no set format. It featurs Aukerman and the guests chatting for an hour, allowing for whatever spontaneous humor comes up. The series is just too planned out. All of the focus on off-topic bits takes away from the hilarious character work that makes the podcast shine.

The biggest problem with the television series isn’t that it’s unfunny—it’s just too different. All of the content is geared towards television, and while that works to a degree, it doesn’t feel like COMEDY BANG! BANG! It may have the same face as host, but it’s wildly different in most other aspects. The series may not be considered a “failure,” critically or commercially, but considering the superior father project, it’s hard to not think of the show as a flop. This alternate COMEDY BANG! BANG! is amusing, and it has its own market, but it won’t please every podcasting fan, for understandable reasons. 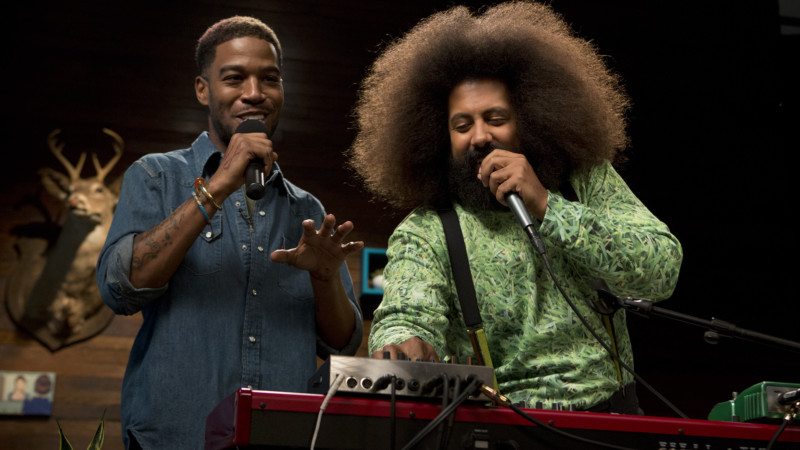 Perhaps the COMEDY BANG! BANG! show should have been branded differently to survive. The name “Comedy Bang! Bang!” was a rebranding of the Comedy Death Ray radio comedy show. If it’s already accepted change in that regard, maybe it should have changed names for the different mediums. There’s no need to replace Aukerman, or make the series even more different than the podcast. However, just by changing the name, the series could revel more in its unique style, without living under the podcast’s shadow.

Both the podcast and television series are good, but they’re two very different products under the same name. It’s unfair to compare the two as twin COMEDY BANG! BANG!’s, so contrasting the two through the name could make it easier to enjoy both. Because at the end of the day, as dissimilar as the two products are, they are both funny in their own rights. So check out both the series and the podcast, and decide for yourself which format you prefer.