The preliminary presidential election results are in and people are taking to the streets. Whether it be on college campuses or in major metropolitan areas, there are protests and riots breaking out all across the nation. Within the last week, I’ve seen both a peaceful demonstration and a peaceful protest within a 15-mile radius of my university. These forms of mobilization are just two among many in the larger picture of social movements.

Social movements are a type of group action, both formal and informal, which focus on particular political or social issues. They carry out, resist, or undo social change. This type of movement has been successful in the arenas of women’s rights, LGBTQ+ rights, and minority equality throughout history. These movements aren’t restricted to domestic politics. In fact, many social movements are transnational or global, such as the Black Lives Matter movement, which has spread across the globe. Social movements are ingrained into our culture, to the point of becoming somewhat of a subculture in and of itself. As effective as these movements are, they can also be seen as destructive rather than constructive. This begs the question: is collective activism still effective?

My short answer is: yes, mobilization of social movements through forms of collective activism is still very much effective. 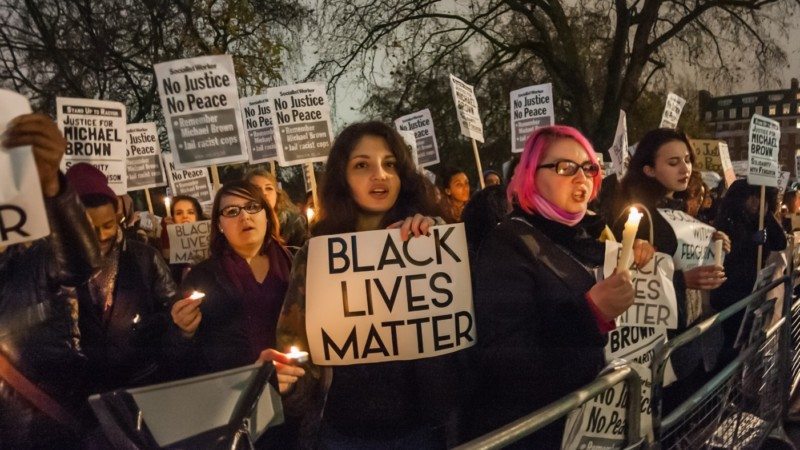 While the most common forms of collective action are protests and riots, collective action takes place in many other forms as well. This includes but is not limited to rallies, marches, vigils, pickets, strikes, sit-ins, boycotts, press conferences, and demonstrations. At the core of every social movement are grievances. In the 1960s, the civil rights movement was founded on the desire for equality among Caucasians and African Americans, socially and politically. Within the last four years, the same-sex marriage movement made strides for the legalization of gay marriage until it was legalized in the Supreme Court. Social movements rely heavily on group efficacy—the belief that group-related problems can be solved through collective action—and political efficacy, the belief that political actions drive the political process. A study on social-psychological expansions of resource management theory (a sociological theory based on the idea of group mobilization towards specific goals) identifies a greater likelihood of movement participation when people believe such participation will allow their grievances to be heard.

READ: Interested in the intersection of racism, sexism, and television? Check out this article!

In addition to group and political efficacy, social movements are dependent upon identity. Identity is the key that drives political action. Sociology argues that a person is more likely to become engaged in protests and other forms of collective activism if they identify strongly with the group or the cause. Group identification shares the burden of fate, emotions, and enhanced efficacy. In terms of emotion, when it comes to protesting and rioting, there’s generally a degree of anger involved. Anger is the metaphorical gasoline that fuels the fire of social change.

Shared emotions as a result of shared identity is, arguably, what makes these movements so powerful and the effects so long-lasting. Without emotions, there’s nothing at stake. Emotions encourage “outsiders” to sympathize with the cause, whether they have a stake in the cause itself. Most recently at Kent State University’s main campus, the students of Black United Students organized a demonstration of sorts in response to the results of the election. Rather than protest against the results,  the students organized a “walk-out” where they walked out of class and formed a circle of unity in the main plaza outside our student center. While BUS is a cultural and political organization dedicated to students who identify as black, there was overwhelming support from other students of color as well as Caucasian students. This statement of unity was both powerful and effective in communicating their message to the greater Kent State community. Not all the students who participated in the demonstration identified with the cause itself, but they were able to empathize with the other students. 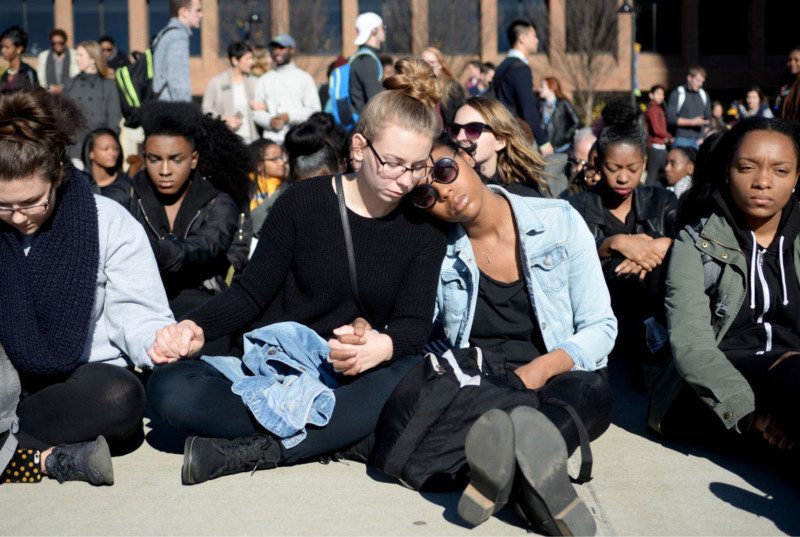 Now, this is not to say that all forms of collective activism are created equal. I’d venture to say that some forms are more effective than others. Protests are, arguably, the most effective tool of collective activism. They’re memorable, thus making them effective. They are the resistance that gets written into history. From the civil rights protests in the 1960s to the protests against the Vietnam war in the 1970s to miners’ strikes and protests in the 1980s, history remembers these movements the most. Protests do not need to be violent to be remembered, though protests cannot always be free from violence. At Kent State, we spend May 4th of every year remembering the four lives that were lost in 1970 as a result of protest-invoked violence. Even now, Kent State remains a strong campus for activism. Peaceful protests are effective in building sympathy for a cause, bringing attention to a cause, and influencing a cultural shift without encouraging law enforcement’s involvement.

As evident by the current struggle between water protectors and law enforcement in Standing Rock, North Dakota, when force is used to disrupt peaceful protests, the media paints protesters as “savages.” This has almost delegitimized their efforts thus far. The foundation of collective activism is group efficacy and sympathy, which is difficult to earn when the media demonizes protesters. For minority populations, like the Sioux Native American tribe in Standing Rock, it is especially difficult to gain sympathy and respect. However, this tension between protesters, media, and law enforcement makes their passion for their cause that much more intense. If they are not faced with resistance, in my opinion, there isn’t much of a fight to be had. In the wise words of Theodore Roosevelt, “Nothing in the world is worth having or worth doing unless it means effort, pain, difficulty”.

A common criticism of protesting is the question of “what comes next.” In many cases, support for the cause fizzles out after the initial protest, which weakens its effectiveness. In other more successful cases, political parties either use these movements to strengthen their platform or use them to build their party. In this presidential election, the Democratic Party used the Black Lives Matter and gay marriage movements to appeal to a specific set of voters. When social movements intertwine with political parties, there’s a likelihood of longer-lasting effects, even if the original causes are often watered down. If nothing else, they gain a significant amount of attention during the campaign cycle that they may not have had otherwise. Involvement in political campaigns is the primary method for social movements to gain “immortality,” so to speak, though a more accurate term would be institutional legitimacy.

I’ve seen the impact of social movements on as small a scale as my college campus and I’ve seen it on a federal scale with the Supreme Court’s decision to legalize gay marriage. The effects of social movements can still be felt centuries later, like Dr. Martin Luther King Jr. and his march on Washington and like Kent State’s Vietnam protest on May 4th, 1970. Hell, the Declaration of Independence is just one long, fancy-sounding list of grievances. Social movements are mobilized through collective action, which is vital to demonstrating the breadth of support for a specific cause and encourage those in power to listen. So long as there are grievances and people who demand they be heard, collective action will continue to be effective.