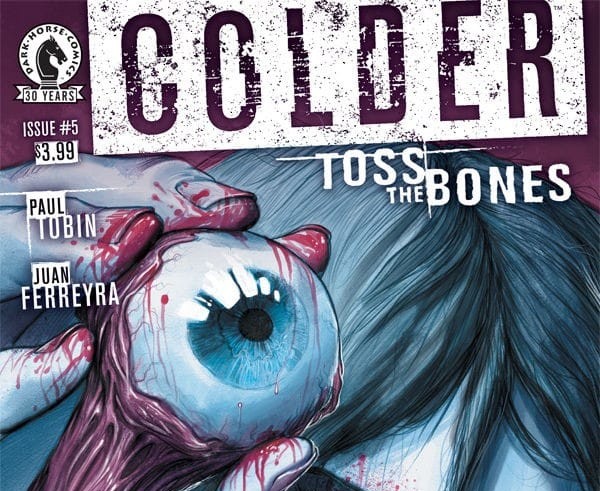 COLDER: TOSS THE BONES, follows a man named Delcan as he tries to pull his life together after the events of the original COLDER series. Having lost his fingers and discovered he may be responsible for killing a lot of people, Declan begins trying to find a sense of normalcy in his life. Along with his girlfriend, Reece, the Declan sets out to determine his real identity. The only problem is that Nimble Jack, a mad man who feeds on the insanity living inside all of us, has returned. After being seemingly killed by Declan in the original COLDER series, Nimble Jack is now determined to kill Declan and feed off of his insanity to finally fulfill his hunger.

READ: To learn more about Paul Tobin and his work, check out our interview with Paul from Special Edition: NYC!

Nimble Jack steals the show. The way that author Paul Tobin presents the character is incredibly disturbing and, at times, uncomfortable. Nimble Jack is able to play on the familiar feeling that someone is watching you. While there are instances of blood and gore that tie into the horror of the story, the eyes-on-the-back-of-your-neck psychological horror is really where COLDER: TOSS THE BONES is at its best. Watching Nimble Jack torment Declan and Reece from the shadows, and sometimes directly in front of their faces, really creates an anxious and uncomfortable atmosphere. 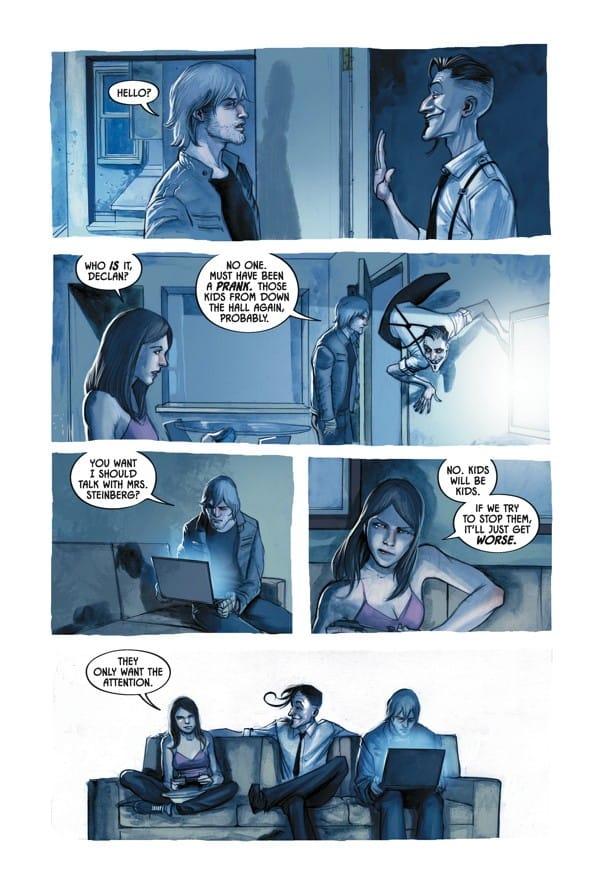 Once he does make himself known to Declan and Reece, he instantly establishes himself as an unstoppable force that cannot be killed by conventional means. His calm demeanor towards murder and mayhem establishes just how psychotic he can be. His feeding on random civilians also helps to establish his brutal nature. Some of the murders are absolutely gruesome. In one particularly memorable scene, Jack places a man’s head in the spokes of a motorcycle and burns out until it explodes. It’s, well, a little bit graphic.

Nimble Jack aside, the rest of the story is fantastic. The interactions between Declan and Reece really show a sense of love and commitment between the two. Their dialogue seems natural, and they interact in a realistic and relatable way. Many times, it seems as if we’re just eavesdropping on the conversation of a random couple. The only difference: This random couple is forced to deal with a madman from another world who wants them dead. 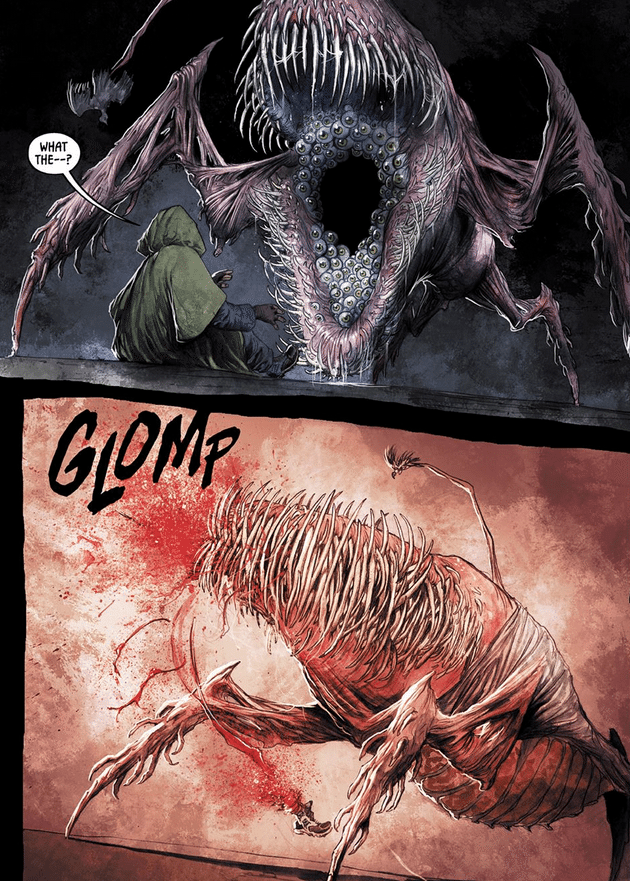 Artist Juan Ferreyra creates an atmosphere for the narrative that is beautifully twisted to look at. The story is split between Boston, where Declan and Reece live, and the Hungry World, the home of Nimble Jack. The way that Nimble Jack moves between worlds is both clever and frightening. In one instance, he actually begins to rip up the bottom corner of the page and uses the hole as a way to travel back to Boston. It is a great use of the medium and does a lot to establish how regular concepts of reality don’t apply to Jack. The creatures in the Hungry World also add another dimension to the horror. Many of the creatures are unique and fit the world wonderfully. Whether it is a creature with hundreds of teeth who is almost all mouth, or giant dog-like creatures with bodies shaped like human hands, they all add to the twisted horror of COLDER: TOSS THE BONES.

There is no part of the art that fails to impress. Each panel adds a perfect mood to match the emotions and ideas that Tobin is trying to present. The color work by Ferreyra is also exquisite. The contrast between Boston and the Hungry World really emerges in the different palettes presented. Boston always has a hazy gray and brown fog over it while the Hungry World is full of dark color, which emphasizes the book’s dual setting. Equally impressive is the dynamic use of color for when Nimble Jack is consuming insanity or when Declan is trying to remove it. This not only looks beautiful, but it’s also a simple way to show an obvious contrast between these two characters. 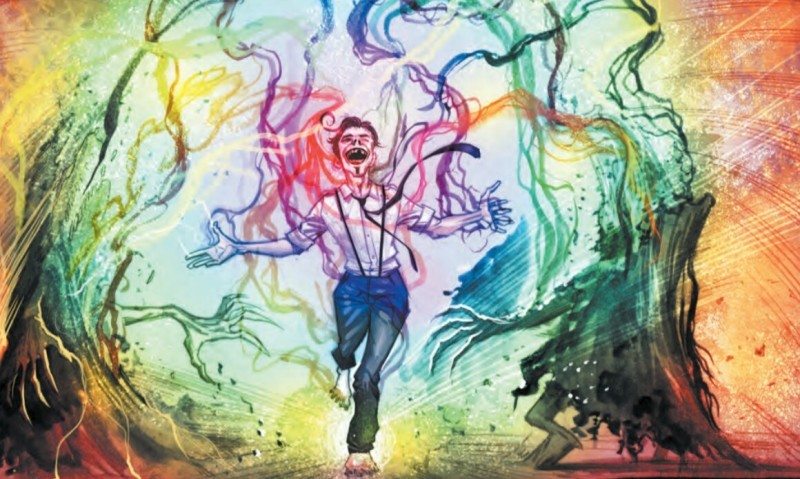 The story does a great job of bringing the tale to a logical conclusion. It also creates a plethora of opportunities for future stories in the COLDER universe. Underneath the fantastic horror elements, COLDER: TOSS THE BONES weaves a great tale of love, loss, and coming to terms with who you are. This is a perfect example of how to make a great horror comic, and it’s one that deserves everyone’s attention.