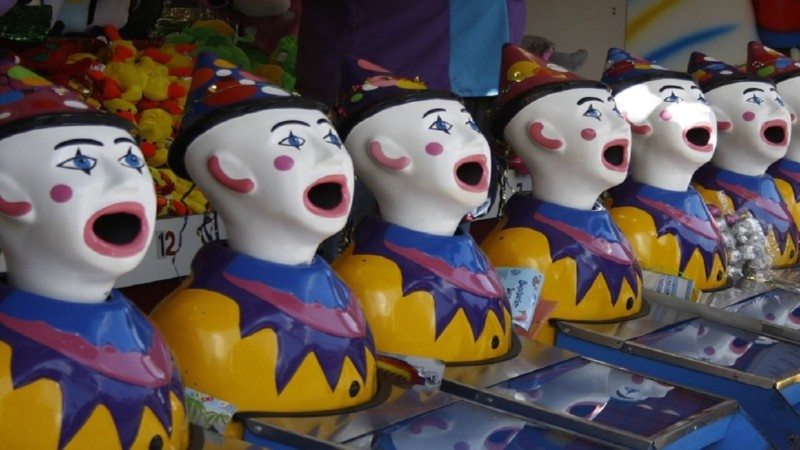 The clown outbreak lately has a lot of people scared, even though this isn’t the first time this nonsense has happened. With word about the clown scare spreading across America, a question has arisen in the lonely corners of my mind: why are so many terrified of clowns?

I personally do not find them unsettling. Awkward, perhaps, but not unsettling. Still, the fear of clowns is quite common. The actual phobia of clowns, coulrophobia, as it is classified in the DSM-IV (Diagnostic and Statistical Manual of Mental Disorders, fourth edition) affects a staggering amount of people. A clown seems innocent enough, even though most kids and adults aren’t going to be apt to laugh at one in this day and age. Still, most people you meet out and about will tell you—whether it is Bozo or the Joker, clowns terrify them.

Why is this? Let’s look at the psychological side of the fear of clowns. 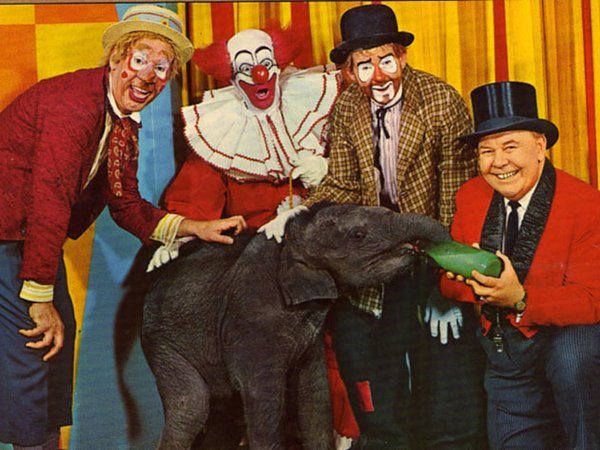 The first issue is that kids seem to loathe clowns in their entirety, afraid or not. A 2008 study done by the University of Sheffield conducted to improve their hospital showed that the hatred for the colorful comedians was nigh universal. Researchers surveyed over 250 children, aged four to sixteen, and found clowns to be “universally disliked” by all ages. Said Penny Curtis, “Some found the clown images to be quite frightening and unknowable.”

Needless to say, many of these kids and kids worldwide in general are not going to be requesting a clown to entertain them in the hospital any time soon.

READ: Want some clown prince in your life? Read our BATMAN BEYOND #1: This Isn’t a ‘Joke’.

Historically speaking, clowns, harlequins, jesters and general entertainers have been around for quite some time. Whether you are looking back at the ancient Egyptian empire, the Roman empire, Medieval England or anywhere else, nearly every culture has had some kind of comedic force who poked fun at rulers, legends, and society. But you don’t really hear of a fear of jesters or comics of the past throughout the majority of history.

At least, not until the time of Joseph Grimaldi. Born in 1778, Grimaldi was the first recorded instance of a clown dressing themselves in white paint and colorful costumes. Before him, most jesters and clowns had only worn some rouge on their cheeks to better resemble a local drunk. Grimaldi took it to a whole new level and proved to be wildly popular in London with a claimed eight percent of the population having seen him perform on stage. 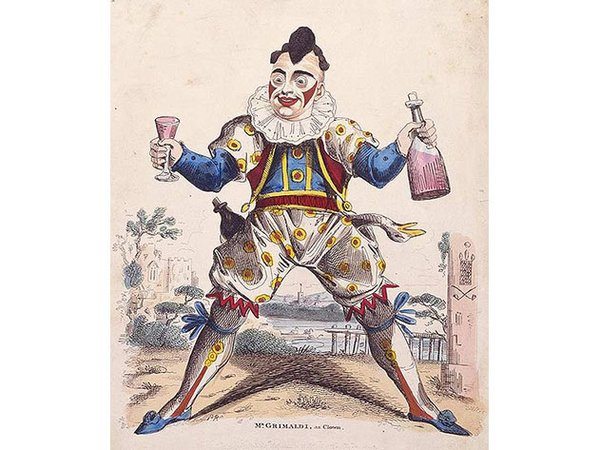 Behind his colorful antics and brilliant slapstick, however, Grimaldi lived a rather hellish life. Raised by a tyrant of a father, plagued with his son dying young due to alcoholism, alcoholism of his own and, worse, the crippling pain caused by the constant slapstick and performances, all came together in a rather nasty way. One joke that Grimaldi liked to tell audiences was, “I am grim all day, but I make you laugh at night,” which shows that the public was more than aware of the misery behind the make-up. After Grimaldi passed, his memoirs were given to a young Charles Dickens to work with. Naturally, what Dickens produced had his signature dark and melancholy spin on it, and painted the picture of a tortured man destroying himself to make people laugh. Suddenly, the world began to wonder about what clowns were hiding behind their smiles and silliness. What dark urges, motivations and desires hid under their goofy personas?

READ: Are you afraid of change? Check out The Fear of Change: Is Change in Comics Good?

Historians and psychologists agree that a large part of what makes people afraid of clowns is the matter of uncertainty, the fact that we are presented with something that has a human shape yet gives us no way of knowing what they are hiding behind their costumes and goofy grins. They take on a new identity entirely from our perspective, and gauging their motivations becomes worrisome. A humanoid figure that is just a little “off” is something of a primitive fear in most humans, which is seen in the fear of zombies or the monsters of Silent Hill, as two basic examples. They are humanoid in many ways, but something is off, and uncertainty can quickly turn to dread, alarm, and fear.

Of course, the case of John Wayne Gacy didn’t help the uncertainty. Between 1972 and 1878, the registered clown murdered 33 young men in the Chicago area and was subsequently executed in 1994 for his crimes. His persona of the “Killer Clown” stirred up an already fearful America that had grown stressed from growing concerns of “stranger danger” and abductions of children.

“You know… clowns can get away with murder,” Gacy told investigating officers before his arrest.

Though he didn’t get away with it, it did grow the image of clowns as a threat to innocent, friendly entertainers. Many other depictions of clowns as psychotic killers, sexual predators, or all out monsters, such as in Stephen King’s IT, have brought the images of clowns to a new age. Though many can argue that a vast majority of clowns are nothing but harmless entertainers who just want to make people laugh, their image has transitioned in the worst of ways as the years have gone by. Kids aren’t laughing anymore, and the depictions across all forms of media have convinced most people that clowns would rather eat your souls than entertain you. 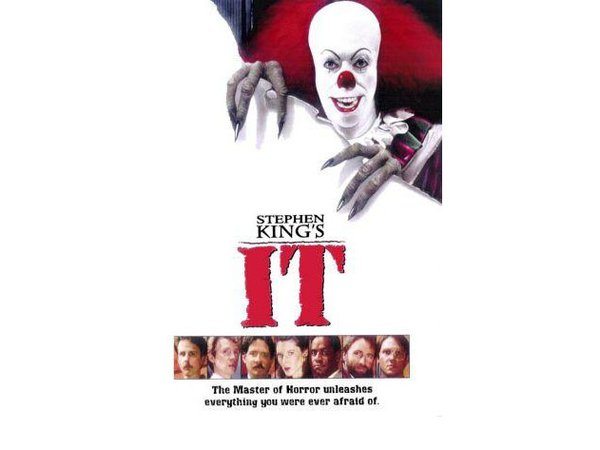 In fact, going back to Stephen King’s IT, many were terrified of Tim Curry’s depiction of the sharp-toothed monster. The titular ‘It’ haunts a group of friends that grew up in Derry, Maine. Though they thought they killed it when they were kids, the disappearance of more kids brings them right back to Derry. Throughout both the series and the novel, the characters believe that the clown only feeds once every thirty years and that the entire town is in on appeasing its hunger. Why does all this matter? Well, ‘It’ is not just a “killer clown”. Though King never outright states what ‘It’ is, readers can surmise that the monster is, in a sense, fear itself. Taking on the forms of a clown, a mummy, a werewolf, a spider and various other forms, ‘It’ represents the fears of not only the main characters, but of the public in general.

Knowing that clowns are so feared at this point that one of the masters of horror made it the main form of his monster helps show that their images have become less than innocent. In fact, clowns have appeared across the media in various forms as terrifying monsters, cannibals and freaks that all wish to feast upon small children. Why does this matter, really? It matters in the sense that the progression of the media and of culture in general tends to warp the images of the past. What once was seen as comical might not come across as offensive or horrifying, as one example. The same can be said for multiple objects that bare that same “humanoid, but off” factor such as dolls.

Another name for this phenomenon is called the uncanny valley aka something that looks human but is off in such a way that makes it appear creepy or disturbing. This can be attributed to dolls, robots, clowns, CGI people in some cases and other cases. The uncanny valley is also arguably present in the extremely popular game series FIVE NIGHTS AT FREDDY’S. The player is typically trapped in a pizzeria or a location where killer animatronics are constantly trying to sneak into the room and end them. The frozen smiles and awkward movement, coupled with their habit of screaming in your face right before you die has made the game series a phenomenon. One might think their rosy cheeks, big eyes and cute attire might make them seem much less threatening, but, like clowns, players cannot gauge the intentions or thoughts behind the masks and that plants it firmly in most people’s minds as one of the scariest game series in existence.

This recent outbreak of people dressing as clowns and trying to creep people out or threaten them certainly isn’t helping matters, either. It would certainly be interesting to dig around in the heads of the people who think it is a good idea to provoke people like that, one cannot argue that many people are justified in their fear. Seeing beneath the make-up and goofy costumes sits an unknown persona that could be thinking anything or planning anything.

READ: More afraid of the sea than clowns? Check out SUBNAUTICA and Thalassophobia: The Terror of Open Waters.

As humans, we often fear the unknown or unfamiliar, and clowns are always going to look a little “off” to everyone. Whether you are afraid of them or not it is perfectly understandable. Just remember—you can always kill it with fire.