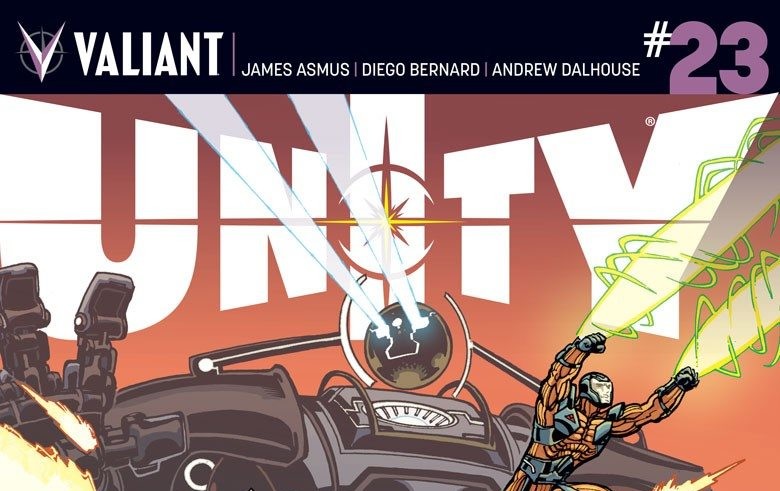 It’s an exciting week for Valiant as Ninjak faces a difficult battle, X-O Manowar is caught between two sides eager to go to war, and Unity’s past comes back to haunt them. Another great batch of comics, firmly in the middle of their latest arcs, that highlight the many different genres and conflicts that can arise from such a vibrant universe, which only looks like it’s going to expand! 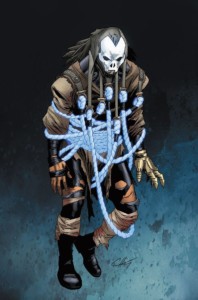 At NYCC, Valiant announced A&A, a new Archer & Armstrong series by from Rafer Roberts and David LaFuente, as well as a bold new design for Shadowman’s appearance in the next NINJAK arc. It’s a great design, first of all, and I’m always excited to see Ninjak out of his comfort zone, as it’s often where Kindt’s writing really shines. Speaking of Ninjak, it’s this week’s first review!

CHECK OUT Danny’s review of Vertigo’s new THE TWILIGHT CHILDREN! 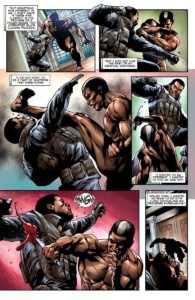 Things get introspective this week, as Ninjak’s confrontation with Fitzy plays out in a much different manner than I’d expected. That’s a good thing, actually; one of the most interesting parts of this arc has been the significantly different altercations between Ninjak and the Shadow Seven.

The issue begins with (and is mostly comprised of) Fitzy’s backstory. He, like the other Shadow Seven, was taught at the same monastery where Ninjak honed his considerable skills. However, Fitzy is also a cloned super-soldier of sorts, having escaped and developed his skills even further. Unfortunately we don’t get to see his fight with Ninjak, rather just the aftermath as Fitzy tells his story. It’s an effective way to conserve page space, and it introduces an already-beleaguered Ninjak and Fitzy, but it left me wanting so much more! Luckily Fitzy’s origin was packed with stimulating action and a unique origin story for Fitzy. 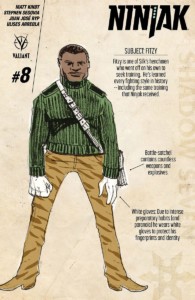 Fitzy’s background is the most interesting of the Shadow Seven thus far, and I hope that we will see him in future issues of the story. Of particular note is his similar goals in taking down Weaponeer from the inside: he and Ninjak are only enemies by method, rather than purpose. He reminds me of Multiple Man in a way; the combined experiences and intelligence of all of his previous clones are present in Fitzy, giving him incredible knowledge and power. The way Kindt handled this was really interesting as well: rather than using his considerable talents as they were, he developed a thirst for more. This led him to the monastery to train (with Ninjak apparently, according to the backup. Though this isn’t really touched on in the story…) and into Weaponeer. Ninjak and Fitzy have a similar dichotomy to Nightwing and Red Hood, as Fitzy is willing to destroy Weaponeer at all costs. Obviously Ninjak isn’t interested in this idea, specifically because he has to keep the Shadow Seven alive to prevent nuclear war (as one of them is implanted with a dead man’s switch on their stolen nuke). Fitzy’s arc seems to be pushed aside at the end of this issue, which is too bad; I’d like to see more of this moral quandary.

As always, Stephen Segovia’s art is great. He has moved from backups to the main event, and he has implanted a lot of dark inks and vibrant landscapes into Fitzy’s backstory. Meanwhile, Juan Jose Ryp’s art on the backup is as detailed as his work always is, and all the better for it. The crux of the story involves a fight that is brutal and visceral, with blood and broken bones everywhere. Overall, another solid piece of the Shadow Wars arc and an exciting piece of Ninjak’s story. 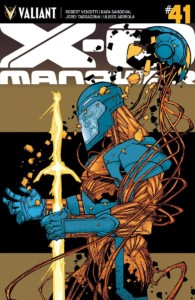 Aric’s peacekeeping between the displaced Vine refugees and GATE (Earth’s premiere peacekeeping team) takes the spotlight in this issue. The conversation has been tenuous (naturally) due to the Earth’s distrust of the Vine (and aliens in general). They did destroy a big chunk of Los Angeles, after all. In any case, Aric’s work is very serious, and of course things don’t go very well. 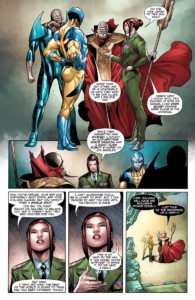 I like the political storyline that has developed in these last few issues of X-O. As Valiant is prone to do, this shows a different side of superheroism. If you consider X-O Manowar a superhero that is. Aric’s peacekeeping talks between the priest, leader of the Vine and Colonel Capshaw occupy much of the book, though they are supplemented by an undercover, renegade Vine member of Capshaw’s team. Under the command of renegade Vine General Trill, he has been sent to disrupt the peace talks by whatever means necessary. Venditti is great at crafting these tense storylines, and the explosive events towards the end of the issue left me very excited for next month’s finale and whatever the future holds for X-O. 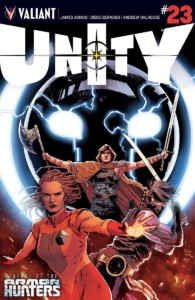 I was quite excited for this issue; James Asmus’s QUANTUM & WOODY is one of my favorite Valiant comics, and I was eager to see how he handled UNITY. The result is pretty good! It’s not as funny as QUANTUM & WOODY, but I didn’t really expect it to be. That’s fine, because Asmus as always has a good grasp on characters and specific voices.

This arc, the final arc of UNITY, features the return of the Armor Hunters, which is fitting for the comic. Asmus set up a lot of plotlines in this issue, and I hope that next month’s conclusion will be able to tie them up in just an issue. As the members of Unity squabble with one another, the remnants of the Armor Hunters from 2014’s crossover with BLOODSHOT and HARBINGER are seemingly rising in order to take out Unity – including the presumed turned robot GIN-GR. X-O, separated from the rest of Unity, is attacked by the Hunters while Ninjak, Livewire, and the Eternal Warrior are trapped inside GIN-GR as she jets towards the Unity base as a missile.

READ: Check out our coverage of Marvel’s upcoming plans from NYCC ’15! 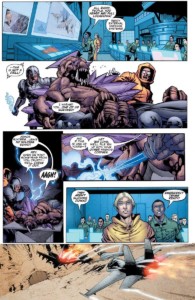 Asmus effectively set up the stakes in this issue, combining a tense plot with good characterizaiton and banter. Unfortunately we know that the there are no real lasting ramifications (such is the way of comics) as this takes place prior to BOOK OF DEATH. However, this seems to work quite well as a last hurrah for the team and the title. 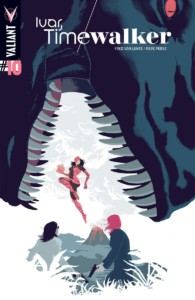 RAI #11 continues Rai’s journey through a destroyed, futuristic Earth! Might we see the Eternal Warrior? Hopefully we’ll get some more insight as to how the disaster happened in BOOK OF DEATH: THE FALL OF X-O MANOWAR #1. If the other BOOK OF DEATH titles are any indication, this should be great! Finally, IVAR, TIMEWALKER #10 brings the future Dr. Sethi and the past Ivar together! Confusing? Well, it should be, it’s a time travel comic! If this issue has anything like the clown vikings of last month’s issue, it should be great! See you then!

AND MORE from me, Alex, the writer!