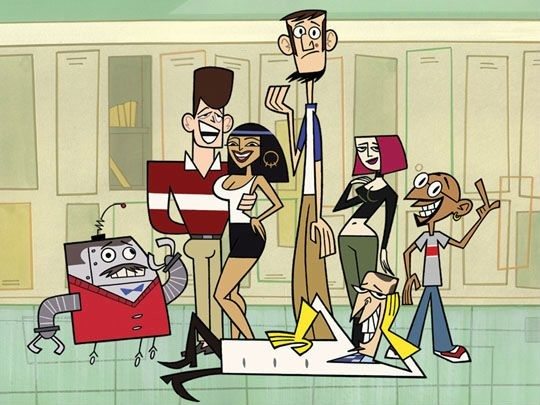 This article is part of ComicVerse’s Back2Skool series! Check the rest of the articles out here!

In this age of the remake and brand recognition, one of the film genres that seems to be suffering the most is the original comedy. The mid-2000’s saw the rise of the Apatow/McKay comedy with films like ANCHORMAN, SUPERBAD, THE 40-YEAR-OLD VIRGIN, and KNOCKED UP establishing a new, off-kilter voice for the cinematic comedy. In the ten years since then, the R-rated comedy well has dried up to some extent. The next generation of comedic filmmakers will be led by Phil Lord and Chris Miller, who have become the most deceptively clever voices in comedy.

In many ways, this comedy duo are the masters of making bad ideas great. A 21 JUMP STREET movie? They made it work and fully acknowledged what a creatively bankrupt idea it seemed like in the first place (As Nick Offerman’s character says in 21 JUMP STREET: “We’re reviving a canceled undercover police program from the ’80s and revamping it for modern times. You see the guys in charge of this stuff lack creativity and are completely out of ideas, so all they do now is recycle shit from the past and expect us all not to notice.”). A movie based on Legos? They end up making one of the smartest commentaries on story structure and mythology AND a film that doesn’t even have to be rated R to still be incredibly funny and adult in its exploration of ideas. A sequel to 21 JUMP STREET? That ends up being one of the best comedy sequels ever by being about disappointing comedy sequels. What has made this pair so successful in creating a comedy for such a self-aware age is their ability to seamlessly integrate meta into text. By making films that are, ostensibly, about films and genre conventions, they connect to an audience that has become tired of the endless repetition of tropes. It would be easy to assume that Lord and Miller’s success seems to come naturally, but their comedic DNA can be traced back to their great, albeit short-lived, animated series CLONE HIGH.

CLICK: Life is a battle. Check out our Back2Skool look at BATTLE ROYALE

Airing from 2002-2003 on MTV, CLONE HIGH was centered around a high school in Exclamation, U.S.A. that skewered the genre conventions of the typical teen dramas of that time. Oh, and the entire cast was made up of teenage clone versions of various historical figures who were created by a shadowy government organization. CLONE HIGH was perhaps a bit too weird for its audiences at the time (for context, the experimental comedy giant Adult Swim was only about two years old when CLONE HIGH left the airwaves), but its importance in the formation of Lord and Miller as comedy voices cannot be understated.  Their mastery of satire and meta-commentary all evolved from spoofing teen high school dramas in CLONE HIGH. 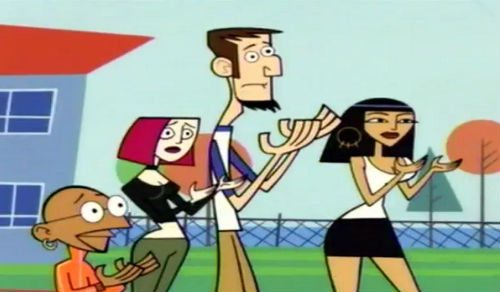 The teen drama is one that is almost low hanging fruit for parody. The strife of suburban upper/middle-class kids is usually so melodramatic that it’s hard not to find humor in the concept right off the bat. From that perspective, Lord and Miller certainly didn’t have to work hard to create a series that would tear down the existing conventions of the genre.

Where the spoof becomes interesting is how they graft the historical figures onto the archetypes of the teen drama. Abe Lincoln is our series protagonist. He’s the hapless, unpopular dreamer with a heart of gold. His relentless optimism isn’t far removed from the president. Rather than forming a perfect union, this version of Lincoln is far more interested in professing his love to the clone of Egyptian queen Cleopatra. Lincoln’s reputation as the honest, martyr-like leader during America’s Civil War makes him the ideal lovable protagonist for a teen drama.

John F. Kennedy and Cleopatra are, unsurprisingly, the popular kids. JFK is the hypermasculine jock, playing up both his natural charisma and his womanizing reputation. Cleo, as she is called in the series, is the mean girl princess, drawn with ridiculous proportions like a hieroglyph. The choice of historical figures isn’t accidental, and the marriage of history and modern archetype gave Lord and Miller the opportunity to create jokes that could wink at real events while satirizing teen dramas.

Probably the two biggest diversions from the real world are Gandhi as the class clown party animal (ironically, for all the jokes about both the Kennedy and Lincoln assassination, it was this characterization that led to the show getting canceled) and Joan of Arc as the moody goth. Their drastic inversions from reality underscore the significant changes we undergo from adolescence to adulthood. That moment when we look back at our high school yearbooks and cringe at how goofy we looked or acted is perfectly captured in their portrayal of Gandhi and Joan of Arc. This also displays how CLONE HIGH unlocked the beginnings of Lord and Miller’s brand of bizarre yet insightful satire. 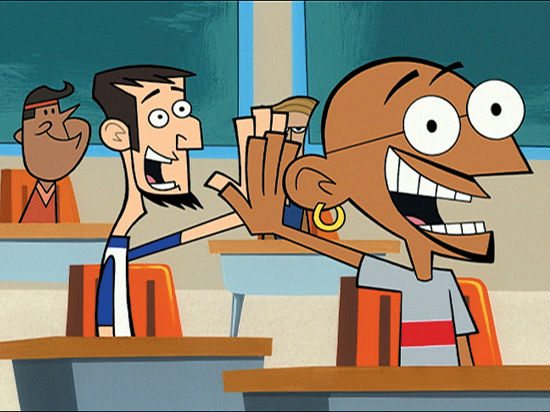 “There’s no rule that says a giraffe can’t play football.”

When looking at CLONE HIGH, it becomes evident that Lord and Miller would use their parodies of the “Very Special Episode” conceit (literally every episode of the show is referred to as a “Very Special Episode” by the show’s recap announcer). This Trojan Horse satire was used to explore deeper thematic ideas in surprising ways that the duo would implement in their film work.

The episode “A.D.D.: The Last D is for Disorder” starts out as a take on the “very special episodes” that attempt to tackle the disease or psychological condition that seems to be taking up the most headlines. In CLONE HIGH, it’s revealed that Gandhi has A.D.D. and it’s treated with the type of hysteria and misinformation that overwrought network dramas tend to use in those episodes (“YOU GET IT FROM TOILET SEATS!” Paul Revere’s clone exclaims).

CLICK: What better way to cram for a test than with comics? Check out our list of great graphic novel adaptations!

However, the episode says more through hyperbole about the way people with neurological are treated than if the episode were played straight. The people of Exclamation, U.S.A. act like Gandhi is an uncontrollable monster rather than a goofball. Though it’s exaggerated, the similarities between a condition like depression are obvious: people cannot understand it, and therefore a person with the condition is shunned or treated like fragile glass. The kicker comes from the end when Abe, in an attempt to show that Gandhi isn’t someone to be feared, kisses him in the middle of the crowded state fair. Rather than seeing the error of their ways, they decide they are more homophobic than afraid of A.D.D. (“Hey! Let’s all accept Ghandi and shun Abe instead!”, the clone of Paul Revere, again, exclaims). Lord and Miller’s show was always irreverent, but it had heart. That heart shines through all of the clever writing and satire in all of their work to this day.

As stated earlier, the idea of many Lord and Miller collaborations seem terrible but ended up becoming hugely successful. Sure, the films are uproariously funny, but, just like CLONE HIGH, they contain shockingly clever insights into our culture as well. 21 JUMP STREET is a parody of cop films, but it’s also an exploration of the social structures in American high schools, the sequel is a parody of sequels (including its own existence), and THE LEGO MOVIE is a goofy kids film overstuffed with gags, but it’s also a critique on whether or not there is a “right” way to create art (follow “the instructions” or do your own thing) that emphasizes the creative power of the actual Lego product. Although they are wrapped in a goofy package, Lord and Miller have consistently, from CLONE HIGH to now, broken the mold of comedy to match the absurd with the astute. The exterior comedy chocolate hides a rich keen caramel middle. 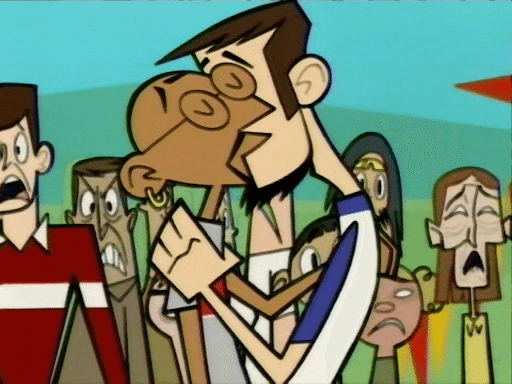 Appropriately enough, this lesson has been openly expressed by Lord and Miller’s THE LEGO MOVIE. As that film says, following the instructions is not always the best way to express yourself. CLONE HIGH is the place where Lord and Miller first taught us that lesson; it shows that the best way to create something original is to first deconstruct everything that came before.