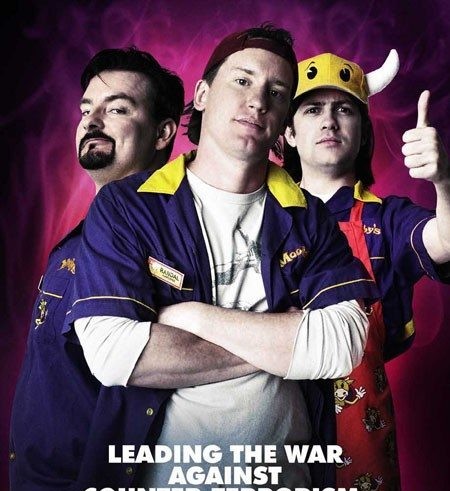 Nostalgia, specifically for the 1990s, is having a major moment in the American zeitgeist right now. Buzzfeed listicles about NickToons proliferate Facebook, one of the biggest movies of 2015 was JURASSIC WORLD, Netflix had a massive hit with FULLER HOUSE, and one can’t walk outside their door without encountering people of all ages playing Pokemon Go!. These would-be Ash Ketchums are walking miles, trespassing on public property, and even getting shot, all to try to capture their fourteenth Pidgey of the day.

READ: POKEMON GO! is an outgrowth of the strategy Nintendo has been using since 1996.

This nostalgia for the ’90s isn’t a completely new phenomenon, however. In 2006, director Kevin Smith delivered one of its first doses with CLERKS II, the sequel to his cult 1994 debut. The film catches up with the original film’s twenty-something ’90s slackers as thirty-year-olds dealing with the then-modern world of 2006. As the film’s tenth anniversary passed last month, I was surprised to find myself nostalgic for a film that was itself nostalgic for an earlier time.

For those unfamiliar with the film, it finds Dante Hicks (Brian O’Halloran) and Randal Graves (Jeff Anderson) taking a job at a fast food restaurant after the Quick Stop convenience store featured in the first film burns down. Much to Randal’s dismay, Dante is planning to move to Florida with his fiancé to “start his adult life.” The tension between the two builds throughout the film, eventually leading to a cathartic moment where the two each accept adulthood on their own terms. Smith peppers the film with references to both the first film (in structure and tone) and ’90s culture and music. At one point Randal laments out loud how he misses those times. At the same time, however, CLERKS II is very rooted in the mid-’00s, with references to LORD OF THE RINGS and Internet message boards abounding. 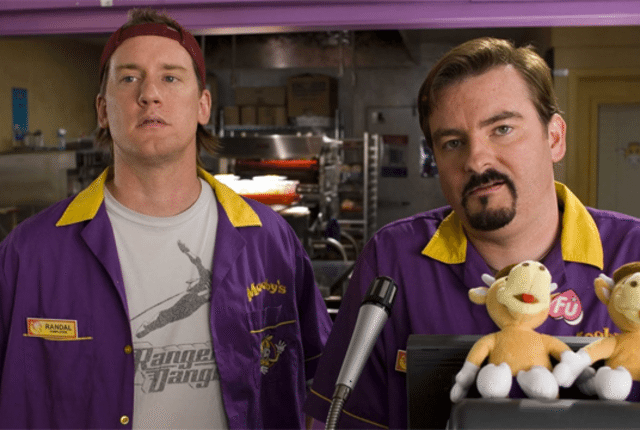 Being a huge Kevin Smith fan, I eagerly anticipated CLERKS II for months and saw it on opening day. At the time, the film was a revelation to me because of how closely it related to my life. I was an eighteen-year-old kid who’d just graduated high school and was preparing to go away to college in the fall, which made Dante’s character arc really resonate with me. I, too, found myself wondering whether I was doing the right thing or just what society told me was the right thing. On a lighter level, I also appreciated the film’s ’90s-centric humor, as I myself had a misanthropic view of 2006 pop culture. For example, I vividly remember clapping after Randal’s monologue on why the STAR WARS trilogy would always be superior to LOTR.

In recent years, the way I relate to CLERKS II has changed drastically. As I watched the movie last month to celebrate the tenth anniversary of its release, it finally crystallized in mind why that is. Instead of relating to Dante as I initially did, I now find myself relating exclusively to Randal. As I’ve reached the cusp of thirty, I find myself feeling like the world has passed me buy. As I watch friends slip away into their adult lives, I often miss the days of being younger and going out until all hours of the night. The scene that really hit home for me occurs about halfway through the film when Lance Dowds (Jason Lee) arrives. The ex-high school classmate of the lead duo is now a multi-millionaire, and he comes into the restaurant to passive-aggressively mock Randal for still “being thirty and flipping burgers.” While I’m not working in a fast food restaurant, I have dealt many times with former high school classmates who are much more successful while I’m still trying to carve out my niche in the world. 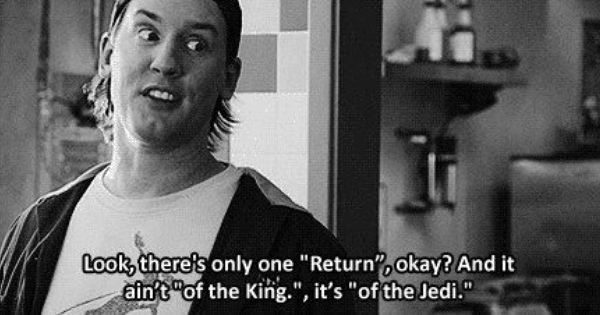 READ: Big film fan? Check out our review of STAR TREK BEYOND!

Even the film’s nostalgia has evolved over the past decade. The 2006 cultural touchstones I found so vacuous at the time (which are in the film mainly to set up ’90s references) now make me a bit nostalgic for 2006. The concept of a pre-social media message board flame war alone feels so quaint and innocent that it fills me with warmth.

In the decade that’s passed since CLERKS II was released, the way the film reads has changed. The long-gone ’90s that the film looked back on have become cool, while the then current mid-’00s pop culture has become something to look back on nostalgically in its own right. Mirroring this, the way I read the film has changed as well. Instead of relating to the character who’s about to embark on a new life journey, I’m now the one who feels my best days might be behind me.

B-Sides Of The Week: