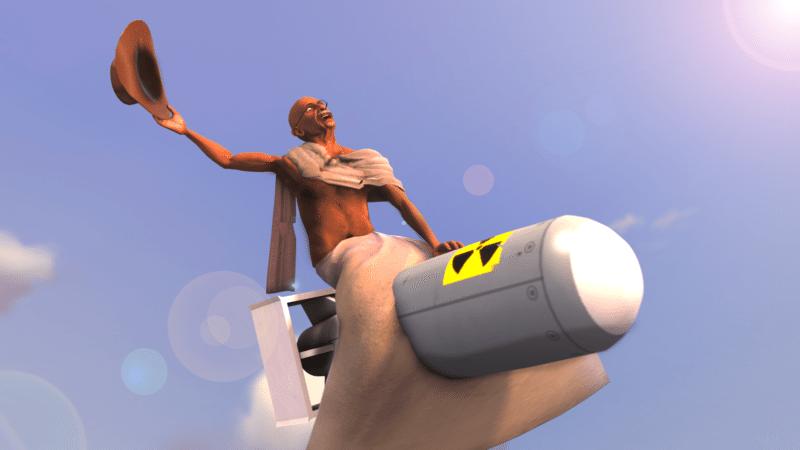 I played my first game of CIVILIZATIONS as Egypt. My mouth watered when I thought about building The Great Wall of Egypt around Cairo’s Machu Picchu. I did exactly that. I was respected and feared by Dido of Carthage and Germany’s Bismark. I proudly advanced into the Renaissance Era, expecting to steamroll the three unknown civilizations I had yet to meet. I sent my newly constructed fleet of Caravels exploring across the ocean.

I wasn’t expecting to meet Attila the Hun.

When my ships reached the shores of the largest continent in the world, they were greeted by the ear-splitting shout of Attila. The coast of the continent was littered with his cities. On a far peninsula, I found one lone stronghold of the Roman Empire, barely scraping by in the tundra wastes. I exchanged embassies with the great leader. Four turns later, he declared war against me.

20 turns later, his artillery had blown through The Great Wall of Cairo. Cairo, the holy city of Protestantism, fell to the Huns. I started as the Huns next game.

An Introduction to Sid Meier’s CIVILIZATIONS

CIVILIZATIONS is a game that promotes awareness of history, of both ancient and modern empires. I can honestly say that I’ve learned more about world history from a video game than I ever did in my AP World History class in high school. Sid Meier’s game series accomplishes something that public schools have spectacularly failed at for the past century: Making learning fun.

Playing CIVILIZATIONS, it never feels like historical facts are being forced upon you. After playing against Gandhi of India for 6 hours, players slowly pick up on the peaceful history of the leader and his religious movement. We learn enough about the peace-loving leader to laugh at the irony of him raining down nuclear Armageddon on the civilized world. We appreciate the humor in watching George Washington cowering in fear before the Great Iroquois Empire and their stealth bombers.

The Dawn of CIVILIZATIONS

For the uninitiated, Sid Meier’s CIVILIZATIONS is a video game series over a decade old. It is a strategic turn-based game that revolves around building up a civilization from ancient times to the modern era, with the goal of becoming the greatest civilization in history. The game offers a variety of ways to achieve this goal through diplomacy, cultural influence, or good old-fashioned world domination. You may choose to play as, or against, a variety of empires from throughout history, each with their own unique attributes and styles.

READ: Is Modern Media Trying too Hard to be Diverse — and Missing the Point Entirely?

A game of CIVILIZATIONS starts with a loading screen, and a somber, dramatic voice narrating a brief history of your chosen leader and civilization. A written text of the narration is displayed on the screen, along with your chosen civilization’s unique abilities, structures, and units. Clicking on any of these structures brings you to a screen displaying a detailed history of the structure or unit, documented in the Civilopedia, a massive encyclopedia of world history contained in the game.

Whenever significant events occur in CIVILIZATIONS, they are accompanied by snippets of history. The construction of a world wonder is heralded by an appropriate famous quote. The creation of a great work of art, writing, or music is presented with a snippet of the great work. Art comes with an image of the real life piece. Writing comes with a famous quote from the literature. Music comes with a few seconds audio from the composition. 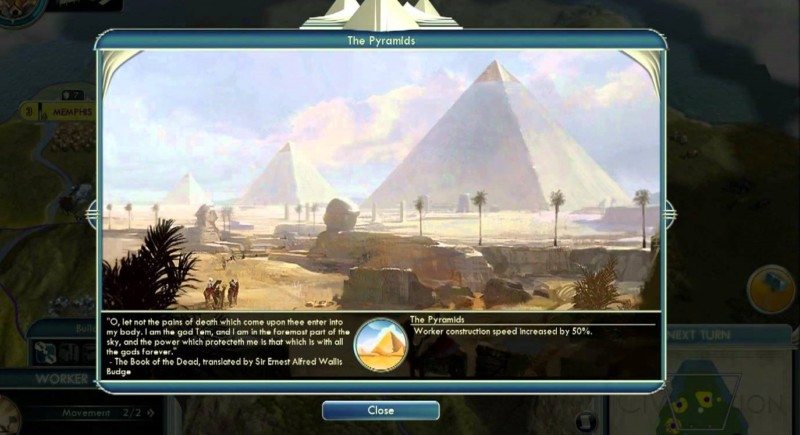 What Civ Gets Right — And What Everyone Else Gets Wrong

Firaxis, the developer of CIVILIZATIONS, gets the equation right by developing the game in the right order. They make the game fun first and then incorporate the learning. Players get lost in the game, and I really do mean lost. The first time I played CIV V, I was totally immersed. “One more turn,” became my mental motto, as I finished that next wonder, then became embroiled in a border war. I remember looking at the clock and being absolutely stunned to find it was 4 a.m. I had started playing at 9 p.m.

So what makes a good educational game? Where is that fine line of balance between teaching and fun?

The short answer is that there shouldn’t need to be a line at all. Schooling has become so focused on taking learning seriously that we have become conditioned into thinking that learning simply isn’t fun. We’ve forgotten how wonderful the world was when we were children, and how much fun it was to learn new things. A truly good educational video game recaptures that feeling, and learning becomes an adventure, not a chore.

A remarkable chapter in Sid Meier’s game series was CIVILIZATIONS IV. The game is highly praised for its intricately complex diplomacy system. Players were able to negotiate with their AI competitors using a wide array of conversation options that were influenced by the state of the world and its empires. Military strength, economics, global relations, ideologies, and religions all played a part in communication and could be manipulated to the player’s benefit — or their disservice. The factors that influence the game have a significant parallel to the real world and are essentially watered down versions of factors that influence real geopolitics. CIVILIZATIONS IV provided a fantastic gateway into understanding the complexities of international relations.

CIVILIZATIONS isn’t the only example of a popular mainstream educational game. The KERBAL SPACE PROGRAM gained recent notoriety for some of the hilarious ways that players have successfully achieved space flight. Gimmicks of game physics aside, the game provides a fun introduction to rocket physics, of all things. Take a moment to consider the significance of that. Video games are teaching young kids and adults about rocket physics.

Another example can be found in the wildly popular game PORTAL. PORTAL’s unique puzzles teach players about momentum, velocity, and acceleration with a mind-bending twist.  I have never encountered a game more effective at developing outside-the-box thinking and problem solving. The game introduces a unique tool for solving problems and forces the player to re-orient the way that they look at the world around them. “Think with portals” is a slogan of PORTAL, and is fitting for the way the game pushes players to adapt their thought process to solve complex puzzles.

Kids and video games are inextricable. Games are the hottest form of modern entertainment, bigger than trading cards or sports ever were. Luckily, some game developers have shown a parental awareness of the role that video games are taking in children’s lives and development. Developers have begun incorporating education into their products, displaying a heartwarming sense of responsibility for the upbringing of their players. Video games today integrate concepts about everything from chemistry to economics. Critical thinking is a staple of being a competent gamer. Some games even make the effort to teach kids about right and wrong.

The recent release of DISHONORED 2 is a good opportunity to look back at DISHONORED, and the consequences of your actions in that game. Throughout the progress of the game, your choices and the methods you employ to accomplish your goals subtly affect the game’s characters and world. Employing violence and murder leaves corpses around the city, which feed the city’s rat infestation. If you continue to kill, the late-game city is filled with swarms of ravenous rodents that attack and kill on sight. Game characters begin to treat you with wariness, distrust, and outright disgust. DISHONORED makes the player very aware of cause and effect, bringing the player to carefully consider their choices and their outcomes.

Video games are an integral part of the future generations’ upbringing. Incorporating them into education is a vital step towards modernizing education for the future. It’s also a progressive step towards making school not suck for kids. Some game developers have already taken the initiative, and hopefully, we will begin to see a more concerted effort on the part of the education system to work together with game developers.  A smooth merging of education and high-quality games is just the revitalization that modern education needs to bring the adventure back into learning. With the recent advent of virtual reality, this dream may very well become a reality soon.