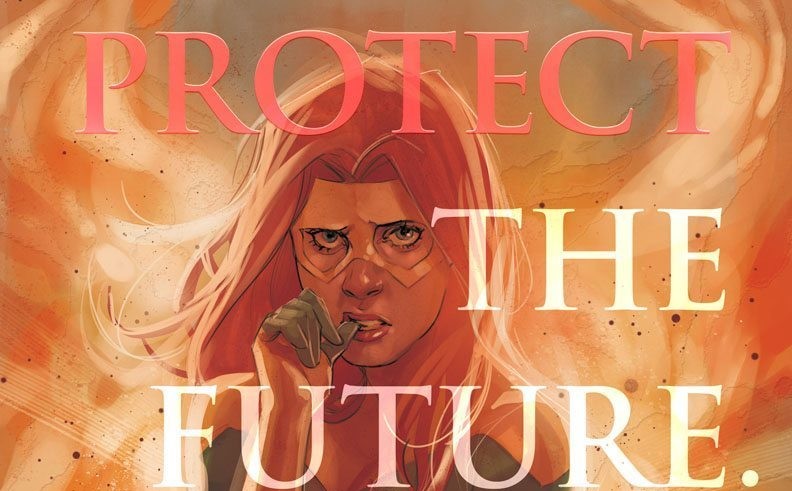 The first issue of the official X-MEN tie-in to Marvel’s latest CIVIL WAR feels more urgent, more emotional, and more like a Civil War than any other Marvel comic book right now. Andrea Broccardo’s artwork may be lackluster, but the ideas and story that writer Cullen Bunn presents are more than enough to make it an engaging and thought-provoking read.

LISTEN: to our latest podcast, where we debated classic X-MEN issues!

There are only slight ties to the Civil War between Iron Man & Captain Marvel for the majority of this book. However, the major conflict between the two does instigate an argument later in the issue. When the comic begins, Magneto’s team of mutants is under attack by sentinels, who threaten their safety by exposing them to the lethal cloud of terrigen mist. Thanks to a peek into the future by their fellow Inhumans, Storm’s team of X-Men show up to save the day. However, the two teams disagree about the Inhumans. Magneto thinks they should be held responsible for the terrigen mist since they seem to not care that it kills mutants. Storm and her team, while struggling to find a response, try to find a reason to protect them. 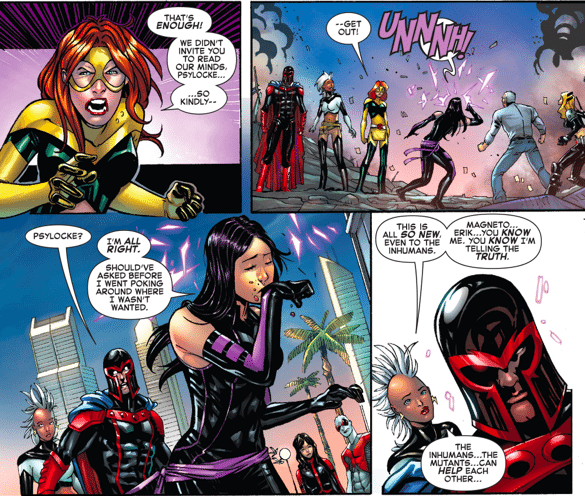 Cullen Bunn presents readers with an extremely engaging ethical debate. In short, he provides the mutants with a great and engrossing “Civil War.” Is Magneto justified in wanting to hold the Inhumans accountable since it seems like they approve of the existence of the mist? Or should there be a compromise found, like Storm’s team desires? It is a great premise for a dispute between the two teams, and as more mutants pick a side, it’s a safe bet that lines will soon be crossed. As a reader, it is difficult to take a side. Both teams have beloved characters and compelling arguments, but it is as it usually is with these mutants, it’s not so black and white.

The rest of the issue plays out quite nicely. There is a thrilling action sequence in which all mutants involved must fend off not only the mist, but a sinister troupe of Sentinels. This issue gives the spotlight to several characters. Notably, Jean Grey and Psylocke are contrasted as the resident telepath of each team, and it is fun to see them combat each other. Additionally, Psylocke and Nightcrawler share a sweet moment, the likes of which will hopefully be seen again soon. Its an all-star line-up for an X-Men book, and if there is a war brewing, it will be a big one. 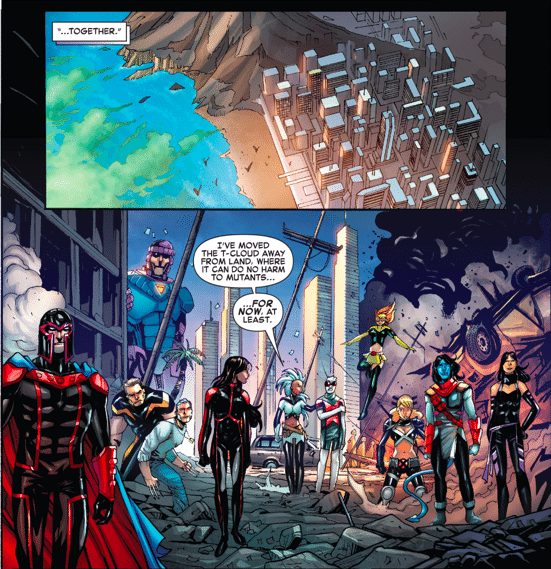 The artwork from Andrea Broccardo, sadly, isn’t up to par with the story. Characters look overly shiny and distracting. The muscle tone is often comically over-exaggerated and faces seem to be disproportionate. The colors from Jesus Aburtov do a fine job, but its hard to shine when the pencils cast such a dark shadow–and there are tons of characters in this book. Sadly, the only one that looks like himself is Magneto thanks to a helmet that covers his face.

READ our review of the latest X-Movie, X-MEN APOCALYPSE!

It is possible that this is a more engrossing conflict than the flagship CIVIL WAR book. Beloved characters have a solid foundation for their argument, and there seems to be more to it than a fist fight. Hopefully, the storytelling stays on par because, with some better panels, it could turn into a fantastic tie-in comic.