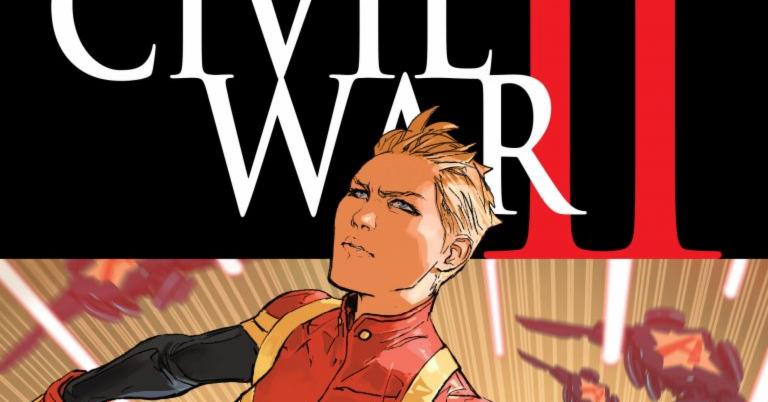 The CIVIL WAR II storyline has been pretty rocky so far, its moral and philosophical discussion never really setting up the high stakes that it promised us. Well, fourth time’s the charm I suppose, as CIVIL WAR II #4 not only is an engaging issue but also finally sets the stage for the actual Civil War part of the conflict.

Addressing the debate around security vs. profiling individuals, this issue not only adds depth to Tony Stark’s position regarding Ulysses’ powers but also draws parallels to our own current political climate. This is what I wanted to see out of a CIVIL WAR storyline, and while I would have preferred it hadn’t taken this long for them to get here, better late than never. It’s definitely as dialogue-heavy as its predecessors, but where the previous two issues dragged on the conflict, CIVIL WAR II #4 manages to flesh out our character’s motivations in a satisfying manner. Or at least it does for Tony Stark. 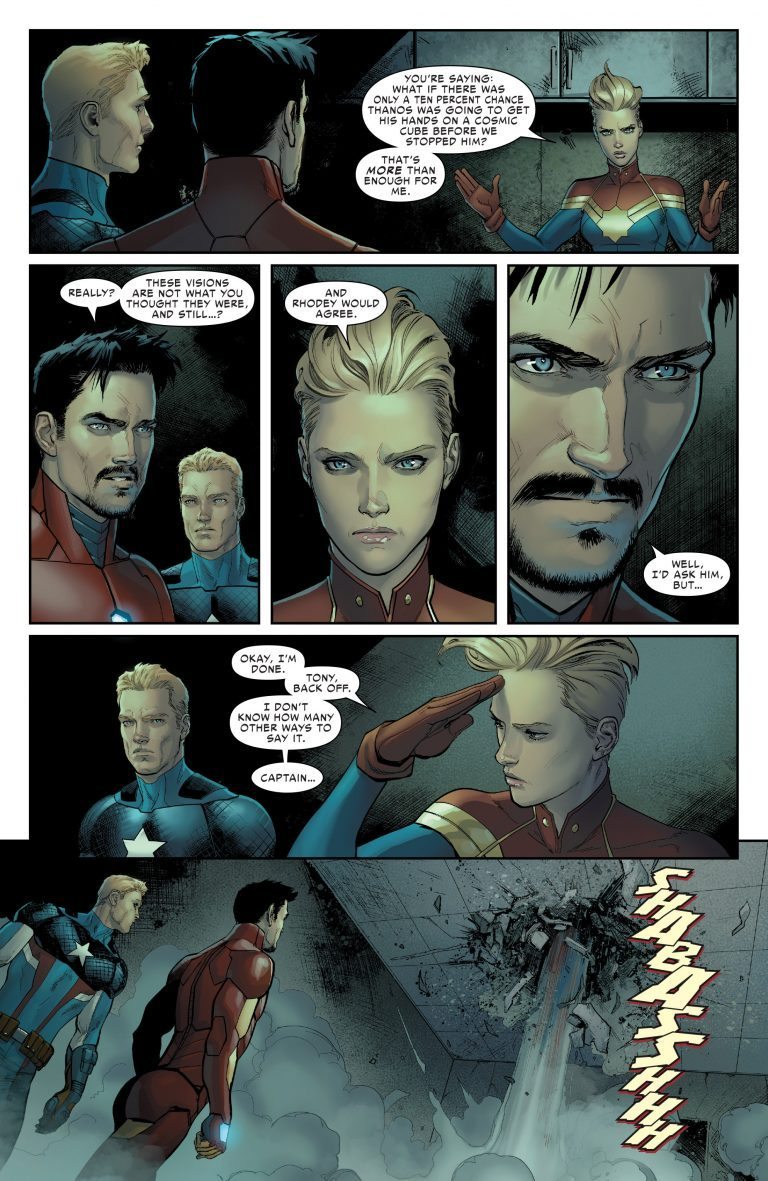 Taking place directly after the events of the previous issue, the verdict for Clint Barton has shocked the world, having been acquitted for his role in Bruce Banner’s death. But this is not the only revelation made here, as Tony Stark finally reveals to both his fellow Avengers and the audience that his worst fears have been confirmed: Ulysses’ visions do not predict a set future. Rather, his brain gathers data and energy from everyone and everything in the world, compiling them into an algorithm of what possible futures might look like. In other words, Ulysses’ visions see a future based on guesswork instead of solid fact, and by accepting these algorithmic visions as fact rather than hypothesis, Carol Danvers is essentially profiling individuals by the notion that they might commit a crime, removing their own individual choice in the scenario altogether. Now, with the truth revealed, both sides will be driven further apart as they finally get ready for a physical confrontation as well as an ideological one.

The biggest problem with CIVIL WAR II (and its predecessor) has been the struggle to balance out the motivation of both sides. You can tell that Brian Michael Bendis was trying to tell a story with potential, but that story never got much time to shine underneath all the exposition/plot build-up in past issues. This issue finally gets to tell that story, mainly from the perspective of Tony Stark. His core monologue, while extremely long, allows us to understand the reasoning behind his wariness, feeling that their lack of accuracy makes for a more risky means of stopping crimes. They aren’t just inaccurate predictions of the future; They also take away personal accoutability for a person’s actions by declaring a person guilty before they even commit a crime. Maybe there’s a possibility that someone could pull a gun on another person or even launch a terrorist bombing in a crowded area, but if these events are being stopped before they even happen, how can this be considered lawful jurisdiction?

Where Stark’s development in CIVIL WAR II #4 feels like a major improvement over previous issues, Carol Danvers’ could have been done better. Despite learning that these visions don’t depict the actual future, she remains willing to risk such a decision if it means the possibility of saving lives. Granted, you could argue that since Tony’s overlong monologue takes up over half of the issue, there’s not enough time to flesh out Carol’s reasoning regarding this revelation. Still, her decision to continue to relying on these visions makes very little sense, as she was clearly there when Tony explained to everyone that they are not 100% accurate. This makes me worry that the writers are doing to Carol what they used to do to Tony, labeling her as a clear villain just for this storyline. For all the series’ improvements made in terms of depicting the opposing stances, CIVIL WAR II still needs to work on balancing the amount of development each side gets per issue. 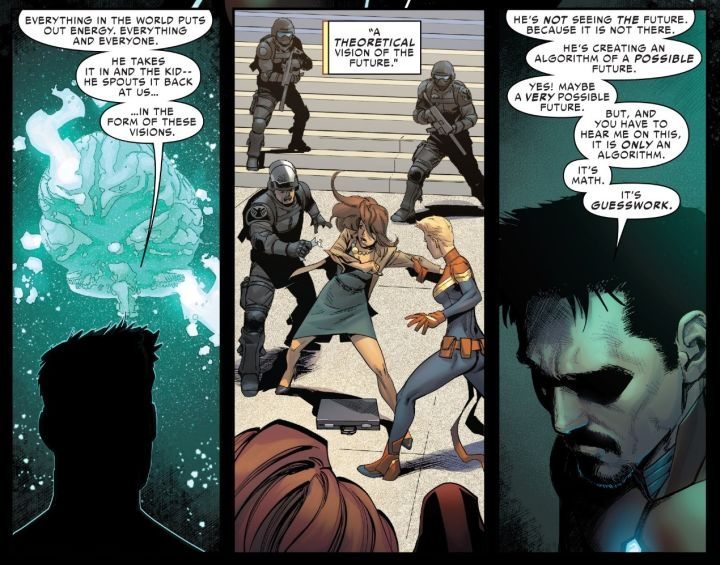 The artwork in this issue remains visually stunning, something that the CIVIL WAR II series can boast they have maintained since the beginning. David Marquez’s attention to facial details and lighting allow us to grasp the emotions that each character experiences in the panel, even if they never say a single word. This is most prominent during a scene that shifts between Tony’s narration to the audience/Illuminati while Carol and S.H.I.E.L.D. arrest a woman for a possible crime. The dim lighting manages to highlight Tony’s frustration and fear, struggling to get his point across to the other side before things get out of hand. Meanwhile, Carol’s scene is played out in complete silence, except for Stark’s dialogue boxes, allowing Marquez’s facial work and imagery to really sell her side of the story. While the dialogue is better here than it has been before, the artwork definitely takes things a step further, creating a successful atmospheric mood.

CIVIL WAR II #4 still struggles to balance out its two factions, but even with those flaws, it feels like a major improvement over the entire CIVIL WAR II series. However, the writers need to be careful with the direction with which they are taking Carol’s character, as pushing her towards the role of an antagonist would ruin the series’ attempt to be morally ambiguous on both sides. Overall, it’s the best issue in the series so far and has finally lead us to the epic hero vs. hero showdown that everyone has been waiting for. Whatever Bendis is doing right now, keep on doing it.