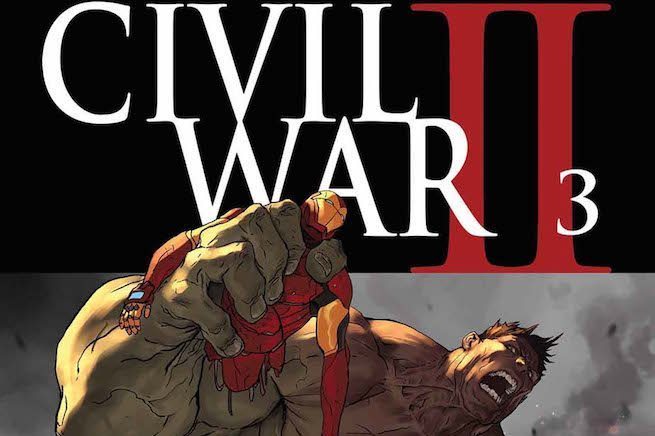 CIVIL WAR II’s biggest flaw has been its inability to find the right balance of opposing stances regarding the storyline’s moral/philosophical dilemma. It was starting to look like this so-called “war” was the result of Tony Stark’s emotional turmoil and nothing else, which would obviously feel somewhat disappointing.

CIVIL WAR II # 3 manages to get the overall conflict back on track, but at this point, it feels like the writers are taking too long to get to the actual civil war portion of the plot. While this issue is definitely the most dramatic and engaging one within the CIVIL WAR II storyline thus far, the heavy focus on flashback and testimony serve merely to recap what is going on, rather than progress it forward. That doesn’t make the events of this issue wholly terrible, as I did appreciate their attempt to push the storyline’s philosophical debate back into the moral gray area, but unfortunately, it comes at the cost of the large-scale stakes never being fully established for these characters or the Marvel universe in general. 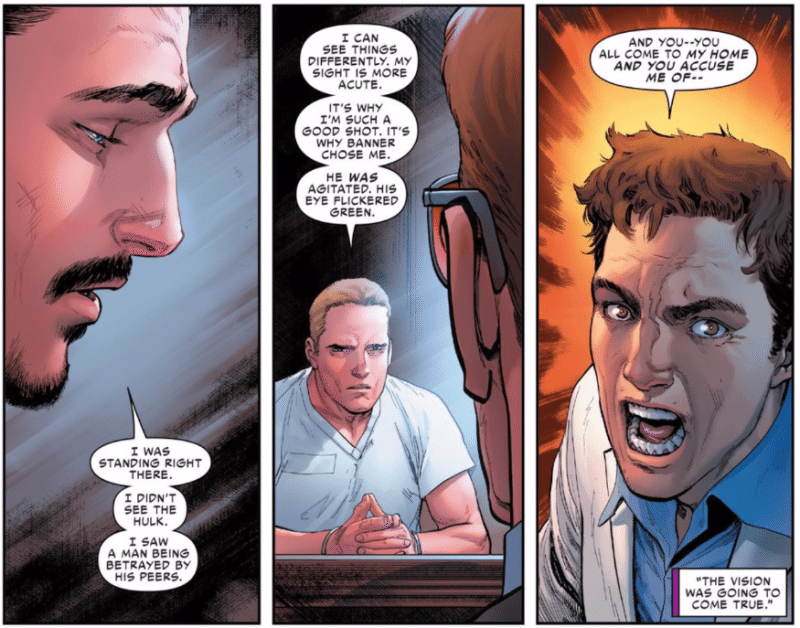 Taking place from an odd, if not intriguing perspective, this issue’s main focus is a trial centered on the confrontation of Bruce Banner, following Ulysses’ latest vision of the Hulk killing everyone. Both Carol Danvers and Tony Stark are called up as witnesses, each delivering their stances on the matter. The end result is an escalation of the growing conflict built around using these predictions to stop crime: is it morally right to stop such harmful events and atrocities before they even occur, and is it possible that such predictions could turn out to be wrong? Are these events set in stone, or can they be changed without further conflict arising? As the line between security and due process grows thinner, our heroes will find themselves even more divided, struggling to determine what is more important for humanity’s safety.

READ: Feeling behind? Catch up on CIVIL WAR II with our review of issue #2 here!

Honestly the courtroom drama was an engaging starting point for this issue, catching me off guard and grabbing my interest with regard to what will happen next. While it is a somewhat perplexing setting in terms of superhero logic, this choice of location allows our characters to relay events to the reader via flashback in order to get us up to speed on the story, all the while not impacting the issue’s pacing. Unfortunately, the execution of such story feels like a double-edged sword, so focused on showing us what happens in the past that it fails to set anything up for the present or future. There’s no real narrative happening here that furthers the plot, except to let the audience know even more conflict is brewing between the two sides. That doesn’t stop the book from being entertaining, but seeing how we’re already into the third issue of this story, one would expect the stakes of this issue to be quite high. At this point, unfortunately, the consequences for our characters are minimal at best and non-existent at worst. 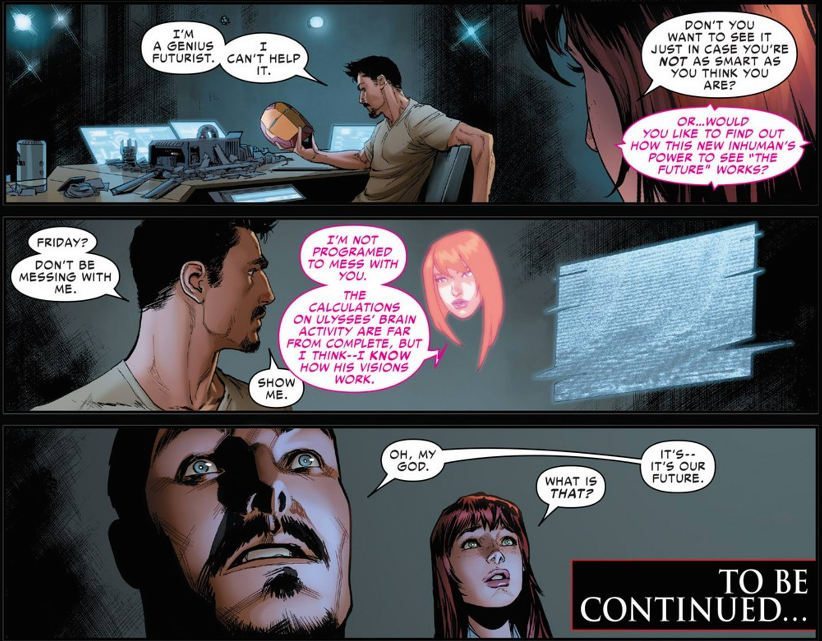 The artwork, however, makes up for the somewhat lackluster dialogue, with David Marquez managing to capture the raw emotion of each character: whether it be anger, sadness, grief, or frustration. You can really see it in the detail given to each person’s face and body language as they address one another as well as the court. This manages to sell the idea that these characters are genuinely affected by what has transpired, and distracts readers from the realization that they aren’t doing much beyond standing around and talking. Again, this ties back into the fact that the story has more of a focus on recapping events that have happened rather than add onto what will happen. Unfortunately visuals can only get you so far in a comic book, especially one which is supposed to be a flagship series for Marvel.

READ: Enjoying CIVIL WAR II? Check out some of its tie-in series…

As for the story itself… it’s kind of hard to say whether or not its execution is actually good. The crux of this issue focuses on the shocking death of a major character, one with whom the audience has known for a long time. The way in which they go out, while given some degree of expansion and depth during the trial, ends up being relatively flat in its payoff. It’s not that the writers and artists aren’t trying, as they attempt to throw in some backstory to allow us some understanding of this character’s perspective. While the atmosphere is built-up well, thanks to some darker–almost noir-like–color palettes in these particular flashback sequences, the fallout doesn’t mesh well enough with the conflict. There is still potential in what writer Brian Bendis is going for, and his depiction of these stances as morally complex is exemplary but still feels lacking in its execution, something that needs to be rectified by the end of the next issue.

It’s been three issues since the prologue comic, and we still haven’t reached the breaking point in CIVIL WAR II that leads to all-out conflict. This, ironically, is the opposite problem that original CIVIL WAR comic suffered from, in which a philosophical debate/conflict was established from the very beginning but was constantly overshadowed by both sides beating each other up. There is still potential here, but its buried under an awkwardly-paced story that does little to provide genuine action and consequences for future installments. With the halfway point of this series fast approaching, a story with action and consequences is something that CIVIL WAR II desperately needs.