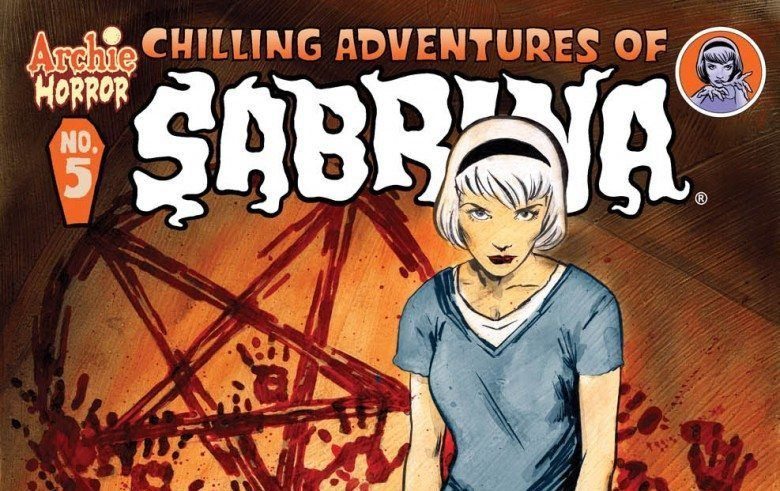 It has been 10 months since CHILLING ADVENTURES OF SABRINA #4 hit our comicbook shelves. Due to delays (some due to the writer’s development of the ARCHIE TV series) it’s been a long wait to find out what happened next. Issue 4 ended on a shocking cliffhanger, Harvey Kinkle was dead, murdered and eaten by witches. But Madam Satan had other plans for Harvey, eager to ensnare Sabrina in her revenge against the Spellman family.

One of the huge dangers of delays in comics is that, with the glut of comics vying for your attention every week, the delayed comic can be easily forgotten about. It takes a special kind of comic that makes you wait, with baited breath, for the next issue. Fortunately CHILLING ADVENTURES OF SABRINA #5 is such a book that makes the wait worth it. It’s a book that swallows you whole, bringing you into a world of witchcraft and decay with a slow burn story that fills you full of dread and intrigue. Imagine if you will if Roman Polanski directed a Hammer Horror movie in the 60s and you’d be half way to how it feels to read this book. 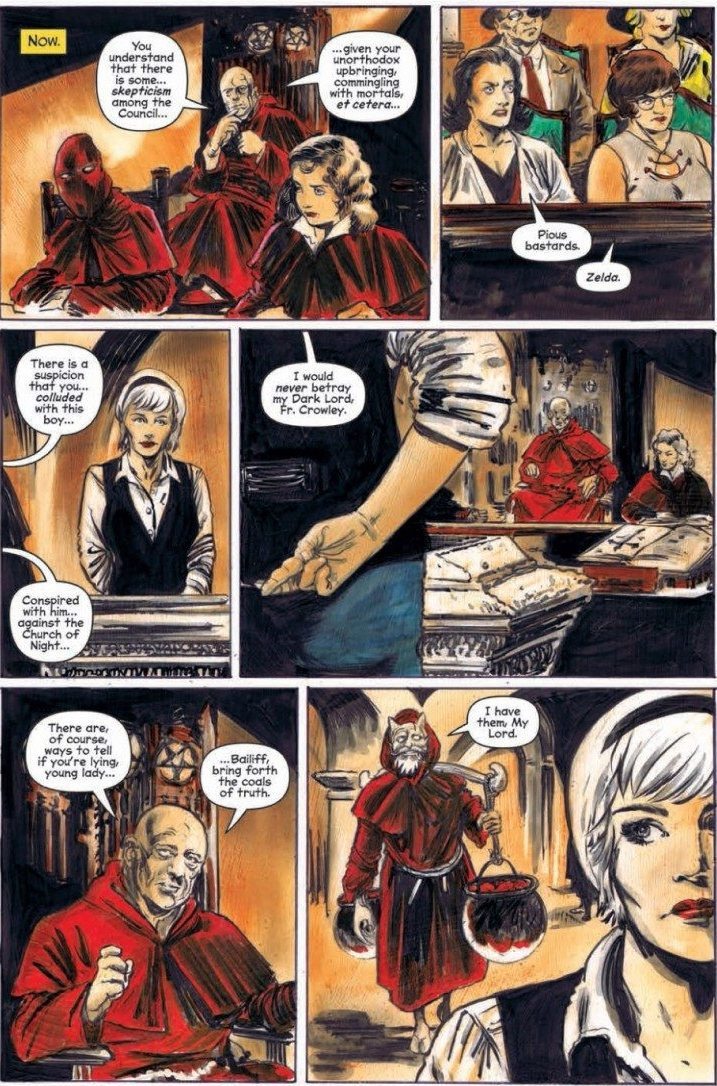 The success of this issue and the series is down to the creative team, writer Roberto Aguirre-Sacasa and artist Robert Hack. There are a lot of captions and dialogue in this issue, but it doesn’t overcrowd the panels (take a bow letterer Jack Morelli). Indeed it adds to the pacing and overall sense of dread in the book. Aguirre-Sacasa knows how to create unease throughout the issue. He adds a lot to the mythology of witchcraft, each issue giving us the history and rules of this most satanic of orders. We get front row seats to Sabrina’s trial at the witches council and we are introduced to more of their archaic laws. It is an engaging scene, steeped in unseen horror. The trial though, is only the calm before the storm as Sabrina aims to bring Harvey back from the dead. His resurrection is creepy, spattered in great globs of bright red blood and it may not be Harvey who was brought back after all.

READ: Dark Horses HARROW COUNTY delves into the unnerving world of witchcraft. Check out our review of issue 10!

While Aguire-Sacasa’s words are a masterclass in storytelling, Robert Hack’s art is unsettling horror at its finest. At times subtle, at times gore induced redness, it is mesmerising. His inks and colors feel intentionally rushed, an unsettling display of 60s American gothic that makes this series so unique and entrancing. The town of Greendale seems to be set in a world of perpetual twilight, an autumn evening that never ends. The character designs harking back to a time when EC horror comics graced the stands. It’s a testament to his artwork that despite the unsettling nature of the acts of witchcraft on show here, it is a human act of madness at the end of the issue that is the most horrifying, steeped in madness. 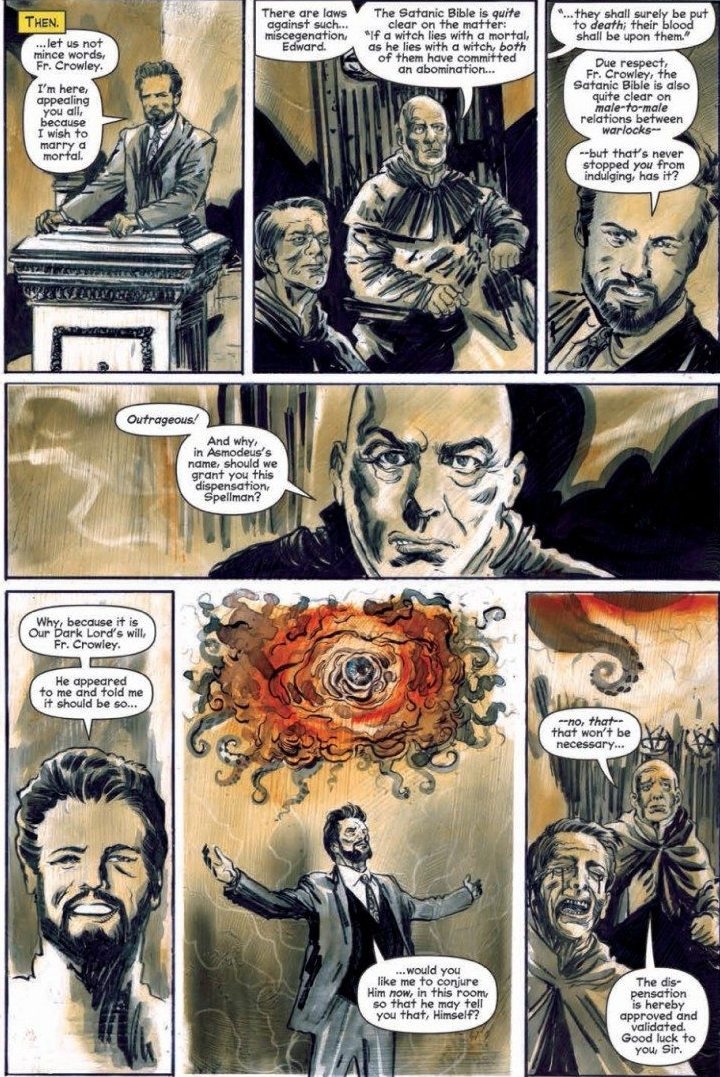 READ: SWAMP THING has always been a leader in horror comics. Find out why here!

This is not a series for the easily unnerved, but it’s a modern horror comic that is at least as strong as anything else on the shelves, arguably even more so. Beautifully terrifying, CHILLING ADVENTURES OF SABRINA #5 is nothing short of creepy excellence. “By the pricking of my thumbs, something wicked this way comes.” And I will be waiting for it.