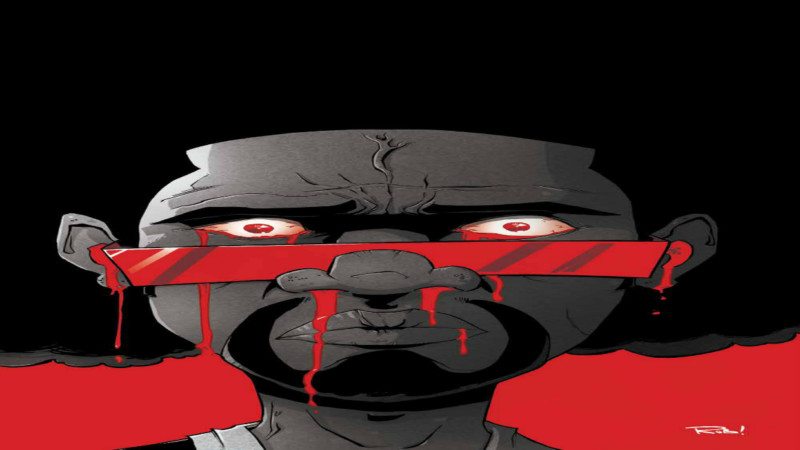 Previously on CHEW #58 by John Layman and Rob Guillard, Tony and his girlfriend, Amelia, investigated the disappearance of Rosemary’s van after trying to enjoy the day to themselves. The world in the backdrop as alien skywriting ominously blazed over the world. It ended with Amelia kissing Tony and furiously typing away at her laptop, her eyes red as she channeled her saboscrivener and cibosensory abilities. CHEW #59–the penultimate issue of the Sour Grapes arc that addresses the mysterious sky letters that appeared in the “Just Desserts” arc–picks up in the aftermath with Tony holding Amelia’s lifeless body in his arms as he is overcome with grief.

For readers new and/or curious about the series, CHEW follows the adventures of Tony Chu, an FDA agent who contracts the ability to relive the memories of anything that he eats as well as gaining special abilities from them (think Rogue from X-MEN or Liz from I-ZOMBIE). All of this occurs in a world where consuming chicken is banned and people develop superpowers from consuming food… and people.

READ: Love STAR WARS? Check out our verdict on the adventures of everyone’s favorite Wookie in CHEWBACCA VOL. 1! 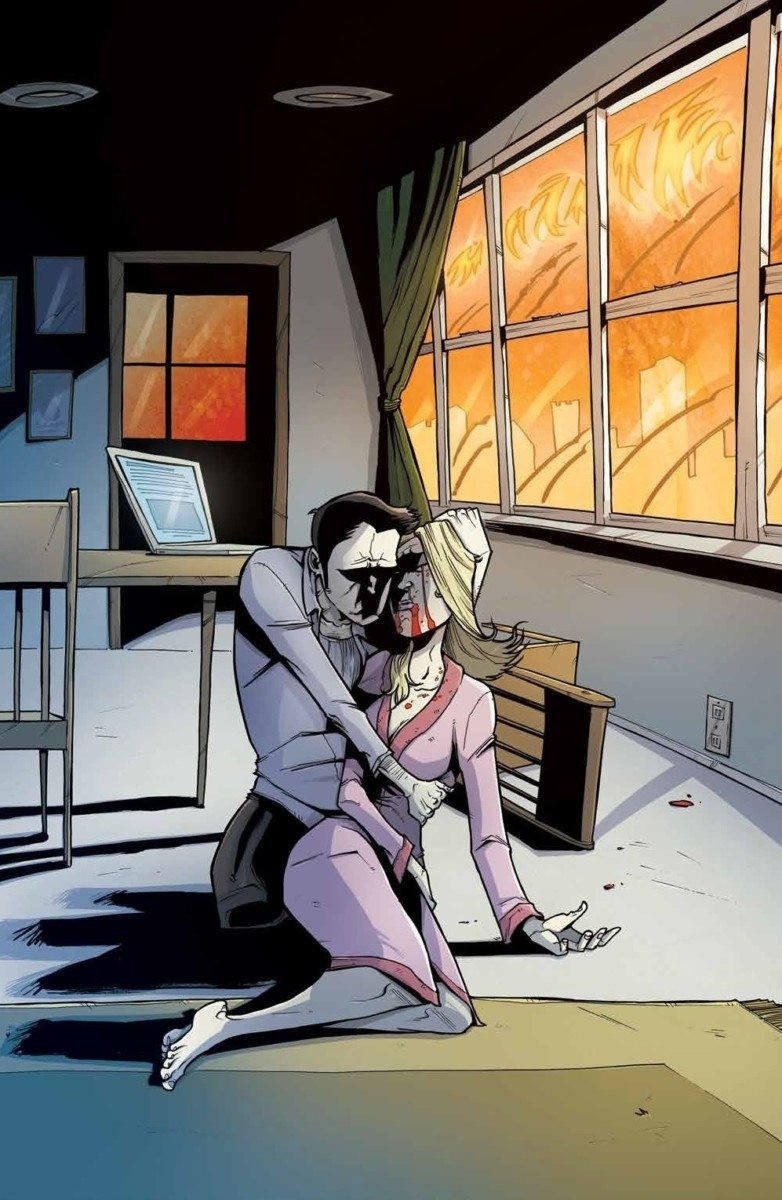 Thinking about whether to broadcast Amelia’s world-saving manuscript, Tony’s cyborg partner, John, convinces Tony to go bust some criminal heads one last time. Tony has a major decision to make: let the mastermind out in space obliterate the planet or broadcast the manuscript, killing millions of chicken eaters around the world but sparing it from impending doom in the process. It sounds like a decision straight out of a western role playing game if you ask me!

John Layman is a master of balancing humor, smart dialogue, and drama as backgrounds are laced with all kinds of hilarious signs that emphasize the current state of the world. The bromantic dynamic between John and Tony is fantastic. John understands the immense burden that Tony has on his shoulders, which I enjoyed because it shows that John is compassionate. Layman also peppers in foreshadowing throughout CHEW #59, so hawk-eyed readers might want to pay close attention!

READ: Take a journey to the past with our review of CHEW#54!

Rob Guillory’s art, while cartoon-ish and heavily stylized, is simplistic and expressive with emphasis on exaggerated facial expressions. He also puts fire in the background whenever there’s a confrontation scene with an antagonist or someone Tony does not like. I like the flame in the background of the panel (which recurs in prior issues) because it shows you how much tension there is in this moment, especially since Tony experienced the loss of Amelia prior to this confrontation with Applewood. The art work reminds me of the older drawing styles of the PENNY ARCADE  web comic series. This is one of my favorite pages from CHEW#59. 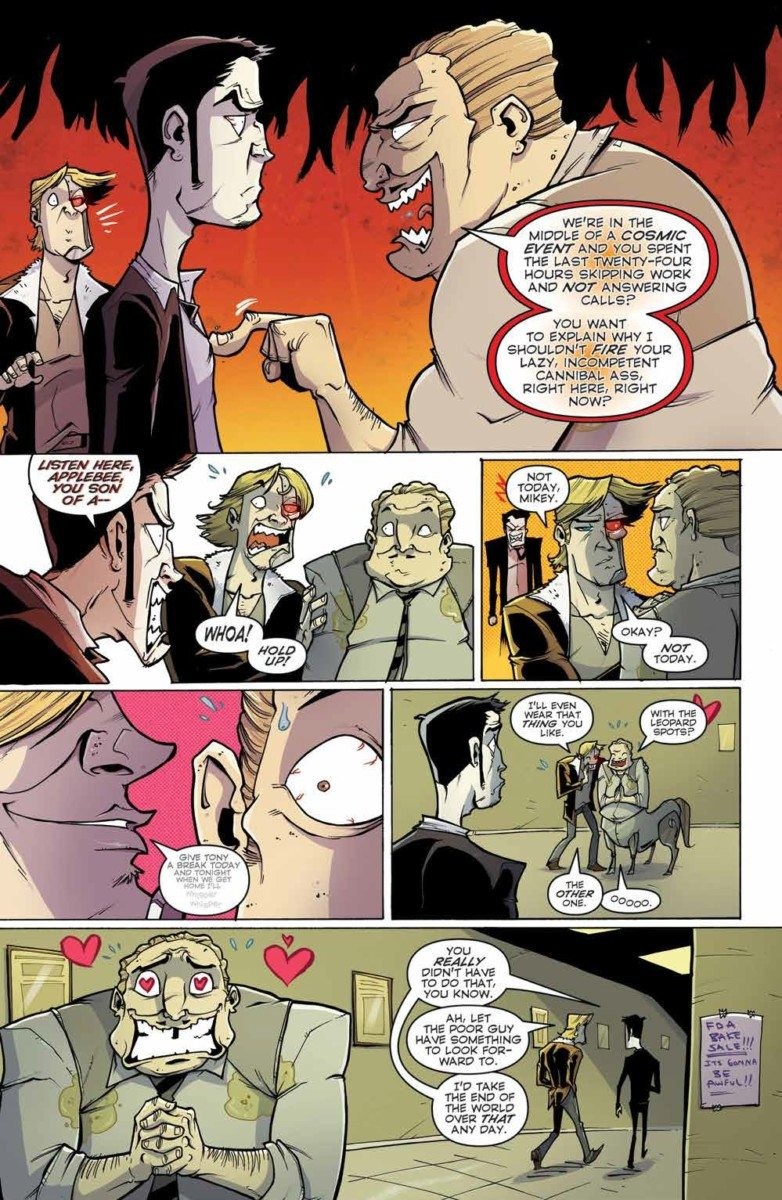 By the end of this issue, Tony resolves his decision and pays a heavy price for it. CHEW #59 nails down a little bit of everything: action, moments of sadness, and humor with a conclusion that easily stands on its own as a few major loose ends are tied up. Layman and Guillory are going to go out with a massive bang, so definitely pick up CHEW#59 and hang on tight for the conclusion to the series next month!