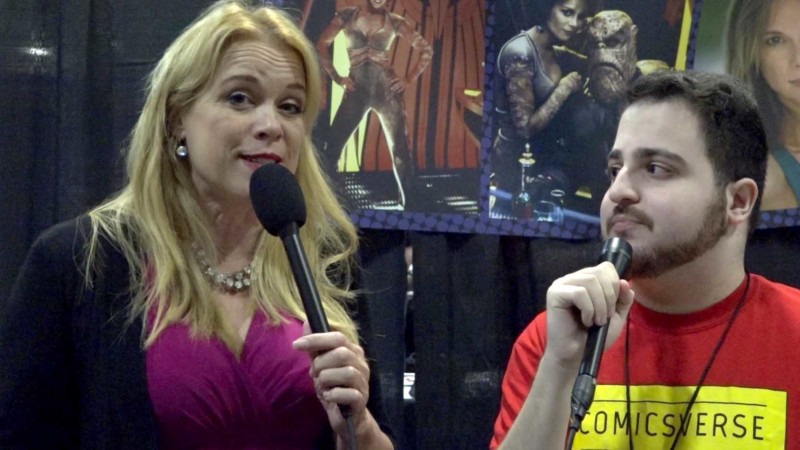 ComicsVerse sits down with Chase Masterson at East Coast Comic Con 2017 to discuss her work with the non-profit organization Pop Culture Hero Coalition. Masterson, famous for playing Leeta on the popular STAR TREK spinoff STAR TREK: DEEP SPACE NINE, talks to us about this great advocacy group, which aims to end bullying, racism, sexism, and all the other dirty -isms that fuel hate and intolerance.

As fans of positive change through the arts and popular culture, ComicsVerse was stoked to speak Masterson about Pop Culture Hero Coalition. She detailed what inspired her to found this advocacy and outreach group, what the organization does, and many other important details on what makes Pop Culture Hero Coalition such a special entity. Most of all, she wanted to emphasize the role that each individual person can do to help promote positivity and acceptance in society as well as fight intolerance and hatred.

Chase Masterson is a well known actor who has been active in television and film for over 20 years. She is most famous for her run in the popular science fiction show STAR TREK: DEEP SPACE NINE. Masterson played Bajoran Leeta from 1995 until the show’s end in 1999. Moreover, she has also been featured in THE FLASH, TERMINAL INVASION, and STAR TREK: OF GODS AND MEN. She currently spearheads the nonprofit advocacy group Pop Culture Hero Coalition. The organization’s aim is to use stories from pop culture to combat bullying, racism, misogyny, hate, and all other forms of intolerance. For more info on Pop Culture Hero Coalition, please visit their website here.