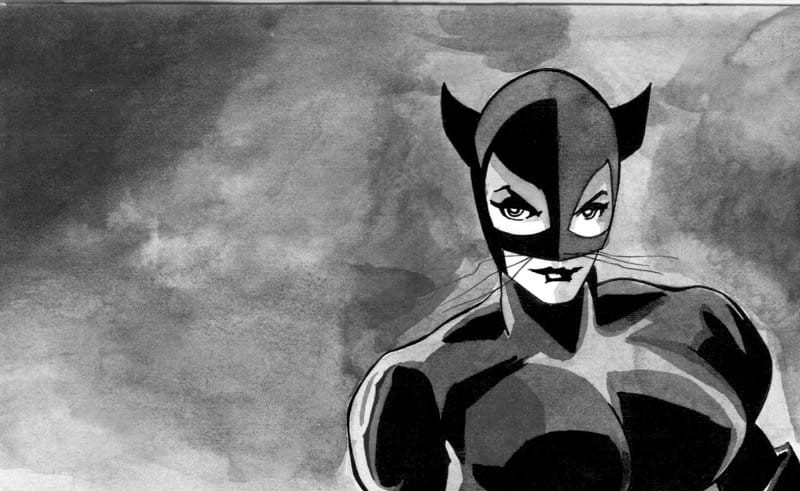 READ: Keep up with Batman’s latest adventures with our review of BATMAN #47!

Looking back at Catwoman’s first appearance in BATMAN #1, there was very little indicating the character would still be thriving over 75 years later. Created by Bill Finger and Bob Kane she was known simply as “The Cat,” and her first appearance saw her stealing an emerald necklace from a wealthy woman on a yacht. She was eventually discovered by Robin, who was undercover as a steward at the time. He called in Batman for help in apprehending her and, naturally, Batman discovered where she had the diamond and attempted to take her to prison before she eventually escaped. What makes her story unique is the interactions she has with the Caped Crusader along the way. What could have easily been just another one-off tale of Batman and Robin beating up nameless crooks was instead the story of Batman meeting an adversary who almost tempts him to abandon his mission as the Batman. Catwoman asks him to join her to become the king and queen of crime and he is so taken by her, he actually considers it for a moment. 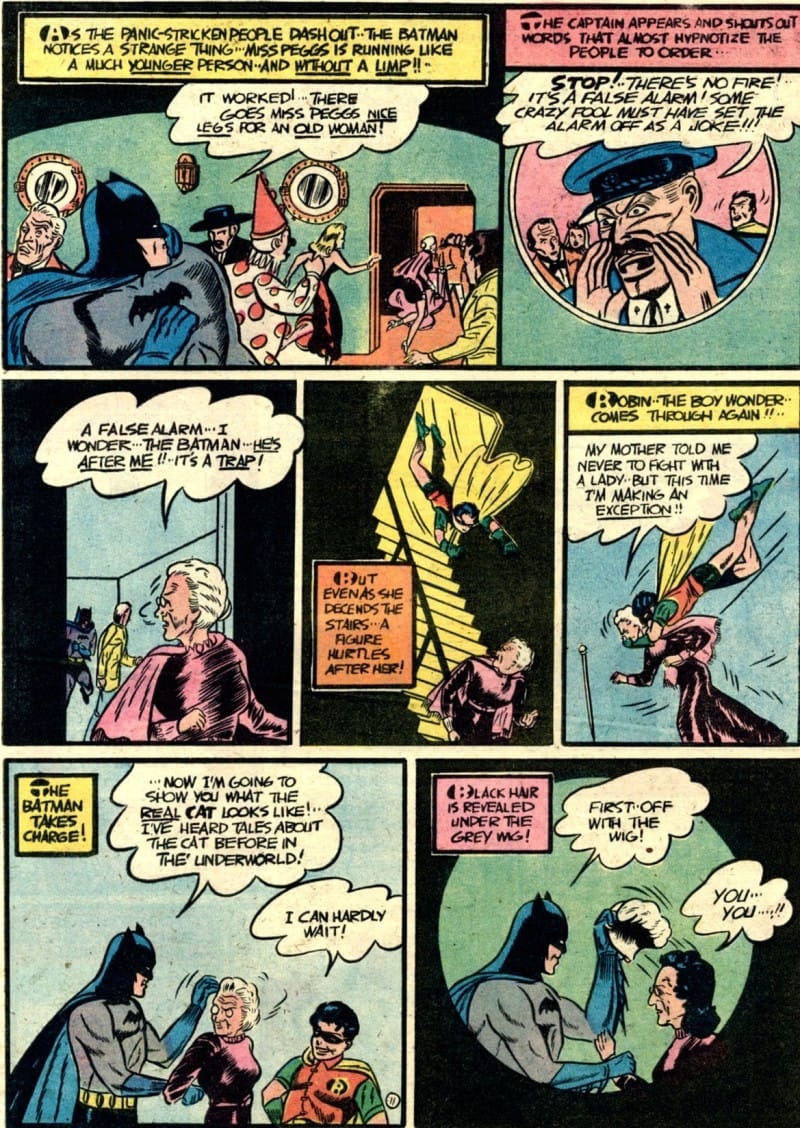 Her second appearance came in BATMAN #3, where she first appeared in costume; though one nothing like the costume we are accustomed to seeing today. Rather than the slick black, grey, or purple catsuit of recent years, early incarnations of Catwoman had Selina wearing a long-sleeved yellow dress with a giant collar and a cat mask that looked exactly like a cat’s head. It wouldn’t be until BATMAN ’66 that Catwoman truly began to transform into the character we know her as today. Julie Newmar’s look in the television series became so iconic that its influence can still be seen in the Catwoman costumes of modern times.

The character’s popularity in BATMAN ’66 also played a major role in bringing Catwoman back to the world of comics. Like many characters from the 1950s to the 1960s, Catwoman became a victim of the comics code on the grounds that she violated the code by making crime look to glamorous. The act stated, “…if crime is depicted it shall be as a sordid and unpleasant activity…” and “…criminals shall not be presented so as to be rendered glamorous or to occupy a position which creates the desire for emulation.” Catwoman violated both of these rules and, because of this, DC Comics had to refrain from using her in stories. It took the immense popularity of Catwoman in the television show, for DC Comics to bring her out of retirement.

READ: To find out more about Batman’s rogue gallery, check out our analysis of DC’s ongoing problem with creating new villains!

It would also take a while for Catwoman to actually grow as a character. Like many of BATMAN’s other villains, the majority of her early existence saw her relegated to a single, simple premise: being a cat crazy criminal and acting as an occasional foil to Batman. It would take the revolutionary work of Frank Miller’s Batman: Year One, to turn Selina Kyle from a one-note villain to one of the most dynamic characters in all of DC Comics. 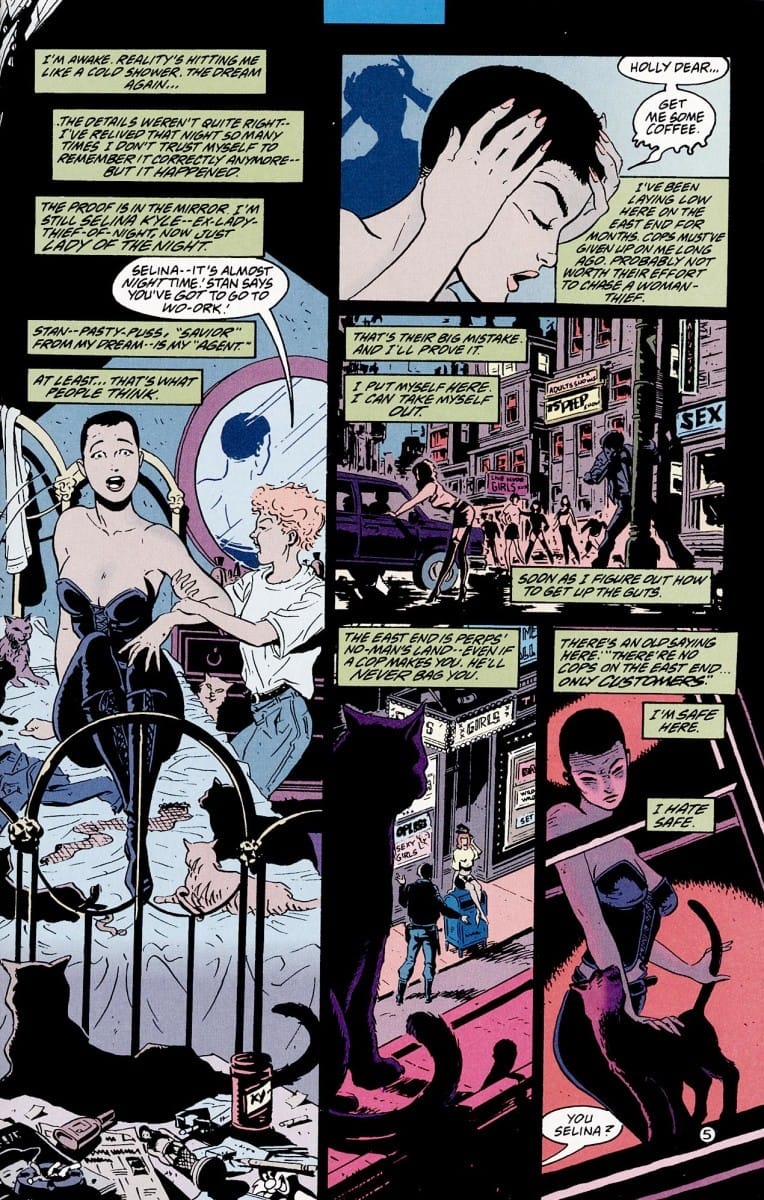 No longer a simple thief with a cat obsession, Selina Kyle was transformed into a prostitute who was forced to work in the East End of Gotham. She still acted as a thief by night, but during the day she had become a protector of the downtrodden in the area. The concept of Catwoman as a sort of anti-hero stuck with the character through popular interpretations such as THE DARK KNIGHT RISES. With an entirely new direction, Catwoman was finally given her own miniseries, followed by a full ongoing series a few years later. In these early stories, Catwoman’s troubled childhood was finally explored. Both of her parents died while she was very young, and Selina was sent to live in an incredibly corrupt orphanage. Using this knowledge to her benefit, she forced them to wipe any trace of her records, and as far as the world knew, Selina Kyle didn’t exist.

READ: To learn more about Catwoman’s many appearances, check out our celebration of Catwoman’s 75th anniversary!

Finally on her own, she started out as a small time cat burglar. Selina eventually discovered a ninja cult operating in Gotham City and trained with them. It was here, and with some help from Wildcat, that she acquired her fighting skills. With her past firmly established, CATWOMAN began to interact with more and more of Gotham’s criminal world. Along the way, she also had her heart taken out of her chest by Hush, shot Black Mask in the face, and had a daughter named Helena (though she was eventually put up for adoption and rarely mentioned again). 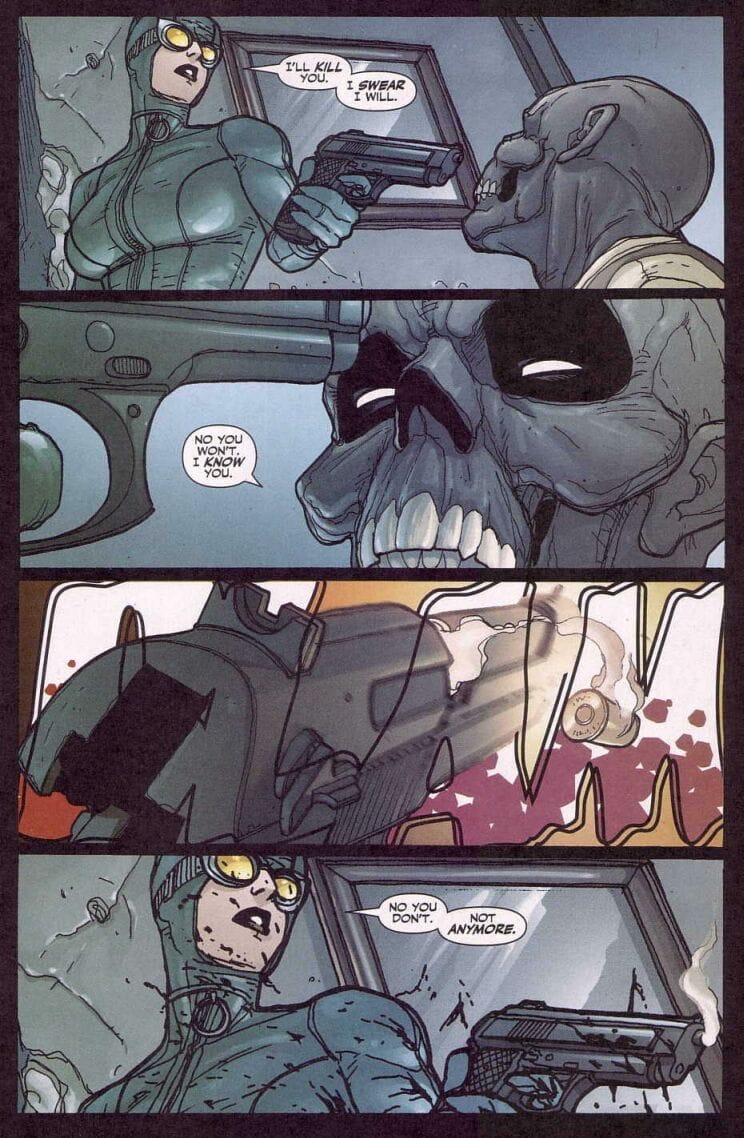 Her ties to crime became even stronger when it was revealed that Selina Kyle was actually the heir to the Calabrese crime family. After the events of BATMAN ETERNAL, Selina took her place as the head of the family and began to try to stabilize crime in Gotham. Her refusal to stop being Catwoman eventually led to the death of those close her and her departure from the Calabrese family. Currently, she is back in her role as Catwoman,  the cat burglar. She continues to toe the line between good and evil, never able to be fully defined one way or the other. Thus, as ever, Catwoman continues to be one of the most interesting characters in comics.

LISTEN: Interested in learning more about BATMAN’s villains? Check out our podcast on the origins of Hush!