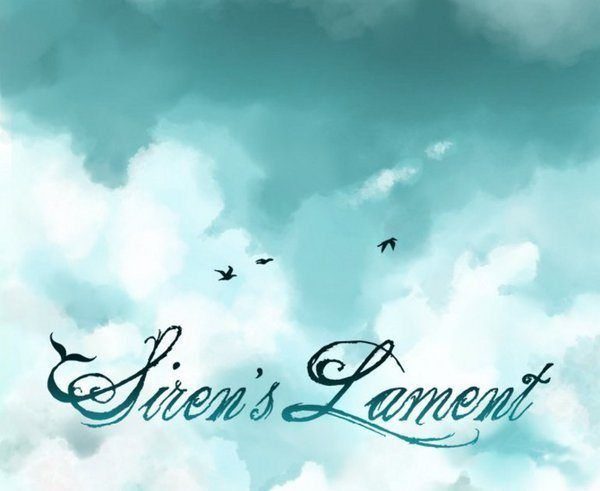 There’s no right way to tell a story.

Some of the best stories push boundaries and challenge readers to explore new territories. These boundaries can include controversial plots or pose a challenge to the traditional way to tell a story: mostly via visual aids, written word, or both. Welcome to Night Vale and SIREN’S LAMENT push these boundaries. They experiment with the ever-evolving tradition of storytelling, warping it into something brand new. Their creators use original and cutting-edge techniques, expanding on how stories can be read and experienced. These techniques often provoke unique experiences within the listener/reader.

Oral story-telling is as old as humanity itself. Voices have been used to record history and mythology, to transfer family values, or just for fun (like radio stories in the 1930s). Audiences have always gathered around to listen to stories being told. Radios are still around, but the newest and one of the most popular ways to consume the spoken word is through podcasts. Welcome to Night Vale, created in 2012, is a story of the weird happenings of the town of Night Vale. Joseph Fink and Jeffery Cranor’s hit podcast is a mishmash of genres like paranormal, horror, and comedy. Including tales of love, rivalry, three-headed dragons and the Faceless Woman who secretly lives in your house, Welcome to Night Vale is singular in its approach to story-telling.

The musical scores by producer, sound designer, and composer Disparition are one of the aspects of Welcome to Night Vale that sticks out the most. The melody is original and creepy, underlying the comfort of narrator Cecil Baldwin’s voice with a level of spine-chilling chords. It creates an atmosphere that places Welcome to Night Vale in the forefront of its category. In July of 2013, WTNV became the most downloaded podcast on iTunes, including news segments and other original podcasts. As well as getting its own book, WTNV went on tour and hosted live readings and performances of their podcasts (I went to one and it was absolutely amazing).

Listening to stories that have little to no official art leaves the world and the characters almost completely up to the imagination of the audience. This creates a power within the audience itself. Cecil Baldwin is never physically described—so what does Cecil Baldwin look like? Cecil could look like anyone that ever existed or could exist: any gender, any color, any hairstyle, it’s all up for grabs. Welcome to Night Vale creates a world where it feels like anything is possible. It helps sell itself precisely through this one-of-a-kind story-telling method and use of original score and voice-acting (don’t fret, fans made transcriptions to make it more accessible).

However, Welcome to Night Vale is definitely not the only story to use music to enhance its story.

SIREN’S LAMENT was created by artist Kaitlyn Narvaza (aka, Instantmiso). It tells the tale of Lyra, a heartbroken young woman who makes a deal-gone-wrong with siren Ian. SL premiered on the app Line Webtoon and has since been added to many manga-reading websites. Webtoons originated in South Korea as web-comics, evolving over time to become a unique presence in the comic world. While I can’t say that webtoons are the only medium to use music in their stories, I run into it there more often than in any other genre.

SIREN’S LAMENT is a third-generation Webtoon. Third-generation means it can be read by scrolling up and down on a website as well as on tablets and smartphones. This is opposed to first-generation comics which were read side-to-side as a series of panels on one page that you can continue by turning the page. Second-generation webtoons introduced scrolling up and down, but were primarily still read on the internet and not on smart/portable devices. Second- and third-generation webtoons only work on the web; they cannot be printed on paper like many graphic novels and comics. This is because the panels are elongated—breaking it into pages would create a dissonance within the story.

Webtoons’ use of scrolling, specifically in SIREN’S LAMENT, truly enhances the story and differentiates it from both comics and webcomics. Webtoons only have the option for the reader to scroll up and down a page, often allowing the artist to create a longer image. There are often panels with one elongated image instead of multiple panels as you scroll, so the reader can feel like they are falling into a picture as the artist changes colors and scenes fluidly. SIREN’S LAMENT does this effortlessly; Narvaza creates seamless transitions, accompanied by moving scores tailored to each chapter. 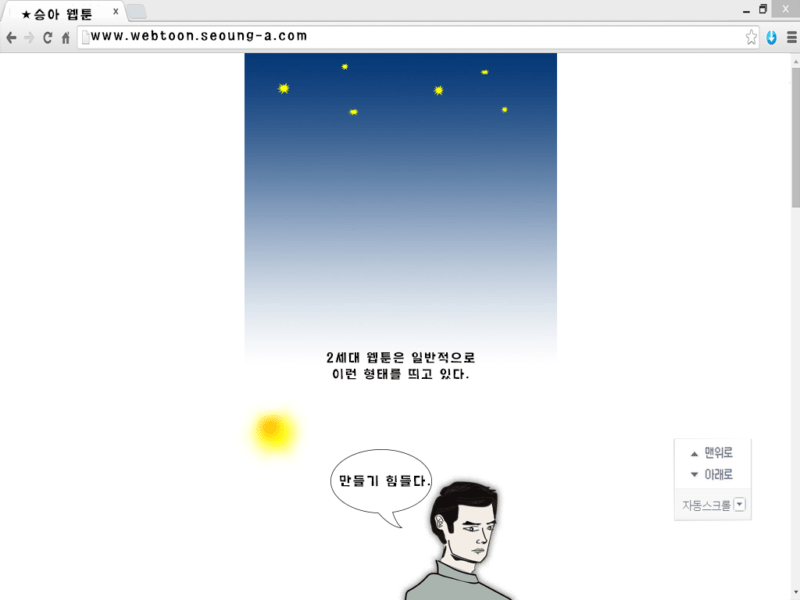 Second generation webtoons introduced scrolling up-and-down a page with one singular image instead of multiple panels, as showed in the first picture.

As stated before, music in webtoons is fairly common. One of the things that sets SIREN’S LAMENT apart from the others is the creation of original music specifically for each chapter. Kenny is the musician that composes specifically for SIREN’S LAMENT. Having music be specific to each chapter’s atmosphere and plot-lines drives the story forward and melodies allow the reader to be more involved emotionally. Letting the music flow with gorgeous art creates a new experience for us to delve into.

The first time I read SIREN’S LAMENT I was truly captivated. Kenny’s music paired with Narvara’s art made me forget I was in my own bed. I had never experienced a comic that drew me in with fluid visuals and enveloping music simultaneously. I felt transported, like I was falling into the ocean with the main character Lyra.

Welcome to Night Vale complements their stories with bone-chilling scores and SIREN’S LAMENT complements the story by adding atmospheric music to the reading experience. WTNV and SL have rightfully earned large and loyal fan-bases. The success of these experimental stories prove that change can and will be embraced.

It evolves with its audience and creators. It is an art that responds to the world around it, reacting to current events and over-looked pasts. It reflects the artist that brings it to life, allowing us to see the values and concerns of people who are often invisible. Both SIREN’S LAMENT and WTNV create stories that can’t be consumed traditionally. Their creators are revitalizing what it means to tell a story. Through WTNV we see the embracing of radical acts, like the refusal to assign genders to characters and encouraging our imaginations to run wild. SIREN’S LAMENT grabs us by the heart and drags us deep into the depths of the ocean through waves of music and fluid art styles.

The act of telling a story will never die but the ways in which you can tell it are growing exponentially. Hearing the spine of a book crack will never lose majesty, of course, but why not try something new?