CHAMPIONS #6 picks up the pieces from the groups’ MONSTERS UNLEASHED issue (check out my review here) and uses them to start a new rivalry for our heroes. Of course, that comes after the paintball game.

The issue truly begins with the results of the Champions efforts in recent weeks. Young people are shown cleaning up oil spills, helping people sign up for voting, and even giving self-defense classes, all while wearing the Champions logo. The new team is clearly encouraged by this, as they head off to their newest team-building exercise: paintball. 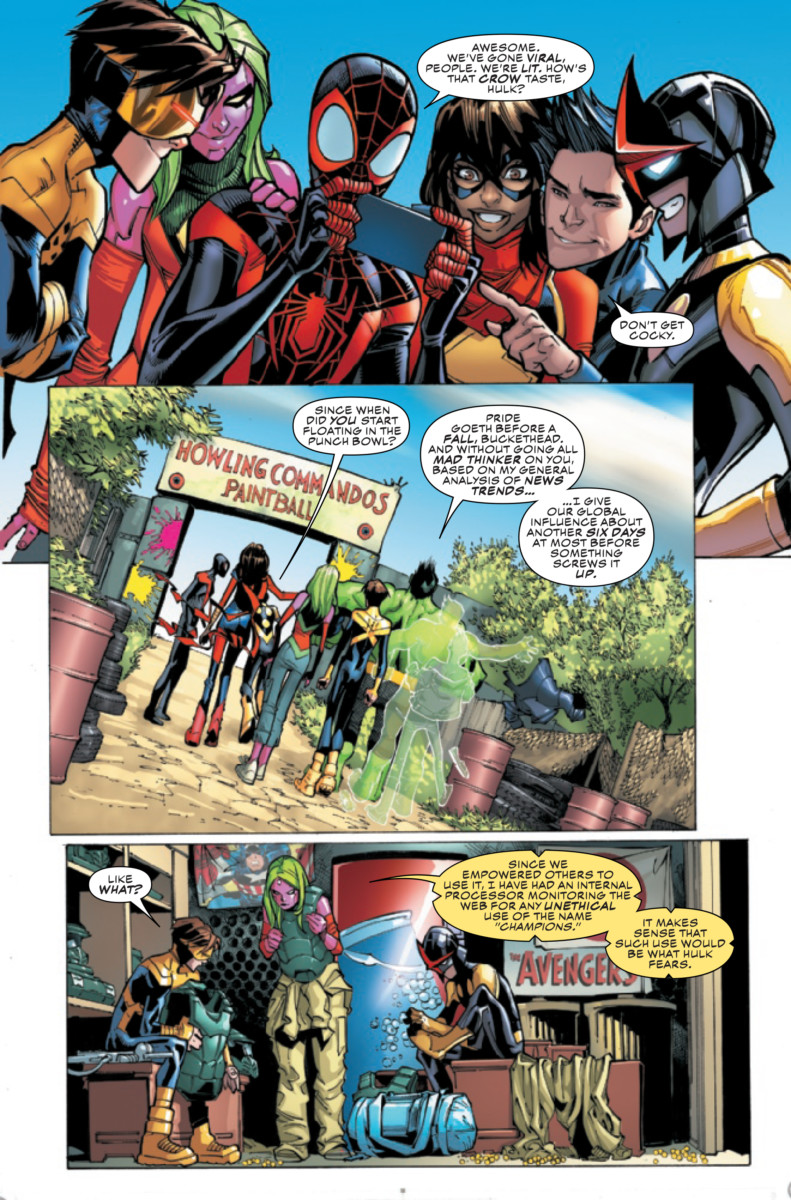 This excursion is great fun to watch, as we see how well the team is starting to gel with each other, and how certain members can shine. Cyclops has had experience in team exercises with the X-Men (which has become a sore point for much of the team), but it clearly pays off here. His Danger Room experience allows him to formulate a sound strategy of deception that takes everyone’s strengths and weaknesses into account. However, Nova also comes up with a plan that nearly grants his team victory. The whole scene is great superpowered fun, with the art from Humberto Ramos bringing the whole super-powered paint fight to life.  The panels burst with bright colors — thanks to to Edgar Delgado and Nolan Woodard — and wonderfully twisted battle shots. The fight also lays groundwork for future team debates, as Cyclops and Nova both know how to plan (though nobody saw the arrival of the Vision at the end). 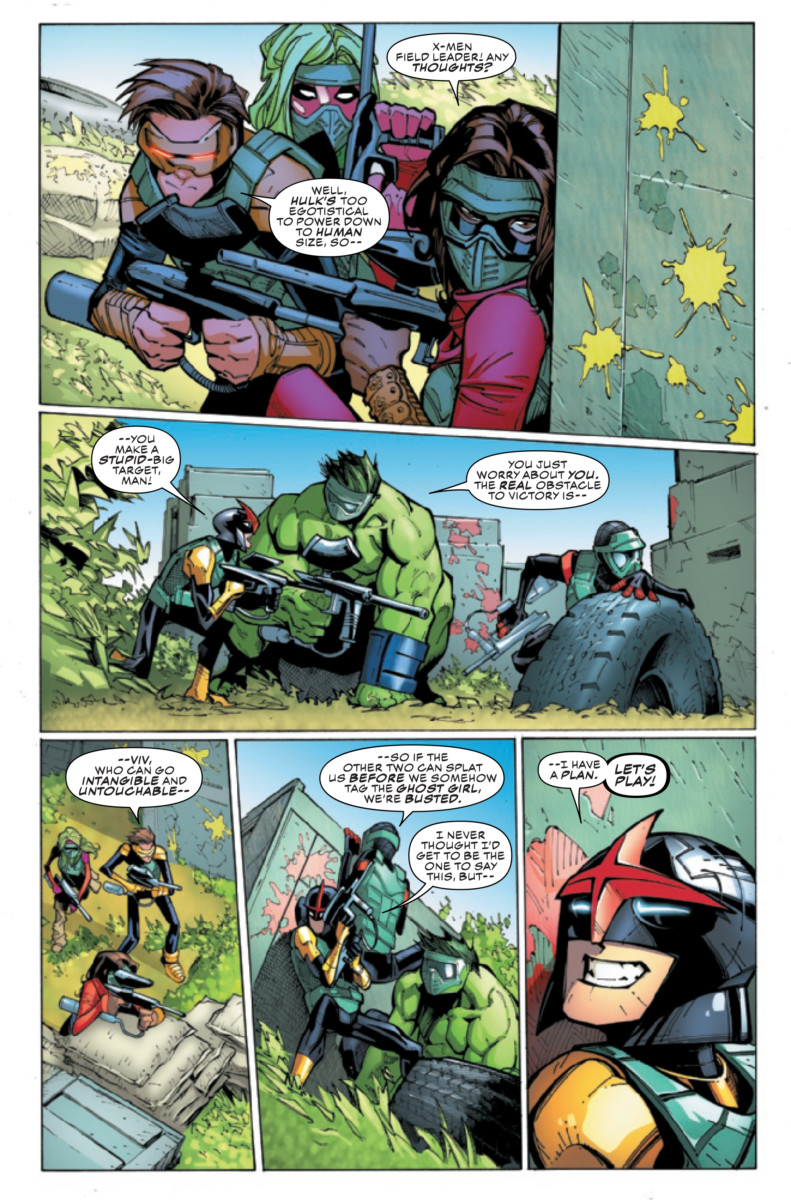 The issue then switches gears and focuses on the Freelancers, a team of metas-for-hire that were introduced in CHAMPIONS #1 M.U. In that issue, they were seen inciting a riot for corporate money, and this issue dives deeper into the group. It’s disturbing enough to see corporate boardrooms talk about the team as ‘our Champions,’ but it takes on a whole new level of disturbing when you see how the group lives: inside a mansion, contemplating offers from companies about what opposition to break up next. I said in my review of CHAMPIONS M.U. that the team was amoral, but that definition gets thrown out the window here. After destroying a tent city, the Freelancers invite a pair of the now homeless men over for an apology and food, only to humiliate and twist them into fighting each other. This isn’t just a group interested in money, they clearly have a need to show off and don’t care who they hurt.

READ: Interested in teen superheroes? We look at the return of Young Justice for Season 3!

Writer Mark Waid shows real depth in bringing the Freelancers to the fold here. In many ways, they work perfectly as the anti-Champions, believing in everything the group doesn’t. And if the Champions represent the good millennials can do, then the Freelancers are all the worst millennials can be: self-absorbed, convinced of their own superiority, drunk on their youth, and demanding power and success.  One of the homeless men sums it up perfectly:

“You got your youth! And your money! And your powers! And all you do is screw over people who have so much less!”

It’s a perfect encapsulation of Freelancer philosophy, and it whets the appetite for the next confrontation with the Champions.  And given the ending, that’s going to be sooner rather than later.

CHAMPIONS #6 is another strong issue from Marvel’s millennial super team. It balances out a fun team-building story with a dark twist into what should be a great rivalry between teams and ideals. With storytelling and art this good, I’m already on edge for issue #7.