A group of teenage superheroes sees a California forest being threatened by protests of corporate development, and meet up in the Golden State to help calm the masses. Unfortunately, they’re forced into battle with a metahumans-for-hire group before watching a pair of huge monsters emerge from the Earth. 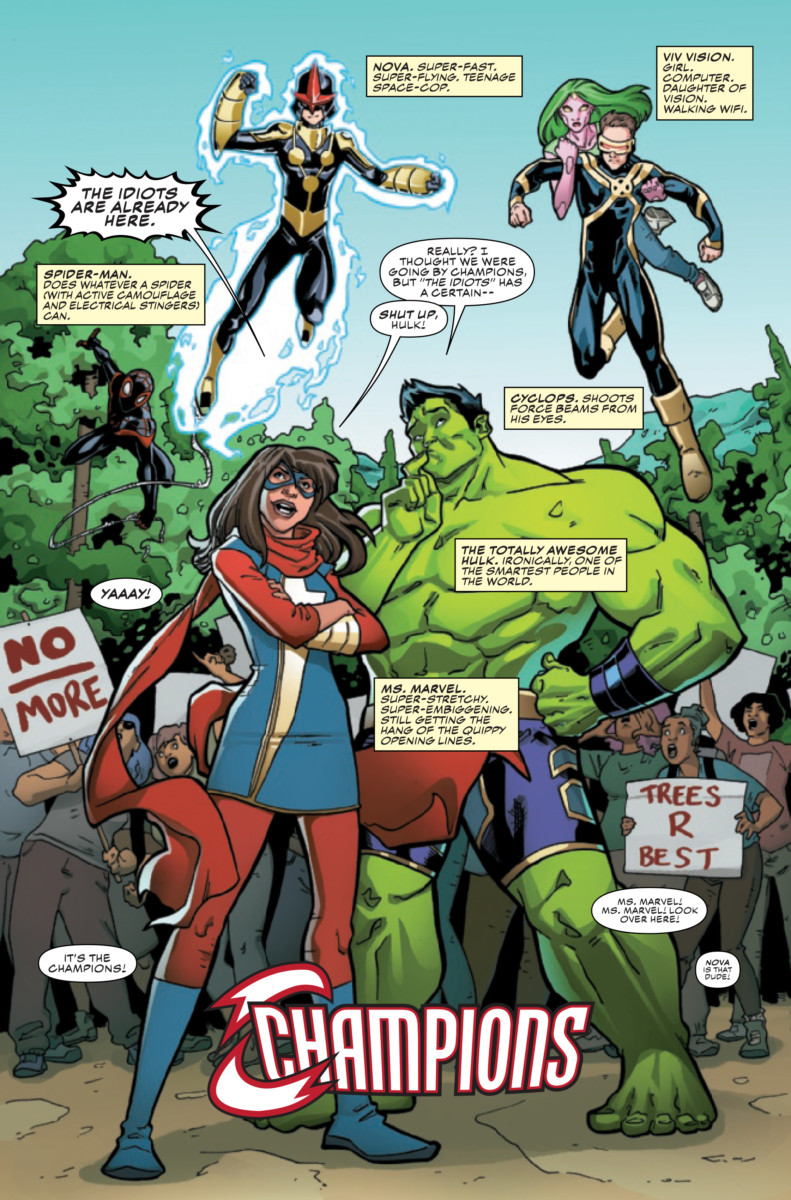 As you might guess, this book is a tie-in to the MONSTER UNLEASHED storyline going through several Marvel books. However, it still manages to present a snapshot of a super-team trying to find their own way while fighting off giant monsters. The Champions assemble in California because of growing tensions between the Roxxon company (which is trying to build an oil pipeline through a state forest) and the protesters vowing to halt them at all costs. The scene does bring to mind the Keystone and Dakota Access pipelines, but the real grab is watching the Champions try to deal with the situation. They want to find a peaceful solution to the problem, but Roxxon has hired the Freelancers, a group of metahumans that fight for the highest bidder, to safeguard their project. Jeremy Whitley does a great job of not only giving the Champions a unique challenge (an opposing team that is more amoral than evil and a combustible situation) but also creates a tension that quickly erupts into chaos. The Freelancers feign negotiations, but they quickly reveal their true purpose of causing a riot and getting Roxxon what they want. This is sadly easy to achieve as they have a pyro (Blaze) and a woman capable of creating illusions and mental suggestions (Panic). 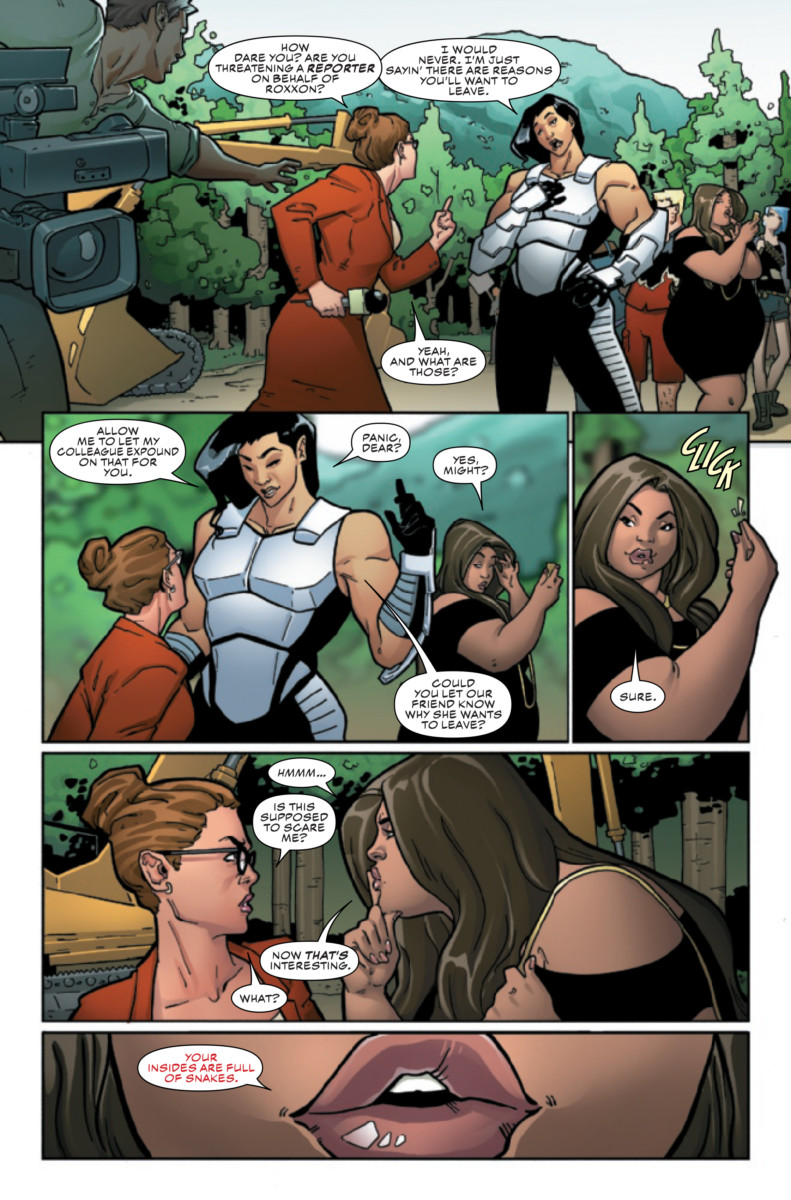 Her efforts are what set the protesters against each other, and she also manages to cripple Cyclops with his own insecurities (which is a darkly funny moment). The rest of the fights are filled with power moves, teamwork, and witty teenage banter that is an absolute joy to behold. I’ve written many times about how CHAMPIONS reminds me of the original YOUNG JUSTICE series, but they capture the same fun storytelling so well, it’s worth saying again.

READ: Like CHAMPIONS? We review the most recent issue of the regular series.

Speaking of fun, the MU story hits as two huge monsters erupt from the earth, one a lava beast, the other a lizard monster Ms. Marvel calls a “giant Gorn.” The Champions and Freelancers are forced to work together, as they focus on battling the monsters and evacuating the protestors. The resulting fight is epic, as Ro Stei and Ted Brant’s art creates a colorful GODZILLA-style battle, complete with Spider-Man and Crush (the Freelancers’ telekinetic) launching rocks at the lava beast as Hulk throws Might (the super-strong Freelancers leader) through the monster. We also get Kamala literally having a battle of the giants with the “Gorn.” While it allows Viv Vision to save the protestors, Ms. Marvel doesn’t fare so well. However, this allows for her teammates to come in and save her, doing some great team bonding in the process. The issue then ends with the group running off to stop another monster emerging in Los Angeles. If this issue is any indication, watching the Champions’ involvement in MONSTERS UNLEASHED should be a blast.

READ: Like monster battles? We review the latest GODZILLA reboot.

CHAMPIONS #1.MU is a roller coaster ride that still manages to have some good character work. While the fights are amazing, we’re also watching the Champions trying to keep growing as a team, dealing with situations that aren’t just solved by fighting. True, the issue is largely ABOUT the battles, but it’s nice to see that our heroes don’t immediately start throwing punches. The team building was excellent as well, with Ms. Marvel growing more into a real leader. Whatever happens next in CHAMPIONS, Kamala Khan is clearly the heart of the group and has to stay as long as possible. The team is building around her, and it will be great to watch her continue growing into her role. As long as we get more giant monster fights along the way.