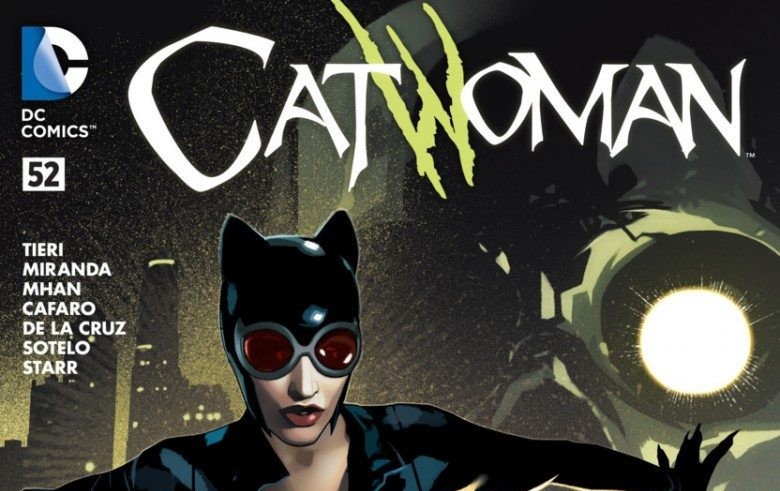 CATWOMAN #52, written by Frank Tieri with art by Inaki Miranda, is an enjoyable, tightly plotted caper which suffers due to its reluctance to explore Selina Kyle’s emotional state. After investigating the civil war within the False Face Society between Black Mask, Roman Sionis, and the mysterious White Mask in the previous issue, Selina finally uncovers the White’s Mask’s identity. 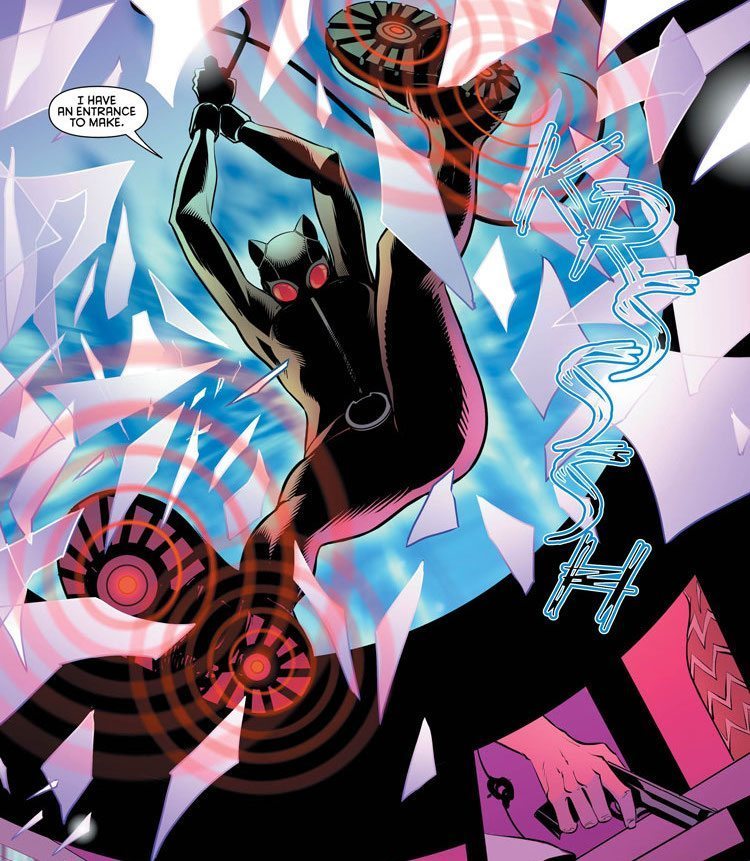 It’s her former lover, David Franco, who was supposedly murdered by Richard Sionis after completing a job for him with Selina many years earlier. Lo and behold, Franco is not only alive, he’s working for Richard and managing his criminal operations in Europe as the White Mask.

This is supposed to be a huge emotional betrayal for Selina Kyle, and maybe it is. Unfortunately for the reader, this is only the second issue we’ve even heard of Franco, meaning this reveal comes off as somewhat shoehorned and shallow. While that is the case, it is interesting to see Selina, a woman not known for her tender heart, declaring her love for Richard in the flashbacks. Selina’s steely exterior during her confrontation with Black Mask and Franco in the present makes for a cool moment befitting her character and the crime caper aspect of the story. However, it’s the last issue of her solo series, and with no series post-Rebirth announced yet, it would’ve been nice to see inside her head a bit and understand how this betrayal affected her. Selina Kyle is an interesting character because her devil-may-care attitude may hide her true feelings and we don’t really get to see anything more than surface level evidence of that in this issue with regards to David. Most likely, the “Faceless” arc was meant to run a bit longer and was cut down due to Rebirth.

READ: Check out our review of CATWOMAN #51 and get all caught up for DC’s REBIRTH!

Tieri’s dialogue never feels campy or goofy, but it also never reaches completely memorable heights either. Miranda’s art is immensely captivating, with the bright neon red lights of Gotham City in the present contrasting nicely with the dull browns of the Sionis household in the past. The flashbacks emphasize the normal, while the present focuses on all that Gotham City weirdness fans know and love. Catwoman’s entrance through a glass window is particularly stunning, setting the tone for the odd environments and characters.

Even acknowledging those flaws, the book is a solid read, with nice visuals and a fun, if somewhat hollow, plot that focuses too little on the characterization of both David and Selina. The book’s main strength is its pacing, which zooms along at a brisk, thrilling pace. As the middle chapter of a three part arc, it would’ve been great. However, for a conclusion it’s merely good, as it’s unclear what changes Selina has truly gone through. It’s unfortunate that the series has to end now as there’s a great deal of material to explore, especially how this betrayal impacts Selina’s future relationships and Black Mask’s power grab.