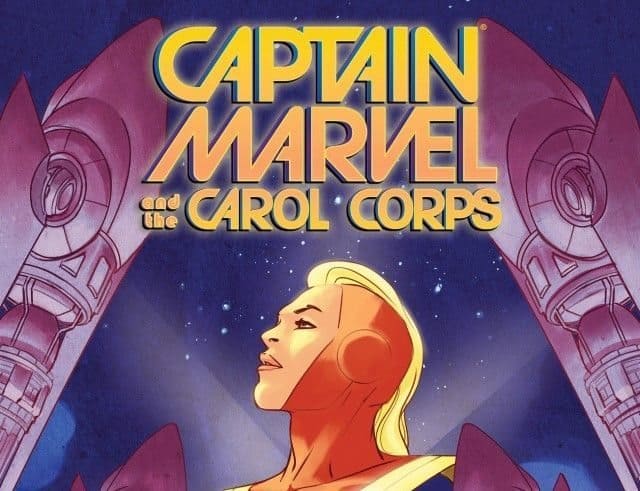 It’s finally time to start wrapping up these Secret Wars Tie-Ins, and today, or technically yesterday, is the end of CAPTAIN MARVEL AND THE CAROL CORPS. Between Thors that may or may not include life long friends and fighter pilots that want to kill Carol while also respecting her, there is a lot here to sift through so let’s dig in!

The issue begins right where the previous one left off with Carol saving Helen from a catastrophic airplane explosion, but the bigger problem now is that because Helen jumped the gun everyone is now alerted to the Banshee’s plan. In order to deal with this the Carol Corps decided that they got to get the hell out of dodge right now. The Baroness catches wind of their plan and sends a squadron after them in what turns out to be the most respectful fire fight that has ever been depicted in comic book history.

LISTEN: Love you Kelly Sue DeConnick? Check out our look at her series with Valentine De Landro, BITCH PLANET! 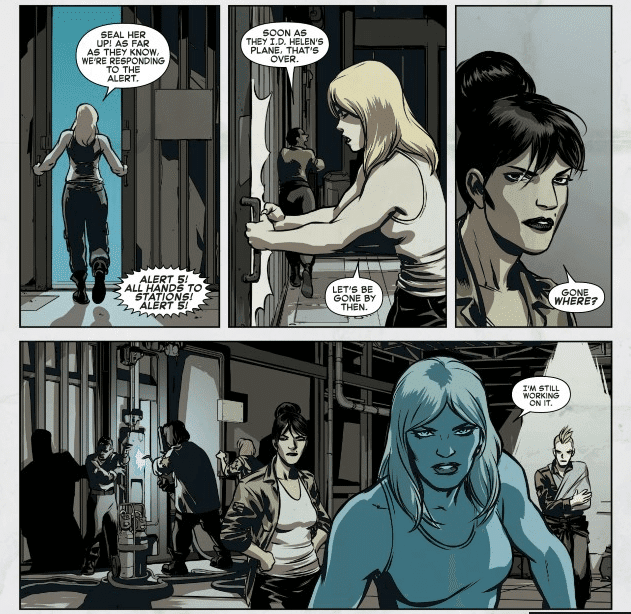 Our brand new and final issue begins with the Thors Corps hot on the Banshees’ tales. In order to subdue them, Rhodey and Helen volunteer to stay behind in oh so valiant fashion, however, that moment is cut off by a stand-off between Carol and Kit. It appears as though Kit has made up her mind about where her allegiances lie, but occasionally people surprise you. And after one of the best battles I have ever seen occurs between the Thors and the Corps, Carol and the banshees ride off into the sunset, or in this case, the void.

Overall, I have enjoyed this series well enough, and like a good soldier it has followed all of its orders. It does what I require it to. It makes me chuckle (I’m actually convinced that I want THORS to continue after Secret Wars is over and I want Kelly Sue DeConnick and Kelly Thompson involved because I’m convinced now that they understand how to make the tone of Thor funnier than anyone else).  It gives me a feminism, in a way that I totally dig. (How is this feminist, you ask? Well, I’ll tell you baby birds.) Not only does it have a kick ass group of ladies all working together, and they are all different, but it also is a comic that is populated by basically only females. The main antagonist, the Baroness, is female. Everyone that works in the military is female. All of the fighter pilots are female. The only male in the entire group is Rhodey and some of the Thors.

READ: Just cause SECRET WARS is coming to an end doesn’t mean there isn’t anything left to talk about. Check out our review of ATILLAN RISING #5!

Furthermore, not only is this a comic that is populated by females, but it is also a comic that is about people and not about women. Meaning that the comic doesn’t treat their problems as female problems. No, these are just the problems and conflicts that these women run into. I probably make plugs about how important representation is for females almost every time I write about anything that Kelly Sue DeConnick is involved in, but this is yet another example of awesome representation, and I think it is important to pay a little attention to that. So everyone take a moment, appreciate the feminism…. Okay. Good. Moving on. 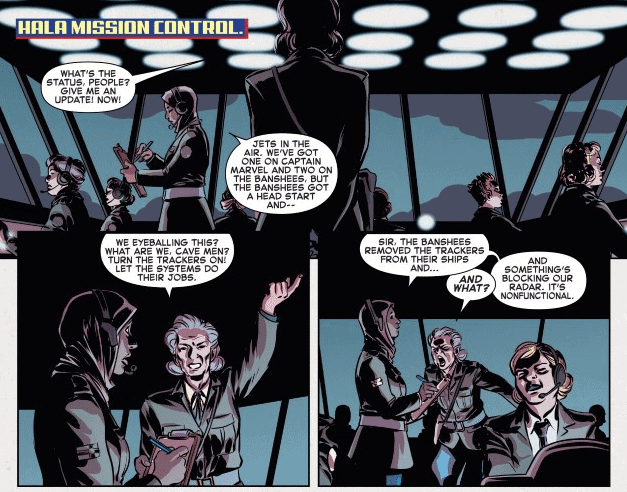 Another aspect of these issues that I immensely enjoyed was the fact that, unlike A-FORCE, this was a comic that dealt with the mystery behind Battleworld’s creation without allowing it to bog down the story. Instead of making it a story about discovering the secret plot behind this non-sensical creation, DeConnick and Thompson turn it into a way to explore something interesting about the team and Carol. They are the type of people who seek something bigger and better, which is beautifully amplified in the last page of this arc. This also gives us a nice call back and homage to the initial arc that began DeConnick’s amazing run “Higher, Further, Faster, More”, which first ran in 2012. 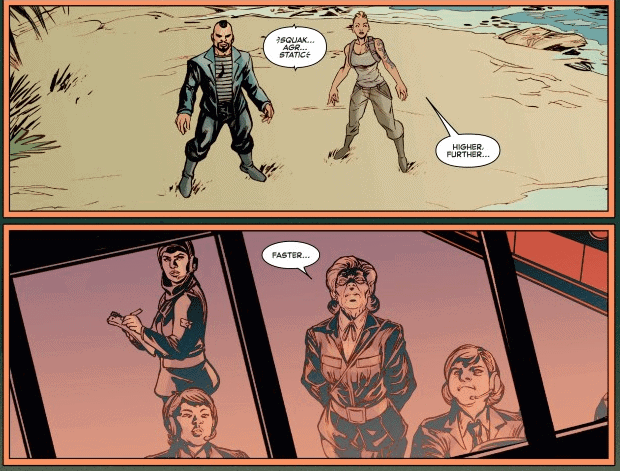 READ: Who doesn’t love a kick-ass female? Check out our look at the amazing Spider-Woman known as Silk!

When it comes to the art, it is a little difficult to give a definitive opinion on these issues because they were drawn by different people. Issue 3, drawn by David Lopez, once again charms me as it always does. This time around I was really struck by the mood lighting in Hala Mission Control. It truly felt cinematic, and it really adds to the vibe of the entire issue. Issue 4, drawn by Laura Braga and Paolo Pantelena, has a very different feel, and I have to admit that I don’t get quite as much enjoyment out of this style. The most notable change is that everything has more of a painted feel, and I think that it works really well sometimes. Other times, it doesn’t work quite as well. When there is a close up of someone’s eyes or a large landscape shot, for example, the panel feels electric, but some of the panels that depict people talking feel extremely flat. 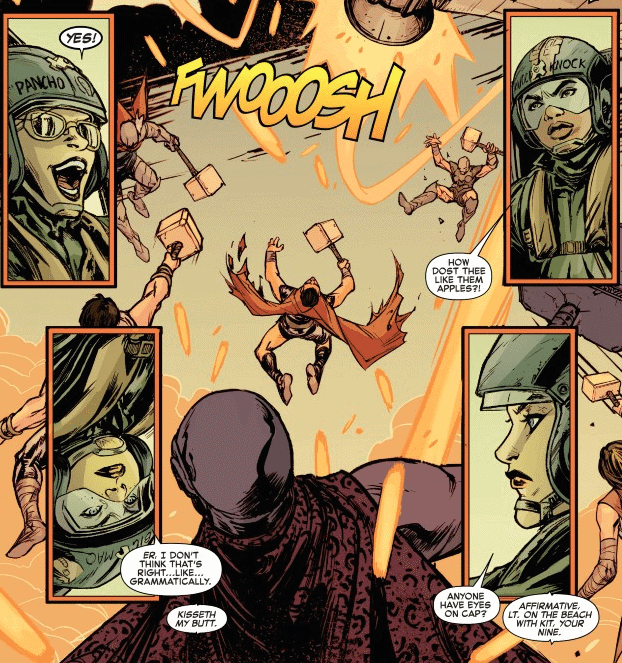 As we know, this is Kelly Sue DeConnick’s last time writing Captain Marvel for the foreseeable future, and I have to say that this issue is a lovely end to her work with the character. Between her call back to her first arc, and DeConnick and Thompson’s ultimate statement that Captain Marvel is about doing what is right by exploring all options, I can’t think of a better end to an above average Secret Wars title. We salute you Cap, and we salute you Kelly Sue. Thanks for taking us on an amazing ride through the stars with Carol.