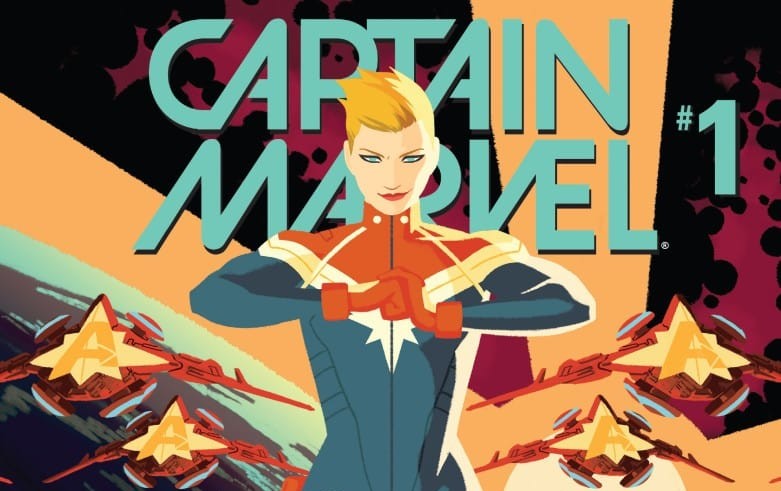 Captain Marvel and a new version of her corps have finally returned to the Marvel Universe in CAPTAIN MARVEL #1. But can Carol handle her biggest challenge of all time, waste management diplomacy and paperwork?

We begin with a flash forward to Carol kicking some serious asteroid ass. However, this is not where the story begins. No, the story truly begins with Captain Marvel deciding to become the commander of the Alpha Flight Space Station, the world’s first defense against hostile aliens. But once Carol arrives, it becomes painfully clear that what might have seemed like a romp in space, could end up being little more than a desk job. Do you think Carol is going to stand for that? (Me neither.) 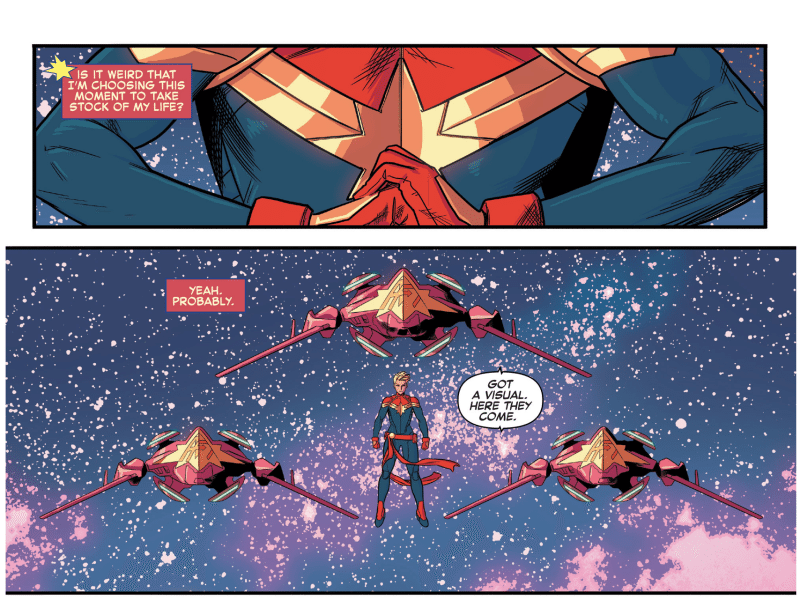 READ: Need to catch up on Carol Danvers? Check out our review of the finale of CAPTAIN MARVEL AND THE CAROL CORPS!

It must be hard to take over a book that is so famous for its writer. Kelly Sue Deconnick is a tour de force, and very well loved by our site, but I have to say that while this book may be headed up by a new team, it does not suffer for it at all in quality. One of the best things about Carol’s personality has always been her spirit. She always wants to dive in head first, but at the same time, she is also a pragmatic leader. This is what makes Carol such an interesting character; she is a balance between order and chaos. Tara Butters and Michelle Fakezas, who in their off time are the creative team behind AGENT CARTER, have managed to stay true to this kernel of Carol, and everything else just falls into place around her. Rocket Racoon and Rhodey have lovely cameos here, and both Alpha Flight and Puck are colorful additions that seem like they are going to be even more fun than CAPTAIN MARVEL AND THE CAROL CORPS’ group.

It is no secret that first issues are critical in the comic world, so it is a given that the story needs to be totally solid. While some other Marvel re-launches have failed to grip the reader, CAPTAIN MARVEL does not have that problem at all. Butters and Fakezas give the story proper intrigue, and an excellent cliffhanger, while also telling a nice self-contained story about where Carol is in her life. Is she ready to step back into just a leadership or role or does she need to be a fighter on the frontlines? As Captain Marvel says, “It’s just that some things really, really need punching, and I am very good at punching things.” The idea that Carol may not be ready to give away the physical aspect of her heroism, which is also echoed nicely by just how ripped she is, is an interesting and new story that I am excited to see unfold over the next few issues. 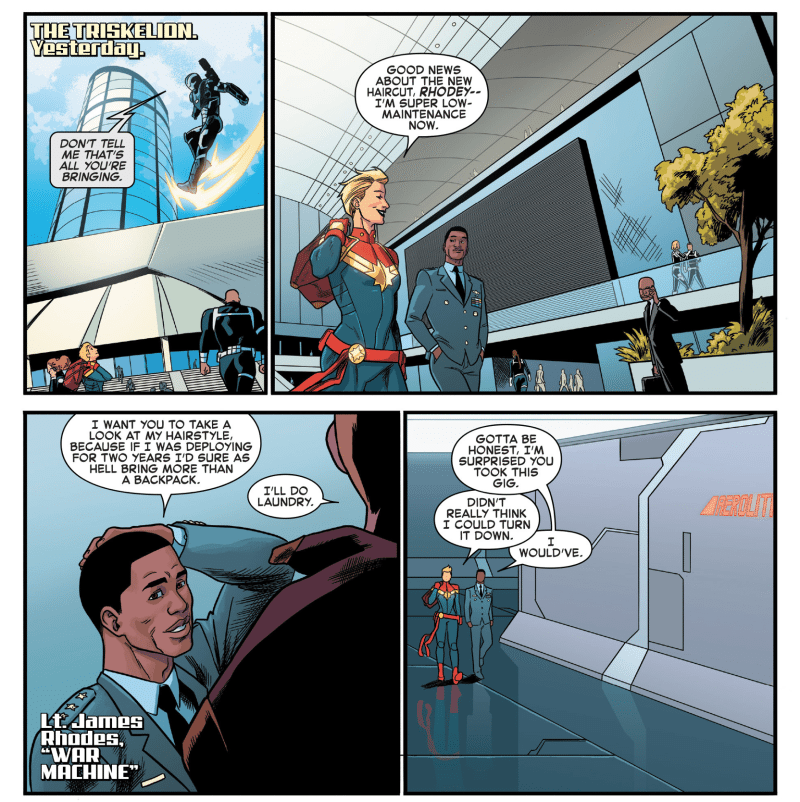 LISTEN: Interested in learning more about another totally kick-ass leader? Check out our podcast on X-men’s Storm!

In addition to having amazing character and story, CAPTAIN MARVEL also has some truly beautiful art and colors by Kris Anka and Matt Wilson respectively. Space is always a beautiful locale for Carol, and this comic gives a fresh take on Carol’s typical background. It walks a nice line between reality and heightened reality that is particularly appropriate when you are dealing with a hero that has very real emotions while also having the ability to breathe and fly around in space. And while Carol’s character outfit hasn’t really changed, her physical form, in a slight departure from previous portrayals, is more muscular and impressive than ever. Captain Marvel is literally a super strong woman now, which is a nice and bold direction for a comic to take. I have always thought that there is a slight disconnect in the art when a female character is supposed to be super strong but still sports a slender physique – Thor and She-Hulk, however, have also recently been getting some more muscles, so maybe that trend is on the outs.

Overall, CAPTAIN MARVEL fans should have nothing to worry about in this new beginning. Carol is still Carol, and it looks like this new creative team has no shortage of ideas for stories and ways to test what really makes this woman Captain Marvel. Basically, CAPTAIN MARVEL is still a bad-ass comic that packs a hell of a punch – Sorry, I couldn’t help it.