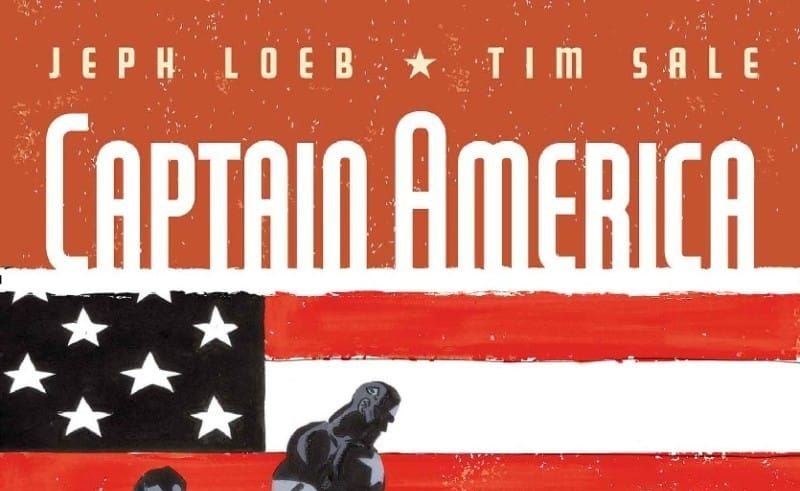 CAPTAIN AMERICA WHITE by Jeph Loeb and Tim Sale is finally complete. After issue zero launched in ’08, the rest were never released and the series was almost forgotten. Last year it finally came to fruition, and it is now collected in one convenient volume, including the original issue #0. Brimming with color, full of spectacular action sequences and funny, heartbreaking, and honest character moments, this book was well worth the wait.

READ: Excited for Cap’s next movie? Click here to read about why CIVIL WAR is a misleading title. 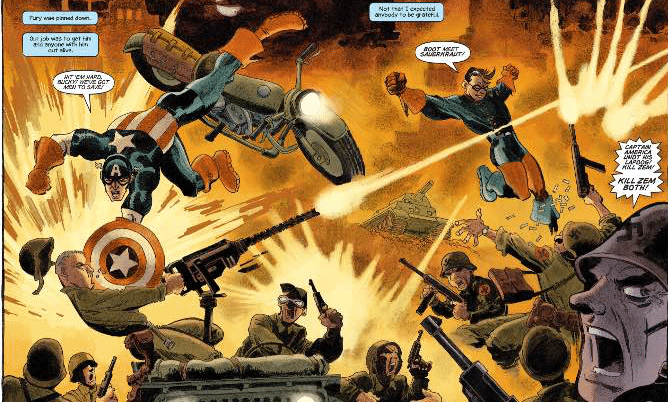 WHITE is the fourth entry into Loeb and Sale’s “color series”, following HULK: GRAY, DAREDEVIL: YELLOW, and, the best of the bunch, SPIDER-MAN: BLUE. Each story finds its titular hero dealing with the loss of a lover, friend, or family member. In doing so, they re-tell a story from their past in an attempt to cope. In this tale, Captain America attempts to deal with the death of his best friend and former sidekick Bucky Barnes. He looks back on his early days with Bucky, getting the suit and going behind enemy lines in France with Nick Fury and his Howling Commandos.

Loeb, as always, finds a way to take a story we all know and make it break our hearts all over again. Hearing Captain America ache over the loss of a friend is like seeing your dad crying for the first time. It takes a lot to tear down such a brave man, and Loeb doesn’t let us forget that. Over the course of five issues, we see the father-like figure Steve was to Bucky and the relationship that grew in the face of war. The battles that ensue in France are entertaining, and the added weight of Steve’s inevitable guilt makes them heavily engaging. It’s marvelous to see these characters grow and bond in wartime, something that doesn’t happen often in a mainstream superhero book.

Steve and Bucky aren’t the only characters in the story, though. Nick Fury and his Howling Commandos are given more than a few moments to shine. Watching them go from laughing at Captain America to eventually fighting proudly next to his side worked really well. It was nice to see an old gang get a new arc.

Loeb’s spectacular writing is only half of the book’s brilliance. Tim Sale, as he has done many times before, does things with his art that no other artist in the business can seem to do. The raw emotion he captures on his character’s faces is second to none. The colors and the classic-style bodies make the book feel unique and old, like it really was straight out of the 1940’s. It’s a kind of art that is extremely rare today, without flashy colors and glossy looking explosions. It is, for lack of a better and less redundant term, beautiful. 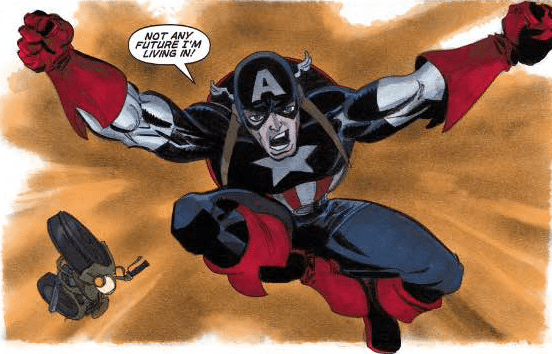 The key to Loeb and Sale’s success in these series comes from the inner core of the characters. To take a popular character like Captain America and retread old waters is a dangerous task. When the character is coping with a loss and the immense guilt of getting a friend killed, the book feels fresh with every page. It’s a worthy addition to Loeb and Sale’s canon, and over time it could find its way to the top of their works. Until then, we can all only hope this isn’t the last time we’ll see them working together.