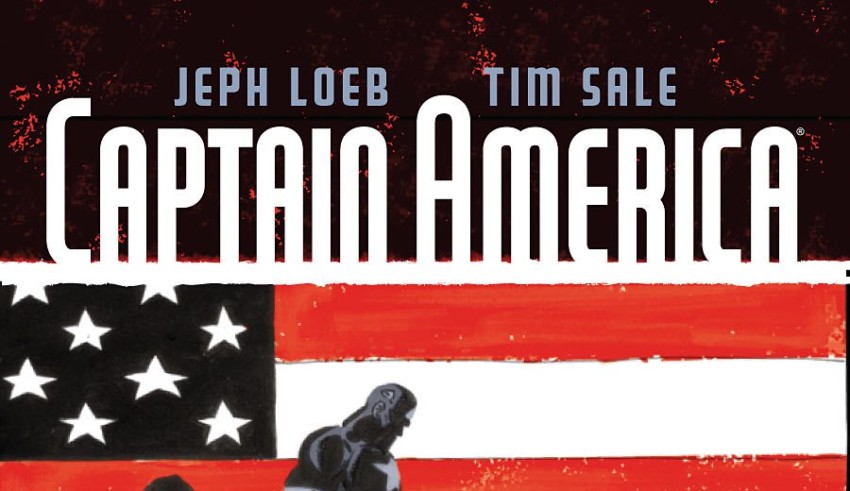 And so ends one of the most anticipated mini-series in recent memory. After the years of waiting following issue 0, CAPTAIN AMERICA #1 hit the stands, and I was enthralled. Now the final issue arrives. After 4 solid issues, is CAPTAIN AMERICA: WHITE #5 a worthy ending to this epic series?

READ: Sam Wilson takes on the mantle in our review of CAPTAIN AMERICA: SAM WILSON #1!

The Red Skull has Bucky held hostage atop the Eiffel Tower, and Steve must make an impossible decision. Save Bucky or Paris? If you have been reading this series, we all know the answer to that one. Both. Captain America is capable of doing the impossible. In Loeb’s and Sales’ hands, Steve Rogers is the stuff of legend, able to carry out impossible feats of daring, while offering messages of hope, in an action-packed issue that could be mistaken for something from the Golden Age of comics. The Red Skull is dastardly, Bucky is trapped, and Cap has one chance to solve everything. It has all the ingredients of an exciting finale, and it doesn’t disappoint. 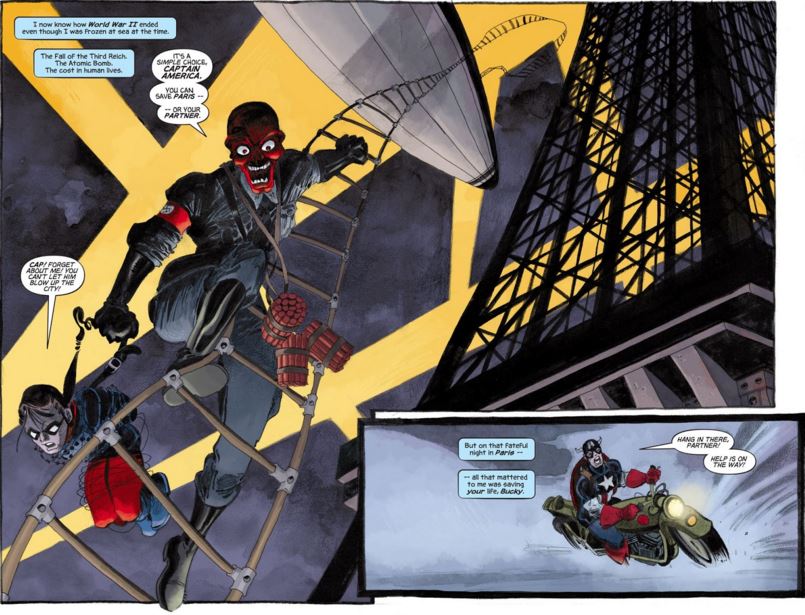 Jeph Loeb fills his script with excitement and humour, but at its heart, it’s a walk down memory lane for a grieving Cap. As he leaps out of a zeppelin or punches the Red Skull, he questions his role in the war effort and how he views Bucky. It never becomes depressing or too introspective, but it’s a nice balance of a righteous hero who questions who he is.

READ: See how it all began in our review of CAPTAIN AMERICA: WHITE #1!

Sale has never been better, firing in all cylinders as he creates a set piece which sets up most of the book. Sale’s Cap is dynamic, always poised for action. The action itself is pretty spectacular, whether driving a motorcycle up the side of the Eiffel Tower or having an epic brawl with the Red Skull atop a zeppelin. It’s like an action serial from the 1940’s. The panels are full of movement; no one is ever still, everything is in flow, and it reads for an exciting tale. 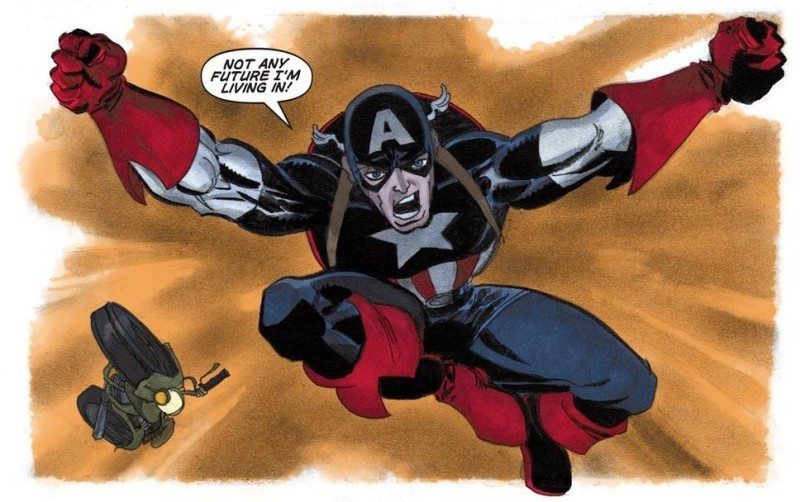 Colorist Dave Stewart has added so much to the series and ends it all on a high note. His colors are dark and rich, full of light and shade. It brings a world of inks to life, and the work he does makes it feel like we are in a different era. The dark grey skies looming over head and the beams of light shining through Paris give the reader the feeling of experiencing a city in a state of war. Richard Starkings has quite the job, lettering around the glorious artwork, with a wordy script by Loeb, but he makes it work, adding pacing to the words and adding to the art. Everything about this issue works, and I for one am glad it ended on such a high.

This is a classic Cap series, and for all you Marvel fans that want something that harks back to a different age, this is the perfect book for you. While this series may have ended, it has been enjoyable the whole way through, and is a remarkable read. Get on it True Believers!

READ: Stan Lee recalls his first Cap story in our review of his memoir AMAZING FANTASTIC INCREDIBLE: A MARVELOUS MEMOIR!