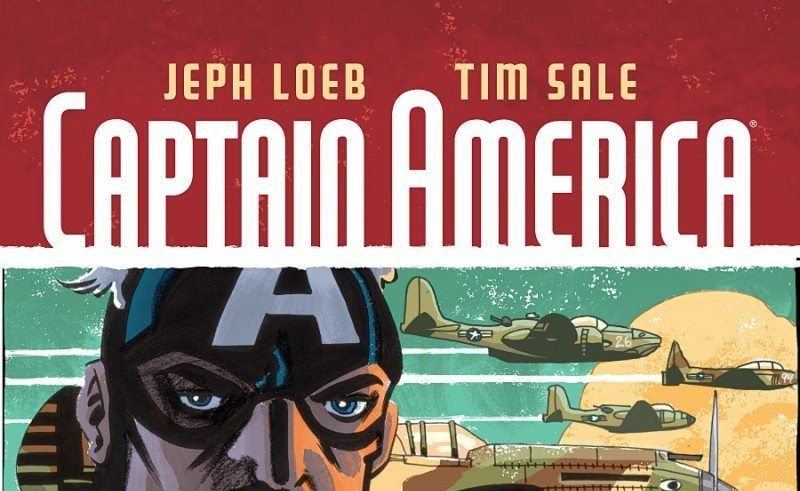 Paris, the winter of 1941. The Red Skull is holding a rally where he convinces all that he is the Savior of Paris. Hitler wants it destroyed, Herr Skull wants it in one piece. But as we all know, he isn’t known for his honesty.

He is standing only twenty yards away and the tension is palpable. While the Resistance and the Howling Commandos watch Skull’s speech with mounting anger, Cap decides enough is enough. He’s going after the Skull. Then Marilyne steps in and stops him in his tracks.

What happens next is a blend of high emotion, sexual tension, politics, betrayal and an Eiffel Tower full of explosives. Marilyne and Cap clearly have some sort of attraction, but her first love is France, and Steve is still just a man who can make mistakes. And his assumptions about Marilyne aren’t the only bad calls he makes, as he also almost reveals Bucky’s identity. 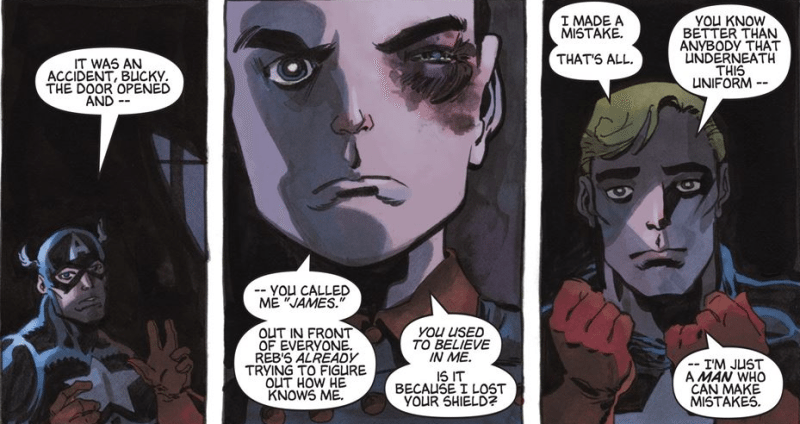 Loeb clearly loves Cap, and this series has been a continuous exploration of the Sentinel of Liberty. This is the first issue that starts to tackle more than the myth, but the man inside- the awkward fool who gets torn between his ideals and his emotions. He is one of the most human of heroes, and it hits home on more than one occasion. He also writes a Red Skull that harks back to the early days of villainy. He is an almost twiddly-moustached villain (minus the moustache) who revels in his evilness. It’s a great blend of humanity and high adventure.

Tim Sale continues to excite with each page, and it’s always a struggle to select what panels to show the readers, as each one is a testament to his great art. Some of his panels capture the perfect action moment, or a small closeup of an eye conveys everything you need to know. His Skull design is fascinating in it’s ugliness, as he resembles a rat- nasty, vicious, and riddled with malice. 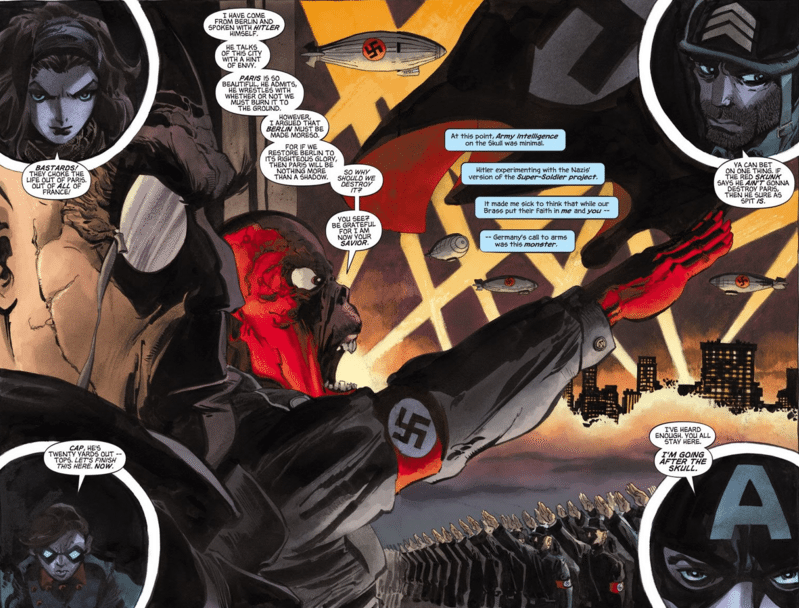 Dave Stewart on colors shows Paris almost on its knees, a dark cloud hovering over the city. Everything is in half shadow. The quiet of the night, a hint of light in the darkness; it lends so much to Sales art, it could be a weaker book without his scene setting work.

With only one issue left, it will be sad to see this series go. It is a strong contender for the best mini series Marvel has done this year. Full of joy and vigour, CAPTAIN AMERICA: WHITE is perfect super hero storytelling. I would say they don’t make them like they used to, but thank God they still do.

READ: Sam Wilson takes up the Shield in our review of CAPTAIN AMERICA: SAM WILSON #2!