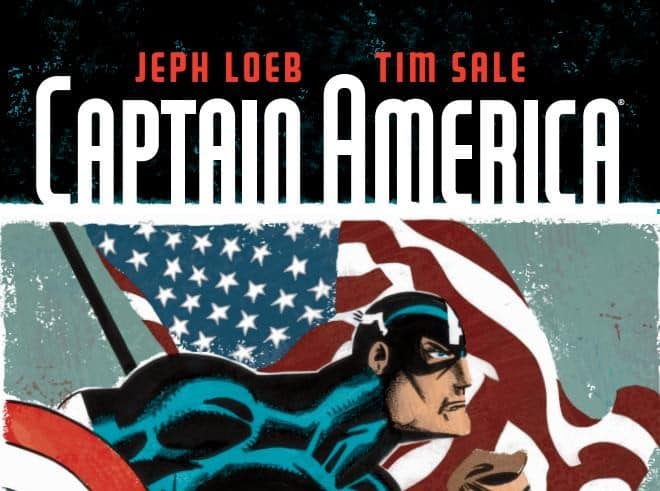 CAPTAIN AMERICA: WHITE #2 deals with the harshness of War!

That one word can be bandied around a lot. But when Steve Rogers says it, it comes with a lot of meaning.

CAPTAIN AMERICA: WHITE #1 was all about the set-up, who the players were, and it gave us a sense of wonderful adventure. #2 still gives us a grand old time, but its also a balancing act between hope and despair.

Our heroes are lost at sea for most of the issue, and through an astounding combination of pencils, colours and words, the tumult of the sea seems very real. 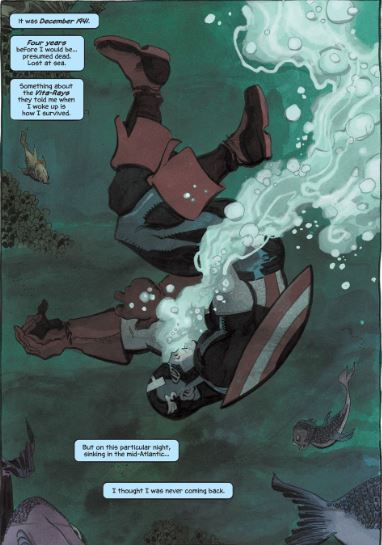 It begins with Cap drowning, and with Sale’s art and Dave Stewart’s colours, you can almost hear the aquatic death kneel sounding for him. Meanwhile, above the water, the oranges of the downed plane light the problems of the perilled soldiers. While the Howling Commandos take it in their stride, Bucky is frantic to find Cap.

When he does, in order to save him, he makes a drastic decision. And as that those dark blue panels show the results of that decision being lost beneath the sea, hope once again bursts out of the sea as Cap and Bucky make it.

As the light dims, and the shadows crawl in, and the sea becomes colder, Cap shines brighter. He is by no means a naive man, but he brings a firm positivity to the group. There is no way these men are lost; they will get to shore, they will complete their mission. Cap is earnest and 100% believable in this conviction, and you do not doubt him for a moment. This is a hopeful Cap. Strong, sure of himself, confident and convicted. Sale provides plenty of moments of Cap’s determined eyes, and smiling mouth, with some nice poses that let us know Cap means business. 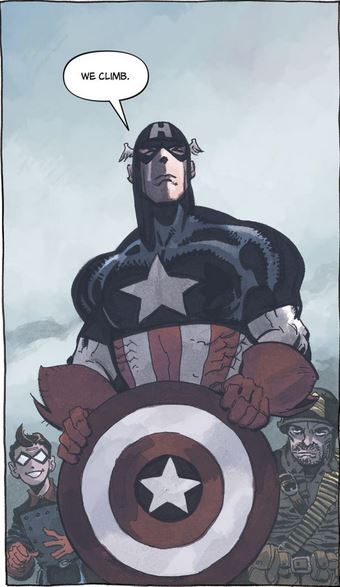 While this is another strong issue, and there are some brilliant moments, with a glorious cameo from a prince of the sea, the praise this issue should go to Dave Stewart for his colouring on this issue. The slow paced dying of the light from the burning plane, the fog shrouded beaches, the dark murky depths of the sea. A lot of the feeling and emotion comes from his colours and adds the light and shade to Loeb’s heartfelt script. It’s a stellar job and gives a wealth of character to an already strong book. 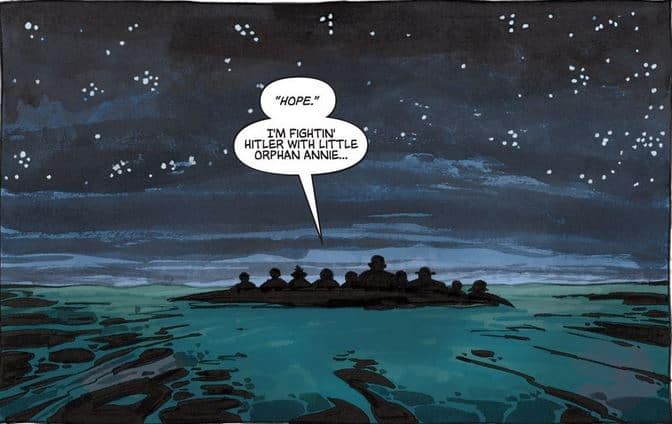 As second issues go, it doesn’t rest on the laurels of a great first issue. It packs an emotional wallop, raises a few chuckles, and reminds you that fantastical things can happen.

This series has all the markings of one of Marvels strongest series this year. This is pure comics, make sure to get on board!